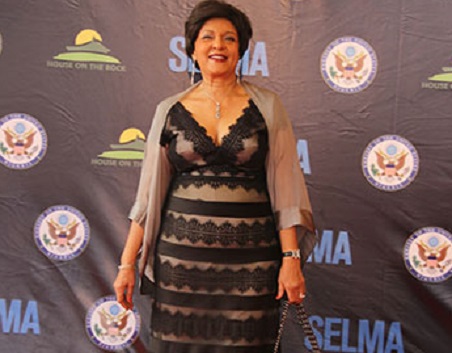 Grace and Mabel Ibru, daughters of Mr. Alex Ibru, the late publisher Guardian news­paper, have sued his widow and their step-mother, Mrs. Maiden Ibru, and seven of their father’s investment companies over the management of  four of their late father’s companies.

Here is an excerpt from Daily Times’ report;

They stated in a 54-paragraph petition that Maiden Ibru and her brothe, Alexander Thomopulos who are not shareholders in any of Alex Ibru’s investments have become parasites and impostors on the deceased’s investment and estate.

The petitioners said Mrs. Maid­en Ibru and her brother have been unlawfully representing and hold­ing out themselves as agent, rep­resentatives and the alter ego of the late Alex Ibru’s investments as they claim that the restraining order of the court did not cover the late Ibru’s corporate assets.
They said that Mrs. Maiden Ibru’s ultimate ambition is to un­lawfully ride on Alex Ibru’s estate companies to become the Chair­man of Ikeja Hotels Plc and there­by consolidate her position as a “de facto and maximum control­ler” of Alex Ibru’s estate and to finally dissipate them to the total exclusion of all the beneficiaries of Alex Ibru’s will, including the first three children of Alex Ibru, born by his first wife. They prayed the court for an order restraining Ibru’s invest­ment Companies from selling, mortgaging or otherwise dispos­ing of any of its properties and assets, movable and immovable, pending the final determination of the cases as well as restraining the respondents from causing any of their records with the CAC to be changed or altered.