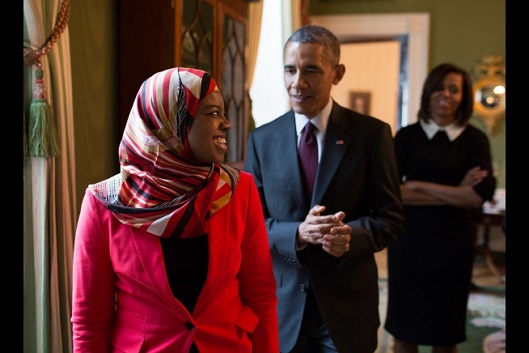 A 19-year-old  Nigerian-American woman, Saheela Ibraheem has been honoured by  the US President Barack Obama and Michelle Obama during Black History Month.

Saheela got into Harvard to study Neurobiology at age 15, she speaks four languages and has been listed among the “World’s 50 Smartest Teenagers.” She was also offered admission by 13 other top colleges in the United States, including the MIT, Princeton, Columbia, and six Ivy League institutions, but she chose Harvard.

Watch Barack and Michelle Obama talk about her in the video below;