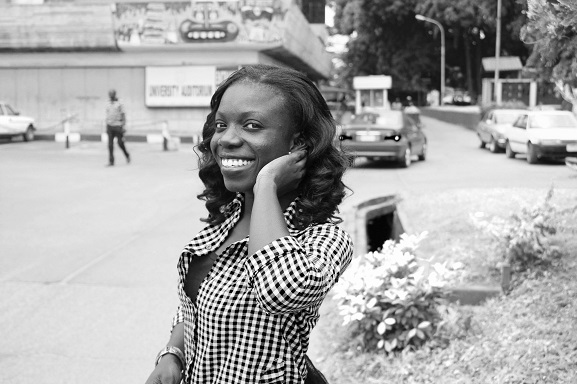 The Nigerian Elections are over, and I am very grateful for the success of it all. I am happy for the presidential and vice president-elect General Buhari and Prof. Osibanjo I know these guys are going to roll their sleeves up and get dirty driving the change we Nigerians are looking forward to.

I have wanted to write this for a long time; the topic has been entrenched on my heart for a long time. I have talked about this in little gatherings but not until now did I actually sit down to write it out to publish on this blog.

You know how way back people thought politics was evil, you had to get yourself in all sort of things that would mess you up in the end. They said politics was a dirty game, some people still think this way about politics and it is actually not an easy landscape to thrive in this part of world without your connections and your back up (god father). With the new wave of democracy I see a lot things changing and more credible and reliable people stepping up to public service.

Growing up in my mid-teens I had always complained about the street leading to my house, the road was terrible; being an area that was still developing, not a lot of attention was paid to that axis even till date. When we drove out of the house I would complain, when it rained and I was sent to buy something out of the house I would be cross because the road was flooded and I had to walk a distance before I got to the community supermarket to buy anything.

Whenever I came back I would complain to my dad. Why were our roads this bad? Why hadn’t anyone come to fix it? Who was our local government chairman? What the heck was he doing about this? My dad being so patient would explain that it would be fixed once they were ready to. They never fixed it, the roads were very much the same till the houses in my neighborhood decided to do something about the road to the best manageable standard.

Recently, I had an interesting discussion with a teenager who wondered why her mates were really not bothered about Nigeria and why they all looked forward to traveling abroad to study and live life from there. This in itself isn’t bad but the aftermath is when they return with a desire to make a change they would find that it was too late and their counterparts who attended public schools who were exposed to the hustle earlier, street wise guys are the ones in the civil service, government establishments, the local government chairmen, who establish the bottle necks, who believe in boycotting processes just to favor their kin, who would trade competence for tribe, religion and ethnicity.

This tells me the value system at the grass-roots (schools & communities) and how much intervention it needs. It also brings to the fore front the need for value orientation among civil servants, yes it’s hard for a leopard to change its spots but something can be done; but most crucial of all is when intelligent and competent people refuse to play a part in national development, when we turn our cheek, when we pretend that what goes on in our communities isn’t any of our business.

When we ignore that we have a role to play in our individual communities, we do ourselves a disservice because we leave it to hustlers (thugs) to run our communities and complain when things go wrong. It’s our fault!

The grassroots have potential and when positively engaged they become willing and responsible citizens in our communities who will in turn influence the people in their circle of influence and like that it has a ripple effect.

Please don’t turn the other cheek get involved in your community, you have something to add.

Let’s build a strong and credible Nigeria together!