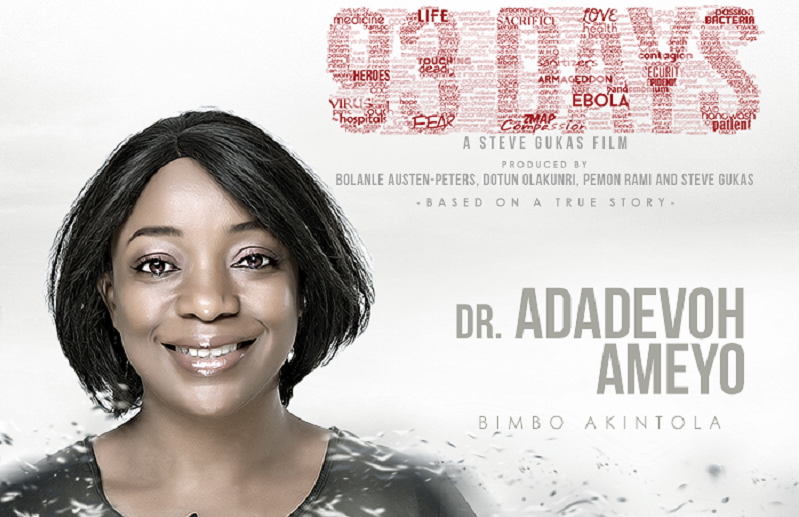 In an interview with Saturday Beats, Bimbo Akintola talked about the challenges she faced and discoveries she made whilst shooting the new movie 93 Days.

The movie 93 Days is the adaption of the last days of Late Dr Stella Adedevoh who was the lead Consultant at First Consultant Medical Centre whose heroic acts significantly limited the spread of Ebola virus in Nigeria in 2014.

According to Bimbo Akintola, playing the role of the late Dr was so intense and challenging.

Below is an excerpt from her interview:

It was very challenging playing a real life role lived by somebody else who is already gone. Everyone had one thing or the other to say about her and that made it a bit more difficult for me. It is in the course of reading the script that makes you understand what the person did in real sense and how much effort they put in achieving their target. For instance, the late Stella never chose to become a hero but when she realised what was happening, that Ebola was in her hospital, they didn’t run away, she stood up to the challenge. She and other victims became true heroes and heroines and we must understand the fact that we have lost some of them and they died for us and we must respect that and honour that; it is amazing. Also, what I am channelling at the end of the day is her courage. She was extremely courageous, her warmth, the fact that she was the mother to so many people, the fact that she had principle that she lived by her stubbornness, because if she hadn’t been a little stubborn, the story would be totally different .So those are the things I am trying to channel and just show people who she was by showing her character, things that she believed in and the idea that she believed in.

“She was extremely courageous, her warmth, the fact that she was the mother to so many people, the fact that she had principle that she lived by her stubbornness, because if she hadn’t been a little stubborn, the story would be totally different”

“She was such an amazing person I can’t explain how amazing she was. I keep saying amazing because I don’t have any other word to use. If you had a conversation with one person that knew her, you would understand what I am saying.”

Late Dr Adadevoh’s heroic act of insisting on the placing Patrick Sawyer on quarantine despite pressures from the Liberian Government curbed the wider spread of the disease. On 4 August 2014, it was confirmed that Dr Adadevoh tested positive for Ebola virus disease. She died on19 August 2014

May her gentle soul continue to rest in perfect peace.

PUNCH has the full interview