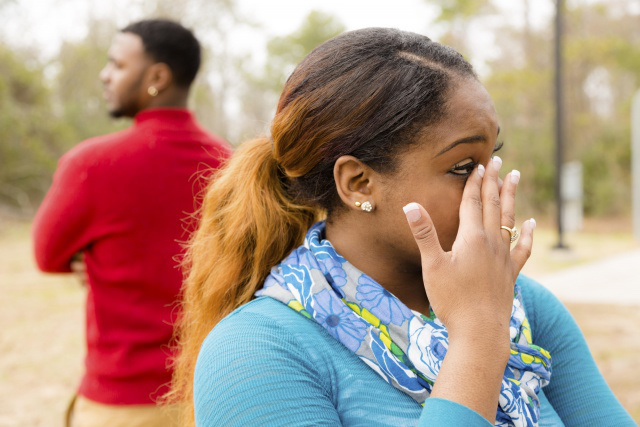 This is just a short story of my life, my experiences, my mistakes and lesson learnt.

I have to say that I am a beautiful, intelligent, young lady.

I got admission into the university at age 17 and graduated at 21. After my graduation I waited a few years for my national youth service since my University had issues to settle with NYSC. Then, the pressure to get married from my mother was too much to handle. Did I mention that I’m her only daughter, so you can imagine what the pressure felt like.

The marriage issue was not only to get married but to a man from the same state was one of the requirements. Meanwhile, I have mainly dated people from other states which was a no- go area as far as my mother was concerned and she rejected them without looking twice. The battle continued with lots of fight and outbursts, then I mentioned to my friend (a guy friend of mine who usually advises me on issues). This friend of mine called one day and told me about his friend/ cousin who was looking for a wife and asked if he could give my phone number to him, which I agreed to.

The guy called me later and we spoke, the communication continued until he came over to the city where I reside and work to see me. After that we agreed to get married and he travelled back to his base since he lives outside the country. I informed my mother about him and the marriage plans, she was really happy and set out to make enquiries about him and his family. She was happy because this time the man is from our state, I also told her I’m agreeing to this since he has the state requirement she so much wanted. My mother said that I should relax that with time I will get to understand and love my husband.

On his return back to the country after about 2 months, we went home and the traditional rites/ bride price was concluded. I became a married woman and hoped for a happily ever after life.

He returned back to his base to process my visa and all to join him. I went back to my city to organize myself before I travel. I resigned from my job, closed up my business( I had a pastry business and also fashion store) and in 2weeks I packed up everything thing and even gave out some of my properties to friends. I left the country to join him where he stays.

My mother came to visit after my child birth and was speechless. She had to ask me if I was really happy and I told her not to bother. She wanted me to get married and I’m married.

In summary, after 2years of marriage with the verbal, emotional, psychological abuse. I am now divorced. I became a divorced, single mother at age 27.

Lesson learnt: Never ever give in to pressure from family, friends, society or wherever it may come from because at the end you are the one who bears the consequence.