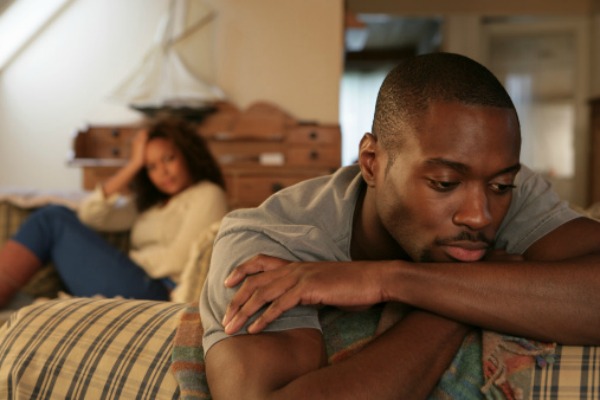 I met Godson when I was in the final year of my University, I had just joined the workforce in an off-campus church, and he was the leader of the unit I joined.

I was too happy to be dating one of the most spiritual men in the church, he was also in the inner circle of the Pastor. For me, being with a man who fears God was all that mattered.

Few months into our relationship I asked him about his Genotype, he said AS. I am AS too and I grew up seeing my friends and cousins die because they were SS. My mother had drummed it into our heads since we were young that it is important to marry someone with compatible genotype.

“Where is your faith” he asked when he saw that my countenance changed. I told him about my fears, but he wouldn’t even let me express them.

Our church was all about faith, preaching and holding on to the word of faith was the whole essence of our church.
He held my hands, looked into my eyes and spoke in tongues straight on for like 15minutes after which he shared scriptures upon scriptures on faith and miracles. He said he believed we will not have a child with a genotype SS and needed me to agree with him, I did.

On my graduation day, I introduced him to my mother, and as expected the first thing my mother asked me when I got home was his genotype. I lied he was AA, convincing myself that it was not a lie since we believed by faith that we will not have children that are SS.

After my graduation we were so eager to marry, so we got married exactly one year after we met.
In those days many churches had not started making it mandatory for intending couples to do genotype tests, so we had no problems going ahead with the wedding.

Well, it has been over 15 years after and I have buried a son.

My so called husband changed after the birth of our son. I suffered emotional and verbal abuse. He became withdrawn, he was always complaining about something, if not food, it is sex, if not sex, it is money.

He put a lot of pressure on me to have another child, like he had already written our son off to death. I suffered miscarriages after miscarriages, and still no other child.

All this was happening while I was running up and down caring for our son who was suffering from sickle cell anemia.

I went from one healing service to another, from one crusade to another, I fasted and prayed to God to heal my son, but I never for once even heard him pray for our son all through his very many sicknesses.

After his death, my so called husband moved in with another woman. He said he needed a break.

“Where is your faith”, I asked him.