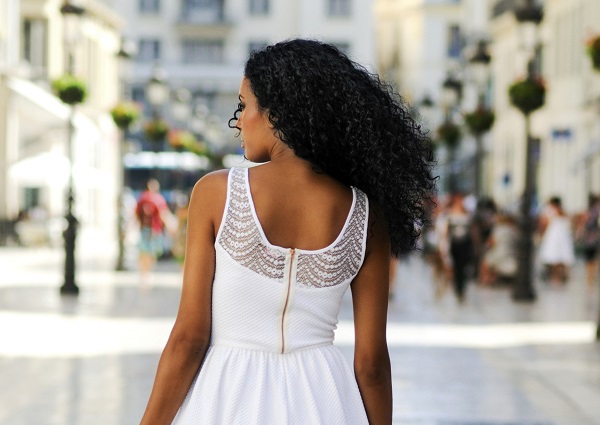 I asked a close single friend to accompany me on my boyfriend hunting mission but she said she was tied up and referred another mutual friend of ours.

I told my friend I was going to consider going out with Suzy on the condition that she doesn’t tell Suzy what my actual intentions were before she goes about telling people that I am always roaming Lagos looking for a man.

So Saturday evening, Suzy met me at home and we set off to The Palms at Lekki with my N4500 vex money tucked in my pocket.

I should have read the signs when we got to Obalende and she said there is no way she is going to arrive The Palms in a danfo or Keke Napep amongst all those rich people. I already had a balance of N4300 and N1500 for a cab from Obalende to The Palms seemed reasonable so I willingly paid since I was the one that dragged her out.

We barely arrived the mall when she grabbed my arm and led me to Coldstone. “I’m craving Icecream like mad,” she said.

She ordered four flavours while I watched from the corner. I have had Coldstone Icecream only twice (the best Ice-cream I have ever had in my life and a friend brought it home) but I was scared of ordering since I didn’t know the actual price before I end up washing Ice cream cones in the event I am unable to pay.

When she collected her ice-cream, she said, “OMG! This new malt flavour is so nice. NSG you need to try it!”
Before I could say the doctor said Coldstone Ice-cream is not good for my kidney, she had already ordered two scoops of malt flavour for me. There were too many people there and I didn’t want to cause a scene so I collected the ice cream with a very heavy heart…and paid with my money because Suzy was already walking away, licking hers greedily.

I have never been so miserable licking ice cream all my life.

I just kept thinking of how many plates of fanice my N1200 could have gotten me at Shoprite!

Once we were done, I told her let’s move around and window shop for a boyfriend for me.

She took me inside one boutique and spent close to an hour checking out bags and clothes. She wasted one hour of my life cos she didn’t buy anything!

When we got out, she said she didn’t have strength to move around except she eats. Before I could tell her let’s go out to the Aboki’s Place at Sandfield for indomie and egg, she grabbed my hands and led me to KFC.

She told me to reserve a seat for us and watch her bag while she ordered food. Minutes later, I saw her approaching our table with a tray containing two cartons of KFC!

She said “Ermm… your own food is N1200. I didn’t get drink for you cos I didn’t know which one you would like.”
Then she pushed one of the cartons containing two pieces of chicken and chips to my side of the table.
KFC when I was only hungry for a man?

“What is this? Did I tell you to buy me FOOD! Did I tell you I was hungry! Is this why we are here? Now I don’t even have transport to return home!” I shouted.

She said she was very sorry that she thought I was hungry too and she was going to take care of our fare home.
I took out N1200 from my bag and slid it to where she sat. The silly girl quickly took the money and put it inside her purse while I sat frowning. I was too angry to touch my food while she ate hers in relish.

I decided that I can as well eat it since the damage had already been done. I cut big slices of chicken with a handful of chips and swallowed hurriedly cos I was too angry to chew. In the process, bone got stuck in my throat.

The silly Suzy had already finished her drink, I had only N200 in my bag, no ATM card and I was too proud to beg. I couldn’t even breathe or speak well cos of the bone and thirst.

I told her we needed to get home ASAP but she said I should chill for thirty minutes that she had texted her boyfriend’ to come pick us because a heavy rain had began to fall.

I thought of the major reason I was there and how to make the most of my thirty minutes but the rain had chased all the Lekki bachelors out of the mall. I was almost shedding tears, I just spent N4,500 for nothing!

Eventually, Suzy’s boyfriend showed up! One igbo boy that had permed the life out of his hair.

We all went to sit at the general cafeteria. Both of them were engaging in PDA and discussing relationship people problems.

The silly boy could not even offer to buy me water to flush down the bone in my throat. I took out my phone and started playing candy crush until my phone died.

Time was about 9pm and neither of them said anything about us leaving the mall…and there I was, almost dying of thirst.

He turned to Suzy and said, “Your friend has been so quiet. Why?”

What is an angry single girl supposed to contribute to relationship people discussion?
Why won’t I be quiet when a bone was choking my throat?

Why won’t I be quiet when his girlfriend would rather use all her strength to ‘baby, I love you’ her boyfriend rather than help me hunt for my own boyfriend? I just told them I am sleepy and I didn’t come here to count stars in the mall.

That was when both of them finally got up. I got home around 10:35pm.

What a stupid weekend!