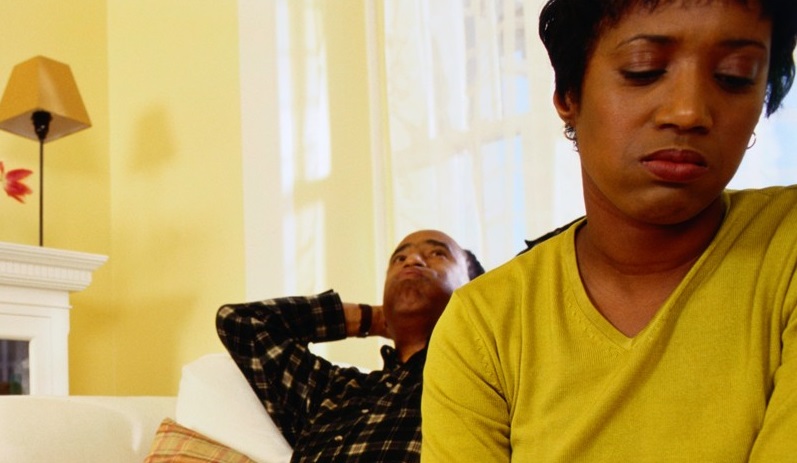 So, after digging through our archives of man gists, we remembered a very funny story from 2005. I actually remembered this story because my cousin who experienced this issue just sent me a message on whatsapp and I was just thinking, “see how far we’ve all come o”. Gone are the bullshit of yesteryears. Now we are all grown and wiser. While chatting with my cousin, I told the rest of the group who I was chatting with and instantly we all remembered the gist from 2005.

Oya, for privacy sake, let’s refer to my cousin as Folake. Folake moved to yankee like in early 2000’s and was hustling just like every young Nigerian girl back then; holding down multiple jobs and going to school at the same time. Well, she was also hustling relationships at that time. I use the word hustling because she was so bent on having a serious relationship and getting married back then. I use the word hustling because girls our age were just happy dating then. We were in our early to mid-twenties and my cousin is a lot younger than we are and had just hit the original acceptable legal age worldwide of 21 so what was the rush about settling down at that time? I tire, seriously.

Anyway, so sometime in 2005, all the girls were at my house chilling and Folake came by as well. We girls all had dates later that night so we were just hanging out till date time with our men. We mentioned this to Folake so she wouldn’t get too comfy and all. Folake was like “ehn, you people are going where? With who? To go and do what? Are you people serious right now? Haaa egbami o, what kind of man am I with for goodness sake!” Now, anyone who knows Folake knows she’s dramatic and theatrical when she’s emotional so it was just hilarious watching her ask a million questions at once.

It turns out Folake was dating a guy that was about 10 years older than she was (awon bros) and he was just down right trifling. They had been together for about 4 months then and the guy had never ever, as in lailai, never ever taken her out to the movies or to eat at a restaurant. You trust me now; I was like “what the hell’! WHY? Folake said anytime she asks bros to take her out to the movies his response would always be: “Mofie ke (movie ke), to do what? Do you know how much I pay for my cable T.V every month? Have you finished watching all the channels on it? When you finish watching them I’ll take you to the mofie theater”.

At this point all the girls were rolling on the floor in laughter. So one of the girls now asked why they had never gone out to eat. I mean, every couple has been on at least a few dinner or lunch dates now. Well, except Folake of course. She said bros would say “you want to go out to eat? What happened to the elubo and yam I bought from the African store? Don’t you know how to cook? What kind of food will they give you at Mickey D’s that you can’t cook at home? My friend enter the kitchen abeg”.

At this point no one was sitting upright at all. We were laughing so hard our ribs were hurting. I mean, like seriously men actually behave that way? I felt really bad for Folake then and there was a unanimous advice that she needed to do away with bros. How cheap and stingy can a man be in a relationship?

This leads to my question to you: what is the most hideous or cheapest thing you’ve ever experienced in a relationship?

I’ll tell you one of mine real quickly. An ex’s mother once told me that my ex (her son) is so stingy that the only birthday card he ever gave her was a birthday card one of his ex-girlfriend’s gave him. The front of the card said “Happy birthday to my lover”, and the inside ehn, okay so you know you write the name of the recipient at the top and your name (the giver) at the bottom right. Well ex, had crossed out his ex-girlfriend’s name at the bottom and wrote his name there and also crossed out his name that the ex-had written before and wrote his mum’s name there! Jesus!

Yes people, there are such men out there like that. It is my prayer in my night vigil this week that God will bind every such man and dissipate them from your life. May your paths never cross, even on 3rd mainland bridge traffic. In Jesus Name we pray Amen!