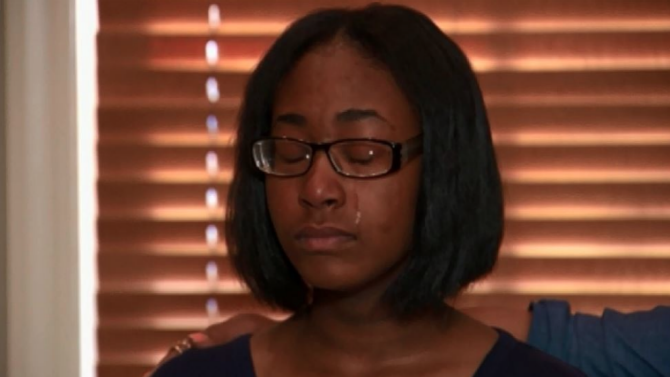 A  high school student in Georgia,  Shaniaya Hunter , is distraught because of what a teacher told her for asking what he thought was a dumb question.

The junior at Green County High School said the Teacher told her:

“I have been around for 37 years and clearly you are the dumbest girl that I have ever met,” the person can be heard saying in the video. “You know what your purpose gonna be? To have sex and have children because you ain’t never gonna be smart.”

Shaniaya Hunter said she recorded his insult with her school issued ipad which she was working on when she asked a question during class.

Her family has hired a lawyer and are determine to fight the teacher who insulted their daughter.

The school district has not made a comment on whether or not the teacher was punished.