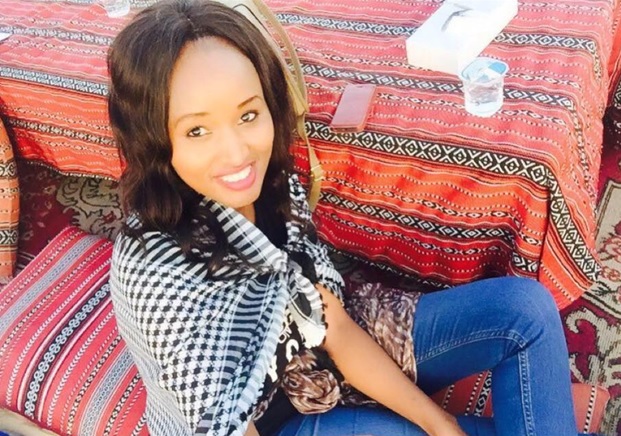 When Catherine Waithera Njogu broke up with her boyfriend she had no idea it will lead to her death.

Catherine was said to have dated Watson Njiiri for two years, during that time he helped her relocate to Dubai from Kenya and helped her secure a job at DHL. When Catherine broke up with Watson, he threatened to kill her saying he will not allow her go to another man after he has spent so much on her.

He allegedly carried out his threat when he followed her to her office last week, he beat her brutally and stabbed her to death.

He is said to still be on the run.