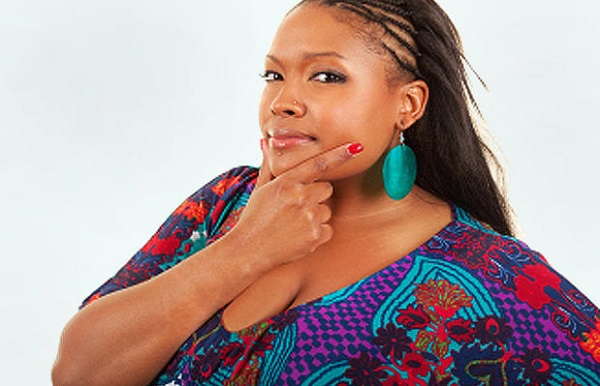 The summer is taking its time in getting here and I can’t wait to store away my jackets, boots, gloves and scarves and bring out my summer dresses. The weak and milky sunshine we will get in a few weeks is nothing like the vibrant Naija sunshine I miss so much, but at least it heralds a season of merry-making for Nigerians living in the UK.  Summertime is party time!

Nigerians tend to avoid throwing parties in winter months because it is usually too cold to have outdoor events, darkness falls as early as four in the afternoon and people wear shocking outfits because of the cold weather. You know those pictures of ladies in turtle-neck sweaters worn under lace bubas and thick socks peeping under wrappers? They are real. I haven’t been driven to wear anything that bad but I have been known to wear three pairs of leggings and two thermal vests under a lace skirt and blouse outfit. It wasn’t one of my better looks.

We have already received five invites to celebrations this summer. However, I am not as excited about attending these parties as I used to be a few years ago. The issue is that all invites these days come with a thinly-veiled threat that there is a dress code of special fabric to be purchased by all the celebrant’s well-wishers. This implies that you are not a well-wisher if you don’t buy the fabric or ‘aso-ebi’

For those who may not know, ‘aso-ebi’ is a Yoruba term which means family attire. Like the Scots in Great Britain who have family tartans, the Yoruba usually choose special fabric(s) for family members and friends to wear on ‘special’ events or celebrations. Note the emphasis on ‘special’.

Is it just me or do people now choose aso ebis  for every occasion these days? I started to notice this trend when I was invited to a 50th birthday party about four years ago. I bought the requisite 5 yards of lace fabric and commissioned it to be made into a figure-hugging dress for me.  The Nigerian tailor based in London performed wonders of sorts. When I tried the dress on, it looked like it had been made for a very busty woman with stick arms and the bum of a six year old (that was not my body shape, BTW). I tried to remedy the outfit by trying to use my very basic sewing skills but it ended up looking so horrible that I couldn’t wear it for the party. It now lives in my garage, growing mildew.

That same year, I bought three more lace outfits for summer parties and only one was very pretty. I spent almost £500 on the fabrics and tailors’ charges. I didn’t think too much of it at the time because I naively thought I’d get to wear the outfits to other parties the following year. However, all subsequent parties also had aso-ebi. I have bought quite a few aso-ebis in the last four years and I am beginning to resent having to buy any more.

I particularly resent aso-ebi when then colours of the fabric are hideous, like purple and orange; or dark blue and muddy brown: colour combinations more suited to magicians and comedians. Sometimes you also discover that the fabric actually costs half the price you have been asked to pay for it. Perhaps the most annoying thing about aso- ebis for me is that I have only been able to wear each aso-ebi once, and that was to the party it was chosen for. Seriously, even the Queen wears an outfit more than once!

Why should I feel obligated to buy a new outfit to wear to some else’s party? As long as I am not the celebrant or part of his nuclear family, shouldn’t I be free to wear any outfit of my choice? I will also be doing any ‘aso-ebi’ a disservice if I don’t team it up with matching shoes, handbag, and necklace/beads. How much more can I afford on a gift for the celebrant after I’ve spent over £200 on my outfit for the party?

I am not going to lie and say it is not about the expense, because it is. Ladies go to all sorts of extremes to be raise money to buy aso-ebi to avoid being stigmatised by friends and extended family. Some ladies don’t attend parties because they can’t afford to buy aso-ebi. It really shouldn’t be the case.

I know the ‘aso ebi’ tradition is one that has made the Yoruba arguably one of the most stylish tribes in Africa. Weren’t they originally only for special occasions like weddings and perhaps funerals, rather than an outfit for every birthday party, wedding anniversary, wedding vows renewal party, house-warming, british-naturalisation  party, graduation, freedom, promotion, student-visa party, new car celebration, shop opening, thanksgiving and so on?

I will have to take a stand this year: buy  aso-ebi for each party we are invited  and resent the expense and the hosts; or  politely refuse to buy any aso-ebi this year and be labelled the ‘stingy friend, cousin, in-law’ etc. If I am honest,  I don’t know if I’ll be brave enough to reject aso-ebis. However, I’ll always make sure I priorities and spend more important things, like school uniforms for the kids and maybe even a short holiday to recharge our batteries.

If I do decide to buy aso-ebi I won’t buy any presents for the celebrants. If I don’t buy aso-ebi, then I can easily give the celebrant a decent monetary gift. But I won’t be made to indulge other people’s fancies or finance their parties through this aso-ebi scandal. The culture is meant to promote unity, not encourage avarice.

Finally, as it is party season, who knows how to tie tulip wrap gele…? 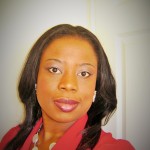 Writer – Abi Adeboyejo lives in Birmingham, UK with her two children and her fabulous man, who by the way, prefers that his wife writes down her thoughts than listening to her musings on everything.