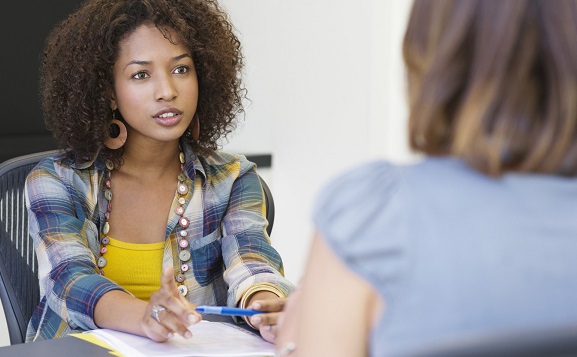 Have you ever been a victim of one of those health products scam job interview? I was, one month ago.

My sister told me the open interview was slated for 2pm. My big opportunity to get a ‘job I never applied for’ had come.
12pm, I was still ransacking my wardrobe for the perfect interview attire. I got frustrated and tossed a leggings and tshirt on the bed.

“Is that what you want to wear? Its like you don’t want to ever leave this labour market.” She said.

She went over to my wardrobe and pulled out a trouser suit that had overtime become my job interview uniform.
Minutes later, we were inside a danfo heading to Ikeja Along bustop. A heavy rain began out of the blues. It was difficult to comprehend why Lagos witches choose my  lucky day to wake up from their slumber.
All of a sudden, the walkways of the expressway were flooding. It rained elephants and hippos. The skies were dark, the wind blew left and right, rain droplets were falling through the roof and windows of the danfo. My sister and I glanced at each other simultaneously. Our petrified eyes seemed to say ‘Dear, Lord..don’t let the bus ever get to the bustop…not in this state.”

SEE ALSO: 16 Places To Meet A Poor Husband In Lagos

The danfo pulled by the bustop and the heartless conductor ordered us out in the torrential rainfall. Neither of us had an umbrella. We were completely drenched as we stood by the pedestrian bridge.
The courage to cross over the bridge was not there. When the water from the gutters rose past my feet and soaked my trousers, we knew we had nothing else to lose.

We spent another hour roaming Ikeja. At a point I thought I was going to be interviewed\auditioning for one of those razz awilo dancers in front of computer village.
The rain had washed my makeup, soaked my clothes, soaked my CV. Cars were driving past and splashing us muddy water. My sister suggested we head back home but I was prepared for the worst. I didn’t come this far to quit.

Eventually, we located the venue. The top floor of a rusty looking two storey building.

We opened the door and found about 18 people sitting in different plastic chairs in one unpolished room. Most of girls looked like SSCE holders, the boys, motor park touts. The supposed interviewer and 2 of his colleagues were giving a motivational speech.

I walked inside squeezing water from my wig after I marked my attendance.

Rich dad, Poor Dad, and Who is Warren Buffet, were written on the board.
The speaker in his ugly looking shoes was just talking nonsense. It was not an interview, a lecture nor a recruitment conference.
I remembered those scam text messages I usually receive from yahoo boys inviting me for ‘briefing/the interview’ at Mushin.
That was when I realised I had carried my legs and entered their Ikeja branch for their supposed ‘briefing’.
At that point I knew I was f***ed. I just wanted to take off my wig and hang it on their standing fan to dry.

“Young Lady, you and your friend are an hour late! Have you ever heard of Warren BuffET?” The speaker asked me with particular emphasis on the ‘et’.
“I have never heard of him” I replied.
“What of Bill Gates?”
“I don’t know him.”
“Wale Haardenugua?”
“I don’t”
“Dangote?”
“Nope.”

My ‘classmates’ were all staring at me with pity in their eyes. I was amused when I noticed the naive guy beside me was attentively scribbling notes of all the speaker said.
Basically, the theme of the ‘briefing’ was to discourage us from seeking paid employment so we could partner with them. The guy in charge told us salary is for losers and the system of working for people had collapsed as far back as 1971. He was going to train us how to become our own BOSS and overnight millionaires.
That was rich coming from a man who looked like poverty ambassador.
Occasionally my sister would give me side glances and both of us would burst into laughter. The speaker colleagues noticed our behaviour and took over with the presentation. The first thing he did was switch our seats. Then he unplugged the standing fan and told us ingrates don’t deserve to be this comfortable.
Imagine! Standing fan is now a luxury.
He called me a member of PDP (People Discouraging People from success according to him) and told my sister to keep off from me if she needed to be chosen for the ‘final interview’. My sister suddenly became cooperative and I thought she had been hypnotised.
Normally, I would have walked out or shot them but I stayed back for these three reasons.

1. I needed a story for my blog.
2. I was anxious to see where it was going to end. Probably the ‘motivational speakers’ were going to ask for offering.
3. I was expecting refreshments at the end of the briefing.

All along they never mentioned the name of their company, what exactly they do to make money, how we come in and how they were going to help us. After another hour of talking TRASH, he stated only a quarter of us would be lucky enough to be called for the final phase the next day. A 5-question psychometric test was given to us and my sister and I intentionally answered all my questions wrong.
The company’s name ‘BOSS RESOURCES” was written on the question paper.

They told us only the serious ones would be contacted the next day. That marked the end of the interview, briefing or whatever it was.
I couldn’t believe I wasted my time, transportation money and got beaten in the rain for that nonsense. I looked up the company on Nairaland and found out they were scammers who had the intentions of milking dry all of us. This was a company that had its details only on OLX of all websites.
We were still in traffic when both of us received our invitation sms. If they were indeed genuine, how come I made it to the final stage after the insubordinate attitude I put up there.

I sure gave them a damn good reply.