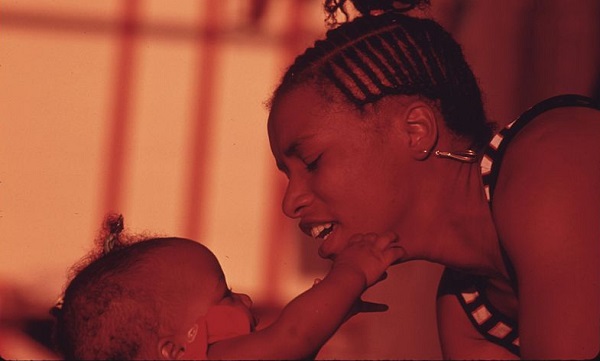 My husband is the only son of his parents, they come from a very big extended family in the Eastern part of Nigeria. The first day I met his mother she told me outrightly that they want a strong fertile woman that will bear many children for their son and if I am not ready to get pregnant before marriage then I should forget about her son.

I told her my parents will frown at that and she said then that means I am not the one for her son. I was quite taken aback by that discussion because my boyfriend had never told me anything like that before.

SEE ALSO: Dear Lara, I Am Sorry He Finally Killed You And Your Little Angel

When I later told him about it, he said he is in support of his mother and that I shouldn’t see it as a big deal. He said since we are already planning to marry then it shouldn’t be a problem getting pregnant before.

I went against my wish to please him, without telling my family, I delibrately got pregnant for him so he could marry me. My parents were furious but they had no choice than to give their blessings since I was already pregnant.

We did our traditional wedding six months into my pregnancy. To be honest my husband is a very good man but when it comes to his parents, he finds it hard to caution them or say no to them. This means that they have a say in everything we do.

My pregnancy was without any complications but on the day of delivery the Doctor advised I do a CS because I had been in labour for a long time without any success and they said my baby could be in distress.

My husband immediately called his parents and they refused vehemently that he should not allow them do a CS for me, they said they do not have a record of CS in their family and I won’t be the first. My mother who was with me at the hospital got really angry and started shouting at my husband that if I die it will be on him. He eventually agreed and I had a successful operation.

My parents in law and members of his extended family have thrown all sorts of jabs at me for having my first child through CS. There was one day my child was crying while I was busy trying to get something done in the kitchen, and my mother in law said I don’t know the value of my child because I don’t know what it means to go through the pain of normal childbirth.

It has been eight months since I had my son and there is hardly anytime I see her that she doesn’t mention or throw a jab at me about the CS, always making me feel less of a woman because I didn’t have a normal delivery.

My husband says I should just ignore her when she says things like that, but for how long will I continue to take all these insults and pretend like all is well?

Why are women so cruel to each other in this country?