Mayokun Akpoterabor claimed that her son was expelled from his boarding house hostel of Lagos based Cayley College, in the middle of his NECO exams for no other reason than –  encouraging another student, a girl, to report that she is being molested.

She has given two updates since her first posts. We have also reached out to Mrs. Iyayi through Cayley College for comments. 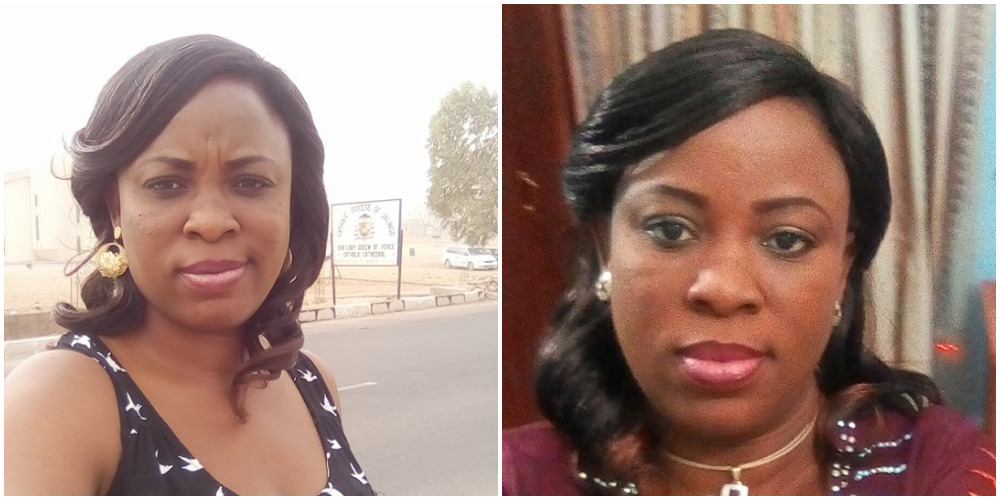 Paid a visit to my son’s school this morning in the company of just 3 out of several other concerned friends, fathers, mothers, aunties and uncles, who called and expressed their intention to follow me down here to clarify issues. The 3 are – Dr Dokun Adedeji Mr. Olusola Egberedu and Pastor Ajayi Keji

We got to speak first with the Director of studies, Mr Solomon Ashiegbu. Even the strong will shudder at his explanation and responses, the weak will simply pass out. I was dangling between the two ends, it took God’s grace to stay sane and calm!

He noted that my son Medad Akpoterabor was suspended because they presume he wanted to get the child in question suspended!

Is intention to expel enough reason, or grave-ier than molestation? He said they are equal? Why was the same sanction not meted out to the molester as the intended-advocate-of-expulsion aka Medad? Hear his defence – the molester and molested were given working suspension meaning washing plate and mopping! That to him is equal, even, fair! E gba mi – even the molested girl was punished! Jesu mi!

A lot of things he said will make one almost blank out in amazement. Really this man is a father? A DOS?

Well, it was established – molestation happened, Medad was suspended for advising with the intent to witch-hunt Miss Molester, and tarnish the school’s image. That is still his offence.

By when questions came from all directions, the DOS started exonerating himself from some actions. The heat was too much, so he excused himself, put a call to the Proprietress, Mrs Mary Iyayi, who asked the parliament – all of us – to proceed to her office!

On getting to her office, may I note that her disposition was, to be modest, “ok so what?!”

Some 15 minutes into laying the foundation of our visit (not even rolling back to the last 2 hours + of discussion at the DOS office o), she couldn’t bear being asked questions and bluntly stood and said she owes the three gentlemen who came with me no explanation! She picked her bag, and made to leave, she wanted to walk out on us!

At that time, the three wonderful men – responsible fathers, mentors, role models and my great friends in need, stood up to her and gave her her match! Verbally ooooo (we are too civil to get into anything more than English grammar nah).

We left her office of course, angry at such effrontery!

We decided to proceed to the next level. A friend Suyi Adebayo had called me early this morning offering to take the matter up pro bono. One or two other legal minds had assured they are just a call away. With that we left.

I had asked Medad to join his mates in school when we got there in the morning, since there was no need of him being at the discussions between adults. If his attention was needed, we will call him, I had instructed him.

I had also sighted him with his Basketball Team when we were migrating from Mr Ashiegbu’s office to Mrs Iyayi’s, he was happy to be back – his team mates also showed their delight. He told me they will soon leave for the venue of the match between them and Dansol School, just within the neighborhood.

When we left the Proprietress office, I assumed they had left, with the plan to go pick him when he is done, so we all drove out after I thanked the gentlemen greatly.

Not quite 8 minutes after I left, my son called that he was thrown out of the school, on an instruction just left by Mrs Iyayi, that he should not be allowed in!

Didn’t Ashiegbu just repeatedly say the suspension was just from the hostel? Didn’t the letter even specify “to leave the hostel”? Mrs Iyayi won’t stop at taking any decision just so she proves she can do anything to crush my son?!!!!

I demanded a letter to state they don’t want him inside the school, the DOS said it was an omission that should have been included in the suspension letter. Said Mrs Iyayi had verbally instructed Medad not to enter the school two weeks ago? Nah nah nah! Changing narrative within the space of few hours???? The same man that said no one says he shouldn’t be in school or participate in any activity? Now this people are messing with my sanity!

In between, the girl that was molested, quickly shared some facts with me, hurriedly gave me her mum’s number, and told me things that will get any sane and responsible parent miffed. You will be awed!

Did I mention I have it all recorded?

Whereas Mrs Iyayi is reaching out to me through the PTA for a reconciliatory meeting, fearing she will be exposed, confronted with the realities on ground, she is spewing falsehood out here.

Thank you to all the relevant government and private agencies who have called and have stepped in.

The only way out is to stand up for the truth!

By the way, Cayley College IT teachers haven’t gone home since, no one has really slept much. Takes and costs more to cover lies than tell the truth nah.

They are seriously working on their website. Toooooo late to mop this mess up, this sh*t is too much to mop!

Big question: why did Cayley retract/delete the statement they frivolously shared on my timeline yesterday? Discovered they uploaded a new one overnight…Thank God I munched! 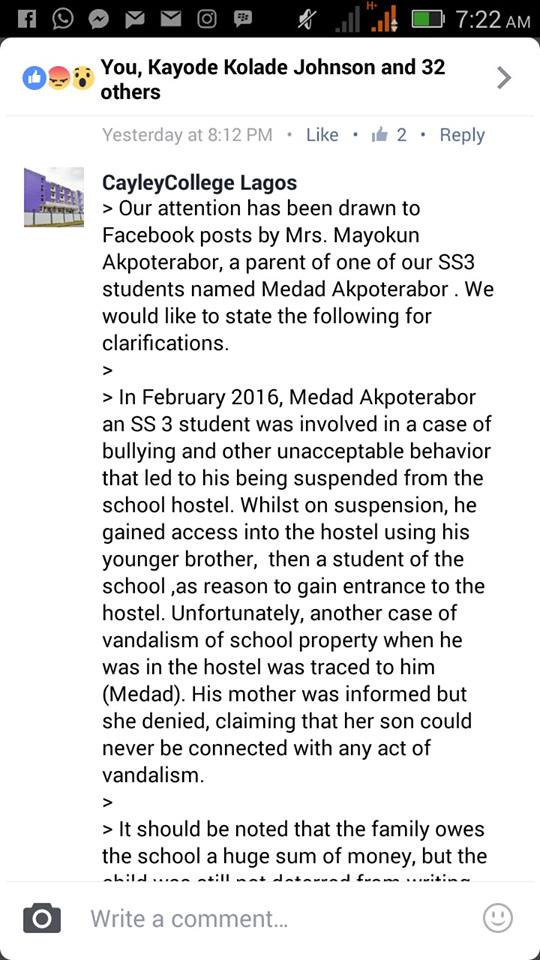 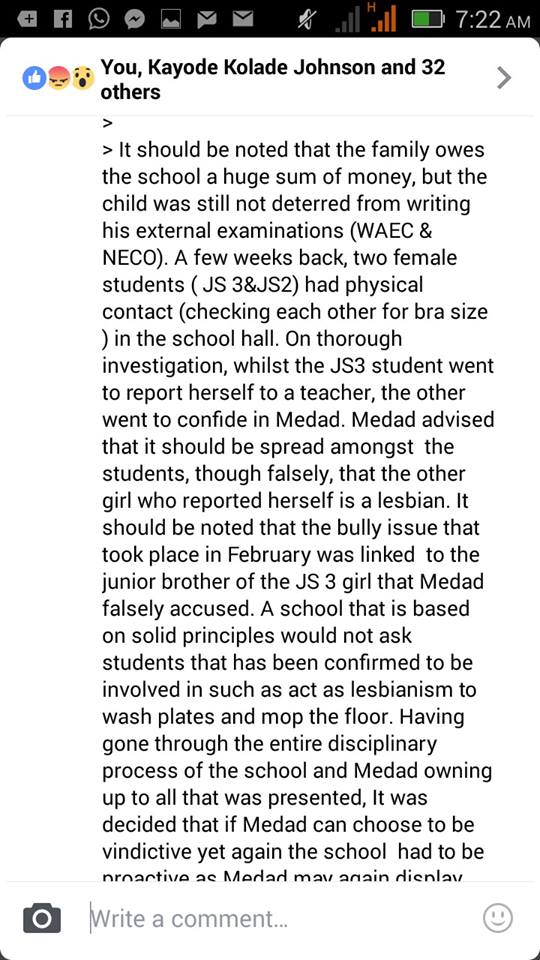 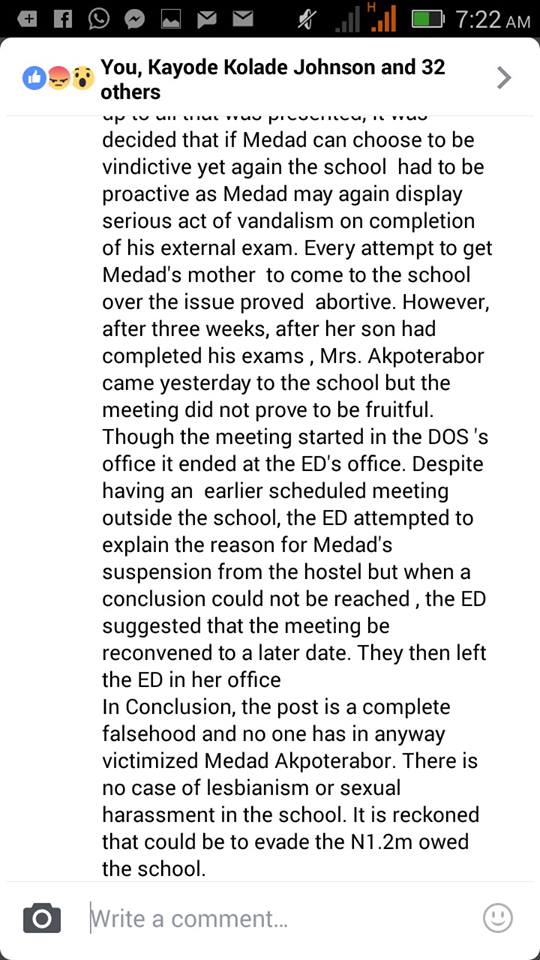 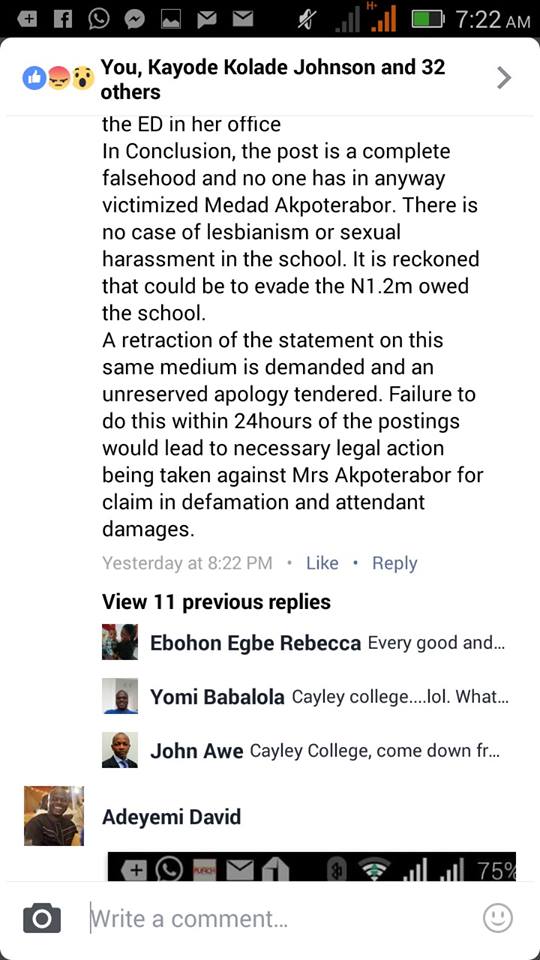 We have reached out to Cayley College for comments.