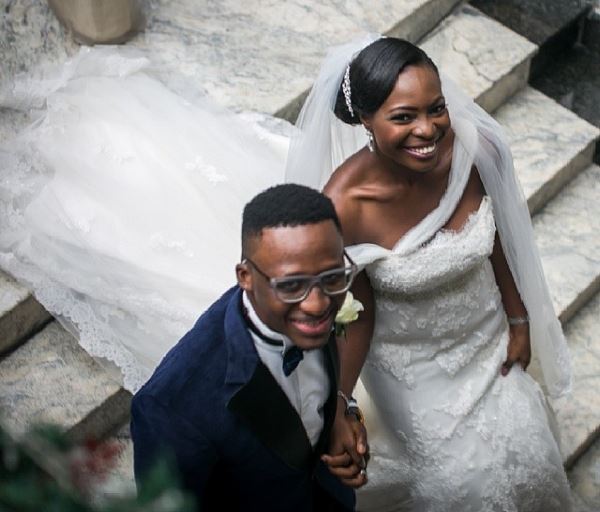 Tito Idakula suffered a miscarriage in July 2015, she shared their story of faith and hope through the devastating experience. To everyone’s joy, she and her husband, Bez,  have just welcomed another baby boy three months ago, and again she shared the amazing testimony of the pregnancy and delivery.

One thing that has really stand out for me in their stories, is how connected they are to God. Through all the challenges, every step of the way, they talked to God and they heard from him. What a beautiful story!

Read excerpt from the story as shared on her blog below Mylighthouse.com.ng

On Sept 7th 2015, I had a miscarriage. I was 10 weeks pregnant.  Ironically, this happened on the day I got baptised. It was during church service and I spent a significant amount of the service in the bathroom; Bleeding.  I still went ahead with my baptism because it became so clear to me that I needed that baptism. I needed the cleansing. I needed to be refreshed and to start anew and as I stepped in that pool of water, I felt God so strongly. I knew I was walking into a new beginning and everything prior was being washed away. I still don’t know how that water did not turn red considering how heavily I had been bleeding a few minutes before but I had no doubt that something changed with that baptism.

This is probably not what you expected to read. After all, I am the same person who shared my testimony after the loss of my daughter.

I am sure like me, you expected the next part of my  story to have been more straightforward. Especially now that you probably know I gave birth to my precious son in July 2016, a year after I shared my testimony.  However, please do not think God did not know what I was going to experience because he did and he prepared me to stand and I did. Praise and thanksgiving never ceased from my lips because I made a decision that no matter what happened in my life, I would praise God. I didn’t have the answers and I was not going to spend energy, trying to figure it out but I knew God had the answers and so I left that burden to him and gave him his due as God. I was not going to try to do what only he can do. And he showed himself to truly be Yahweh because in October 2015, I got pregnant again and in July 2016, a year after I shared my first testimony, I shared another testimony because he blessed us with a beautiful son.

When I found out I was pregnant again, I was in awe at how quickly God showed up because I truly never expected it. I thought it’ll take some time and that was fine with me. I wasn’t in any particular rush to get pregnant again but God does things in ways I can’t even imagine and he decided it was time. Who am I to argue? I was so ecstatic. I was at a point in my life where I was waking up at 3am every morning, spending time with God and growing in relationship with the Holy Spirit and everything about my pregnancy was spirit-led (it sounds like cliché christianese but it really is the truth).  I didn’t even have to do a pregnancy test to know I was pregnant. It was a dream I had that told me I was. In my dream, I was about to take a glass of alcohol and someone tapped me on my hand and said: “drop that glass, don’t you know you are pregnant?” and I just knew I was. I told my husband and that was that. I didn’t even bother with a pregnancy test because my spirit was so connected with the spirit of God that I knew when he spoke. This was in October and I eventually did a pregnancy test in December (just because I wanted the physical confirmation). I also didn’t want to do a test earlier because I just didn’t want to be too human about things. I knew once I did the test, I would start fussing, trying to control things as I had done in previous times and this time I couldn’t be bothered. I remember writing in my journal and telling God that I was leaving this child in his hands because he is God and he is the only one who can truly keep the child.

I found out I was pregnant in October but I didn’t go to a hospital until January. The first 3 months of a pregnancy are often the most delicate and it is after 3 months that you can usually be sure that your baby is going to make it. I decided to give my first 3 months completely to Dr God because quite frankly, I couldn’t think of a better Doctor. I continued to wake up at 3am to pray and was always at work by 5am to begin my shift at the radio station. Apart from a cold a few times, I didn’t experience one bit of morning sickness. In fact, I continued to work out with a trainer after work until I had to stop.

Full is story on Mylighthouse.com.ng