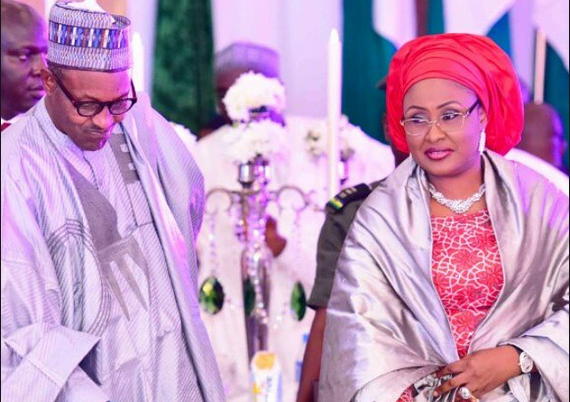 The wife of the President, Aisha Buhari, has warned her husband, Muhammadu Buhari, that if things continue in the country the way they were, she would not support him in the 2019 elections.

In an interview with BBC, Aisha said that the president does not know some of the officials he appointed noting that some were called to ministerial positions or head agencies while they were at home doing nothing.

She said, “The president does not know 45 out of 50, for example, of the people he appointed and I don’t know them either, despite being his wife of 27 years.”

While noting that it was left for the people to decide if the president was still in charge, Aisha said that those who had hijacked the government would be known if people watched TV.

About if the president would contest in the 2019 elections, she said, “He is yet to tell me but I have decided, as his wife, that if things continue like this up to 2019, I will not go out and campaign again and ask any woman to vote like I did before. I will never do it again.”