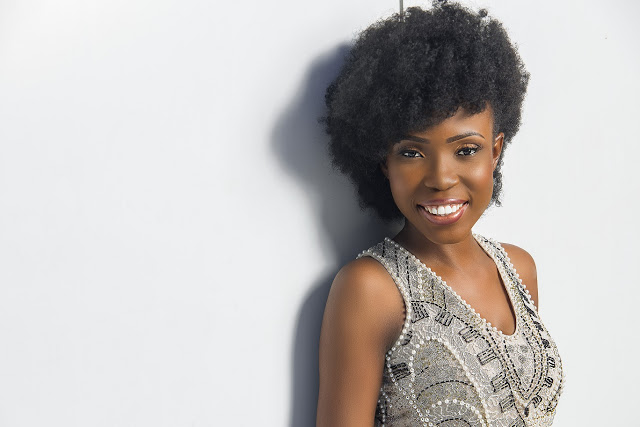 Kemi Lala Akindoju is a talented Nollywood actress. Although, she started as a stage actress 11 years ago, Kemi  has over the years grown to become a producer, a casting director and a drama instructor.

She has featured in a number of movies imcluding The CEO, Alanpoza, and Dazzling Mirage.

In 2010, she won the Actor of the Year Award and later went on to win the African Trailbrailzer Award which has put her career in the limelight.

On Episode 10 of Conversations with Labo, she talks with Labo Daniel about how she started in the industry, where she knew no one when she came in to knowing everybody. She talked about the power of networking and keeping relationships.

Its interesting how you started in the industry not knowing anybody, but now you know everybody that matters, how did you do it?

I’m a hustler o. I don’t quit, I don’t stop, I don’t take Nos. If I want something, I will get it, except the Lord says no, and my idea of the Lord saying no, is I have done my best.

When I have done every single thing and I still don’t get it, then I say, Lala, it’s probably not for you. so, my eleventh commandment is knowing thyself is not a curse and so knowing who I was and what I wanted was very instrumental to getting to knowing everybody. So I would write down everything like,  I want to work with this person, I want to do this and that, I think the borderline was having to decide what I wanted to do.

So who are the great directors on stage?  who are the people doing relevant things on stage right now? I had my list and I went for all their auditions, looking for them and I met Wole Oguntokun in 2007, that was my final year in the university, he was doing a season of Wole Soyinka and I attended the auditioning, it was a Sunday morning, I remember that day clearly. You know I wore a dress, I thought I was just going to audition and go to church. So I auditioned and he liked me, and then he cast me in what really told the world that I was here to stay. I played Amope in ‘Trials of Brother Jero’ and I worked with him for two years plus. So it was step-by-step.

At that time, the right people will see me. I want this person to see me because I also don’t believe in asking for favours. I believe in getting there just with the work. Even when people started talking to me about things like PR, I’m like you can’t do PR for PR sake, it has to be on the shoulders of the work. So I pushed, let this person see me, let that person see me. then, you, introduce me to this person naa.

You can’t be quiet, I don’t know about great people that keep quiet. I’m not talking about personalities but in your uniqueness, you will speak about the things you want. You will use networks.

So if you know somebody that knows somebody, introduce me now. When you introduce me, don’t worry I’ll be ok, I have what it takes. So, I think that’s what has helped me. People that I have found their addresses and phone numbers and I have gone to their office.

Some of the mentors you mentioned in your acceptance speech like Jumoke Adenowo, Biola Alabi, Joke Silva, these women are achievers, so how did you develop such close-knit relationship with them?

After God, my work is next because for me it is purpose. Its like what I’m on earth  for. So I take it very seriously. I take everything I do as seriously as my work. So when I tell people that I’m taking this thing seriously as my work, I’m letting them understand that if I am going to sweep the floor, it’s going to be with that level of seriousness, otherwise, I won’t do it at all. So, this mentorship thing is like work. Its not relationship with the women. It is as serious as my work and there was a plan for it.

I believe that one of the key thing to greatness is mentorship, having people who have gone before you practically hold your hand is very key to becoming greater than them. I looked around me to search for the mentors, the structures for mentorship in our society.

Aunty Joke is my mentor, mother, gist partner, everything. I already had her in 2009 so I pushed my way into her so that when I was doing my exams during my masters, I had to direct a documentary on an important person and I chose her because I wanted to be close to her, so I just got somebody to introduce me to her as a friend and actor.

Funke Obruthe-Bucknor had been from the university, she was my pastor in fellowship and we just clicked and even as a christian both in church and in the market place. We just connected and I found out that she was somebody I could be real with, she wouldn’t judge me and she had become a successful entrepreneur. So, I knew when she started her business, so I had her.

Then Osai Alile, she picked me. I don’t think I picked her because she knew me. Chude and Jibola of the Future Project are like my brothers and I was always around them and she’s a mentor to them and so we would generally do things and so I won Actor of the Year at the Future Awards in 2010.

I started attending a lot of all these leadership thing and when the World Economic Forum was going to start what they called the Global Shapers, she is a young global leader and so they picked these people in countries to select young people to start up stuff. She nominated me and I was like, this woman thinks I’m going to be great, that’s why she nominated me. I stuck with her and I found out that when it came to leadership a nd being an influential woman, not just  a female actor that is pretty in front of the camera. I knew early that being an actor is great, being an influencer is better, being a captain of industry is best. So I talked to her and knew about WIMBIZ through her. The first time I went to WIMBIZ, she paid for me and my life changed after that conference.

WIMBIZ had a mentorship programme, so I picked a mentorship form and then I signed up for the WIMBIZ mentorship, that was how Bolanle Austeen-Peters became my mentor because she was assigned to me from WIMBIZ.

For Biola Alabi,I met her at the World Economic Forum  in 2012. And then Ebuka Obi-Uchendu were global shapers, so we went together. I don’t joke about my relationships because they have been very instrumental. Then, Ebuka took my hand and said, (he knew Biola Alabi already) to Biola, Lala is somebody you should know and we exchanged details. When you go to conferences and take you people’s details, you better follow it up.  I followed up and then I was getting ready for my first production as a independent producer in 2013 and I was confused about the budget, what was I going to do. So I asked for a meeting with her. I went to her, she gave me audience and she was the first person to give me money for the play. She wrote me a cheque of about N200,000 and then she boosted my confidence.

For,  Jumoke Adenowo, she’s like my spiritual mentor. She will call you for a prayer meeting and say we are praying now. From Unilag, she used to do something called Awesome Treasures. She’s a christian woman and a successful business woman.

I also think volunteering is very good. I volunteer on different platforms and places. Two of which are the Africa International Film Festival (AFRIF ) and the Light Camera Festival because I asked myself the other platforms that help film makers grow, where do the influencers come to, they come to film festivals. That’s where they decide what’s going on and as an actor, you are at the bottom of the chain. The directors and the producers are the ones at the film festivals.

So I’m like I can volunteer and I’ve been working for Light Camera Festival for four to five years now, for AFRIF, I’ve been working with them for about a year and its amazing. I get to meet the film makers, they liaise with me before they come, actors are trying to get their attention, meanwhile, they are my friends.

All you have to do is try. You cannot predict how the conversation would go. Keep trying, don’t be discouraged, keep smiling. It’s work, you’ll prepare for it. Its not fluke.

Watch the full interview below