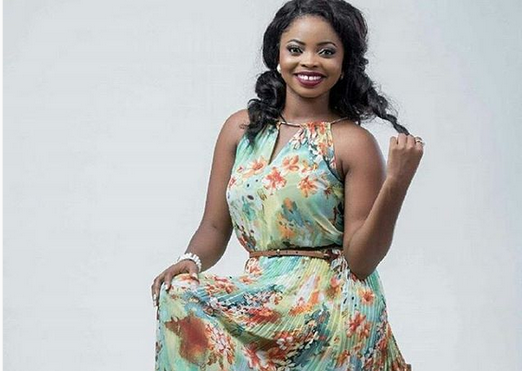 Juliana Olayode, popularly known as ‘Toyo baby,’ is loved for her role in the comedy TV series, Jenifa’s Diary.

Playing the character of Jenifa’s (Funke Akindele) best friend , Juliana didn’t expect to get the role when she went for the audition as there was a crowd.

In a chat with The Nation, the actress talks about how she got the opportunity to feature on the TV series and why she would not expose her body to play a role.

2. She is a writer
I write scripts, I have sold some of my scripts and kept some in my archives, hoping to produce them someday soon

3. She has vowed to remain a virgin until marriage
I opened up (about virginity) because God instructed me to. Some years ago, I was at Bible Study when He said He’ll open a door for me in the entertainment industry and that when He does I should use the platform to talk about sexual purity.

4. She belongs to a ministry called ‘Mine ministry’.
Out of many other things we do, we are strong advocates of sexual purity. We have our World Virginity Day.

5. She was reluctant about going to audition for Jenifa Diary
I got a broadcast message from a friend, Temitope Dada, we call him Dabest. I usually don’t read BCs especially when lengthy but I did and my mentor encouraged me to go for it. I had been going for several auditions and they never got back to me, so a part of me didn’t want to go for the audition. Dabest also told me to give it a try, so did my mum and some other friends.

I attended the audition and I was 527 on the list. The audition was supposed to start by 10am. I was there by 8am and was surprised to see the crowd. I wanted to go back home but my mum, mentor and friends that I called, told me not to leave there without being auditioned. A few days later, I was called for another audition. I scaled through and was called back for yet another. It was really competitive as we had about 20 people wanting to play Toyosi at the third stage of audition. But all thanks to God who singled me out and I was picked to play the role. That’s how I found myself in Jenifa’s Diary.

6. She is also a make-up artist
I learnt makeup for the series, Jenifa’s Diary. I was told ahead that the character would venture into makeup in the next season and Mrs Funke Akindele Bello told me to learn to help make it real.

7. Her role models
Jesus is my first role model; He is worthy to be emulated and I daily ask Him to teach me how to be like Him. I also have others like Mrs. Titilope Adigun, she is an amazing woman believe me when I say so. There is Genevieve Nnaji , Mrs Funke Akindele Bello, Mrs Joke Silva, Bimbo Akintola and a couple of others that I admire.

8. She is a motivational speaker
My mentor, Mr. Timi Adigun helped me discover my talent. I used to think no one would listen to me and that I don’t have what it takes for people to listen to me but he encouraged me. He would give me responsibilities to talk about at Bible Study and in church. He gave me assignments that made me start enjoying talking to people and brought me out of my shell.