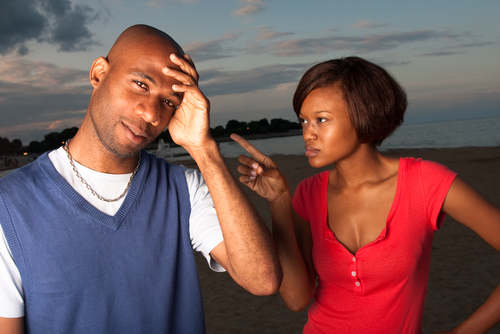 A preacher once said, “A typical African man does not change for his wife.”

According to the preacher, an African man wants only his bidding to be done, therefore, enforces it without putting the feelings of his wife into consideration.

Sadly, I saw this played out at a women’s conference I attended last week.

A young man who was one of a panellist said he would never allow his wife to be free to express her full potential, while quoting the bible and talking about women who submitted to their husbands.

When I heard that statement, I shook my head in pity for the wife or wife-to-be of this man.

According to him, when a man permits his wife to be free, she becomes proud and would overshadow the man.

In fact, when the women panelists were overshadowing his thoughts, he called out his wife and made her promise him she would do a men’s summit next year or else, he would not support her again.

After his wife didn’t fully acknowledge what he said, he went on to say that he would start his own NGO next year and would hold a men’s summit too.

As irritating as the discussion was, it dawned on me that there still many men who do not want their wives to be truly and totally free to fulfill their potential.

Even some of those supporting their wives are often domineering.

I have an uncle who stopped his industrious wife from her job because he wanted her to join him in full-time ministry as a clergy.

After the wife stopped working, this man would fight her whenever she asked him for money for foodstuffs or tell him foodstuffs had finished.

It became so serious that this woman wanted to start a small business but she realised that anytime she was making headway, her husband would borrow money from her till the business packed up.

At times, he threatened her so much that she closed down the business.

When I asked this woman some questions, I realised that her husband didn’t want her to work and start making money because he believed she would be proud.

Meanwhile, this same man vowed not to allow the husbands of his children stop them from working (he has five daughters).

This made me realise that many men who want their wives to solely depend on them for survival, will not want their daughters to have the same experience when married.

Why would any man believe that the woman should always give up her dreams for her husband because he feels she was created for them.

This will make me talk about two vivid examples of women, who with the support of the husbands did exploits without the men feeling threatened by their wives’ successes.

Deborah, in the bible, was a prophetess and a judge and she was still a wife to her husband, Lapidoth.

The bible recorded that Deborah went to battle after the man, Barak, appointed by the Lord for the battle, said he would not go if Deborah didn’t follow him.

Deborah went to the battle, won it and today has her name in history.

Folorunso Alakija, the richest black woman, is another force to reckon with.

In an interview with Peace Hyde last month, Folorunso spoke of how her business became a family one and how her husband was going to court consistently to make sure that they won a case when the government wanted to cheat them.

The name Alakija, today, may never be in history if Modupe Alakija, Folorunso’s husband, had not supported her.

The stories of these women showed that history can be made if men complement their wives rather than competing with them.

The names of these men may not have been known if they hadn’t supported their wives.

What I am trying to say is that until women start avoiding these kind of men, there will always be great misunderstanding as well as a pile  of dissatisfied women giving up their dreams because their husbands want them to do so.

Although, there are women who apply force and wisdom to do all they can to express their individuality, it becomes easy when a woman’s husband supports her.

Unfortunately, not many single ladies are not interested in finding out if a man will support their dreams or not. They seem to be more concerned about the material things the man possesses.

Salient questions are ignored because they think love is greater and with love, they would cross the bridge when they get there.

It is high time single ladies understood that they need to know that man deeply before they say ‘I do.’

A shift from ‘I want a tall, dark and handsome man’ to “I want a man who will respect, support and invest in my dreams” is important to fulfill purpose and destiny.

Beyond the physical features, single ladies should look deep, use their courtship period to know their men more by asking questions, no matter how irrelevant they may seem. Who knows, it might become a compass to the truth.