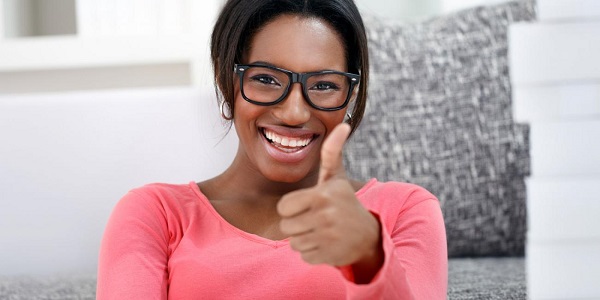 My Nigerian passport expired earlier this year and as I have a wedding to attend in Ibadan in December, I had to find a way to renew it. I started by filling out an online form. By I, I mean my hubby did, because I lost patience half way through trying to pay and getting error messages. After crossing that hurdle, I prepared for the main event: my visit to the Nigeria High Commission (NHC).

I decided to go to London by coach ( bus)  because it would have been a nightmare trying to get parking in central London. I was very determined to arrive at the NHC by 6am. I was filled with trepidation as the day of my visit approached as other fellow Nigerians who had visited the NHC had warned me to prepare for a very stressful experience.

On the day: I woke hubby up at 2am to take me to the Birmingham coach station. He grumbled throughout the 15min drive that I had deprived him of precious sleep. This was after he had had a good laugh at my arctic-inspired outfit to battle the cold. I wore my lovely winter jacket  which I persuaded ( forced)  my kids to buy me for my birthday. Underneath was a thick jumper, a long-sleeved top, a thermal vest, padded undergarments to keep the girls from freezing, gloves and a thick neck-scarf. I also had on jeans and my almost new pair of trainers. Almost new because I had only worn them once to a trampolining event that I thought I was invited to, along with my kids (It turned out I wasn’t invited)

3am: I boarded the Birmingham to London coach. There were only about 5 empty seats on the coach which sat around 48 passengers. All I can remember was the stench that greeted me as I entered the vehicle. The other passengers were mainly hard-faced men, and my friendly smile faded as I slowly walked to the back of the coach, trying to find a seat beside a  not-so-evil looking person. I finally sat beside a young Asian man. As I settled into my smelly and cramped seat I noticed garri, I mean dandruff, in copious quantities on the shoulders of the man seated in front of me. Within 15 minutes, the Asian man was fast asleep and drooling. I didn’t actually see the spit but I could smell it so I shoved him a few times when he leaned towards me in his sleep. I felt like kicking him into wakefulness when the man in front took off his shoes and a pong of rotten toes almost knocked me out.

6.15am:I made it to the doors of the NHC. I was pleased to be the 3rd person on the queue. The smells and the cramped journey were worth it. After about an hour of trying to wriggle and jiggle on my feet to keep warm, I succumbed to the temptation of the 3 steps of stairs at the front of the  NHC. It was better than standing but the view was uninteresting, so I wrapped my jacket closer and started listening unashamedly to the conversations around me.

9am: By this time the queue was very long. My feet were half frozen on the stairs and I dared not leave my coveted spot to find a hot drink. The crowd has swelled with loud complainers who berated NHC staff for not opening the doors at 9am, even when a notice on the door clearly stated that the Passport section opened at 9.30am.

9:15am: I tried to while away time by thinking of how I would beg to be seen when I got into the NHC, if need be. It was all I could do not to slap a large woman who joined the queue around that time and started abusing NHC staff for keeping us waiting.  I had been there for 3 hours! She needed to shut up.

9.30am: The door opened and a man in a high-visibility jacket started to allow us in one by one. People who were at the NHC to collect their passports were given priority but eventually we were all allowed into the basement waiting room. I expected bad customer service. I had been warned to expect no less. I had planned to remain in the NHC until they closed that evening. In fact, my return coach to Birmingham was booked for 7.30pm, honestly!

However, I was pleasantly surprised to find that I was attended to by efficient, if a bit brusque, officials. We were summoned to the first desk to submit our documents, and shortly afterwards I was asked to proceed to the biometrics room by a large monitor in the waiting room. I got into the biometrics room within 30mins of entering the NHC.

11.00: I finished in record time. I was elated that I completed the process so quickly. By 12 noon I had rebooked my coach ticket and boarded a (not-smelly) coach to Birmingham. When I called my hubby to tell him I was on my way home he thought my application had been turned down because of some error.

We are usually quick to criticise facilities and services provided by Nigeria and Nigerians. We compare many services to those provided by western countries. While we are usually right to complain when things don’t go well, we must remember to give praise when it is due. The officials at the NHC were just that: officials doing their duty. I don’t know if this was because I was one of the first clients on that day, but I can say truthfully that I could not fault the service they provided.

I would have loved to finish this piece on a high but I was told just before I left the NHC that it was unlikely that I would get my passport in time for me to travel to Nigeria in mid-December. I was advised to return to the NHC for a travel certificate if I didn’t get my passport three days before my travel date, something about unavailable booklets.

I do hope I get my passport on time. If I have to go back to get a travel certificate in December, it will negate the good experience I had last week. It shouldn’t take 8 weeks to reissue a passport, even if they just chopped down the trees for the paper last week. I won’t be feeling as appreciative of the services rendered by the officials if I don’t get my passport.The question I will be asking is: ‘Who exactly do they ‘epp’?’