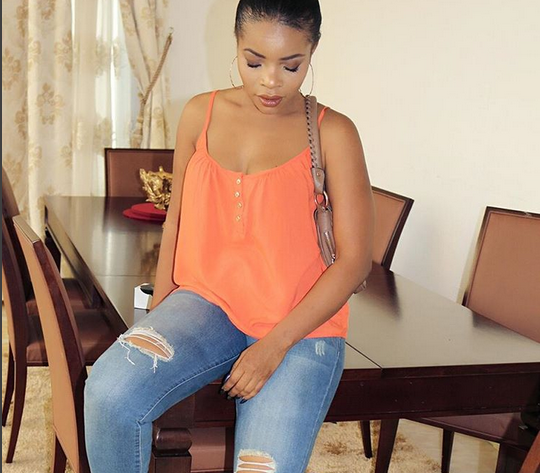 One of the biggest issues we read about in the media this year is Domestic Violence. There were countless stories of women who were battered by their boyfriends and husbands.

While it is good that this got a lot of media coverage this year, it is also sad to know that there are still so many women staying with their abusive husband

While sympathising with a lady who died as a result of domestic violence, Laura said victims should get out of such relationships rather than complain about how much was spent on her wedding outfit.

Instagram pls stop begging women to go back to bad marriages. Women are dying everyday from domestic violence. Stop complaining about how much you bought asoebi and help these women get out of danger. RIP angel.

Pls my fellow ladies, marriage isn’t By force!!! We need to stop marrying because of the society. Don’t be in a domestic violent marriage, stop thinking the idiot would stop beating you, violent people don’t change, if he hit you once, he would do it again. You still don’t wanna leave because of what society might say? Leave!!!! You silly woman. Run for your life, for your children’s sake, for the future of your children. It’s worse when he beats you while you are pregnant. Gosh, God will punish any man that puts his hand on a pregnant woman. You shall be useless for life. RIP pretty lady. You should have left last year like you said you were. F₩#@k society. They know nothing. Marriage is not by force. Don’t marry him cos instagram is disturbing you on when to marry. Stupid unhappy people constantly reminding you of your biological clock. Rip angel.