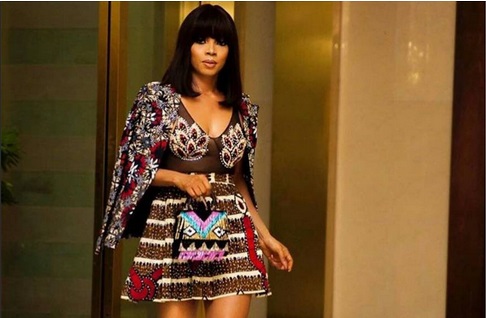 Since Toke Makinwa released her tell all book ‘On Becoming’, many people have asked if Maje or the other people she mentioned in the book have rights to sue her for defamation.

While many people are arguing for and against it, Toke has said what she thinks about it in an interview with Ebuka on rubbing minds.

“It is a tell all, and it is my story. Everybody mentioned or involved have a right to tell their own story, so I wouldn’t speak on anyone’s behalf”, she said

See her full response below