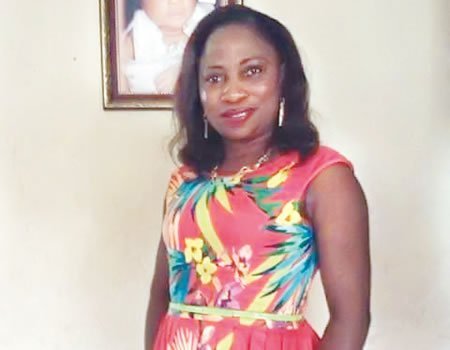 A style editor of Compass newspaper, Mrs. Ronke Kehinde, who was almost kidnapped last week Wednesday through a poisonous flyer, is calling on people to always be at alert.

In a chat with Tribune, Ronke narrated the incidence.

I was coming from Computer village, Ikeja last week Wednesday, driving towards Ikeja General Hospital. There was a traffic hold-up due to the traffic light under the bridge that was on red at the time. Then, a lady appeared from the blues with flyers in her hand. She was by the passenger’s window, but her hands were already inside my car, holding the flyer to my face. It was property sales flyer. I wasn’t interested, but I took it, because I wanted her to go so I could drive on. At this time, the traffic light had turned green. I took the flyer from her and  dropped it on the seat beside me. As soon as I moved, I noticed something strange.  I was feeling some sensation in my eyes.

They  were peppery. I looked at the flyer suspiciously and quickly threw it on the floor of the car, because I wasn’t sure if what I was feeling was as a result of the flyer or  where I was at that time. I took the roundabout turning beside LASUTH, then connected the flyover near Awolowo House on Oba Akran Road. As I continued to drive, I was feeling so dizzy and uncomfortable. My eyes were getting unbearably peppery.  Curiously, as  I was getting close to Guinness, I noticed a light brown car following me. There were three men in the car. Anytime they got to my side, in the traffic, they would all look at me intensely.

It was at this point I realised something was wrong. It was then I started suspecting  a set up. I stuck my head outside the window while driving, so I could get fresh air because I was actually choking.

I suspected that those guys were expecting to see an unconscious woman. The lady that gave me the flyer must be working with them.

When they noticed that I was fully conscious because I was looking at them, they stopped following me.

We have already reported at the Police Station. There is indication that the Police will do forensic analysis on the flyer. My husband is  fully involved. He is very familiar with the police. It is a terrain he is very used to. He is determined to get to the root of the matter because he was the first person I contacted after my escape. He received me outside the gate and after asking questions, he picked up the flyer on the floor of the car and sniffed it. He was alarmed when his eyes also became peppery.

Read her full interview on Tribune