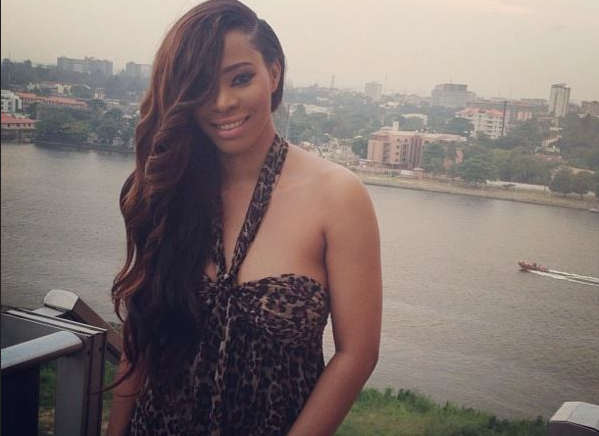 Depression is a mental condition that knows no gender or status. Unfortunately, it is not well understood by many people and that makes people who are depressed reluctant to get help on time.

Karen Young, an ex-beauty queen and media personality talks about the time in her life when she battled depression, a story that is also the true for many women who are too afraid to face it.

In a chat with Wale Adefarasin, Karen Young talks about how depression almost made her commit suicide and her journey to recovery.

SEE ALSO: This Story of How Romechia Pushed Her Son On A Swing Till He Died Reminds Us We Need to Pay Attention to Depression

It started about two years ago. I was basically enjoying my career and enjoying being in the limelight and all of the things I could do to impact on people that looked up to me. And I noticed that the things I used to find pleasure in, I stopped finding pleasure in. I got into a new relationship and it was abusive mentally and physically and I think because that was my first experience, I didn’t know how to deal with it, I didn’t know who to talk to, so I just went into myself and because it went on for quite some time, it really broke me down mentally.

It was something that was hard for me to shake because I was alone it because I didn’t have help. I was too ashamed to reach out to people to say, ‘oh, he’s hitting me,’ and I’m hiding bruises and lying about it all the time and it just took me on a downward spiral and the more and more I try to endure in fighting it, the harder it became and it was like I was sinking, I was drowning and there was nobody to help me.

So, his reaction to it was negative because he has this typical Nigerian mindset that, ‘you have no reason to be depressed,’ ‘you are beautiful,’ ‘you have all you want,’ ‘why are you saying you are sad’, ‘what’s making you sad’, ‘you are doing this to yourself,’ so he couldn’t understand and the more he made it seem like there was nothing wrong with me except myself, the more I sunk into it because I kept thinking I had no reason to be sad, there’s something wrong with me mentally and so it took a while for me to accept until I had that experience, the attempt that it was like a wakeup call and I knew that it’s either I acknowledged and beat it or I keep hiding and lose my life at the end.

I tried to kill myself, I woke up one morning and I never felt so low in my life like I could barely get out of bed, I spoke to my sister I remember, but I tried to have a normal conversation with her and she kept saying you sound funny what’s wrong with you but I didn’t want to tell her because I didn’t want anybody to stop me from doing what I wanted to do. I had made up my mind.

So I took a razor and I slit my wrist. I was downstairs but the doors were opened because I have neighbours living in the same compound as myself but because they hadn’t seen me in a couple of days, like four days.

So I was downstairs I was bleeding out and at a point, I panicked and started thinking if I really wanted to do it but I had done it. And I knew it was too late. So I tried to get up and walk to the kitchen but I collapsed. Apparently, that was where my neighbour’s driver found me because the blood had soaked out from the kitchen floor. So he saw it and took the car key on the rack where I hung it, carried me into the car and drove me from different hospital to the other.

They rejected me in about three hospitals because there was so much blood and then finally, one hospital in Lekki and they said, you know what, if you take this women somewhere else, she’s going to die. So they stitched me up right there in the lobby (because I cut an artery).

I was not lucid enough to answer questions, so the guy went back to the house and got my wallet, they saw emergency numbers and called my mom and my sister, they showed up and when I woke up, I felt different.

I was amazed that I was alive because I literally looked death in the face.