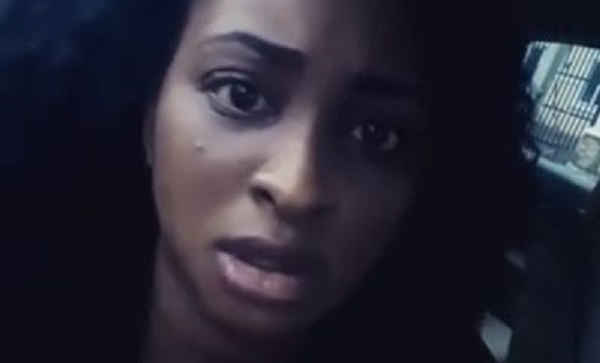 Etinosa Idemudia posted a comedy video on her instagram page some days ago with a very rather disturbing advise to women on rape.
She advised that just as we turn lemon into lemonade and pepper into pepper-soup, women should learn to turn rape into rapport. She said they should relax , enjoy it and think of it as a one night stand to help them cope and prevent further violence from the attacker.

As it should be, many people do not find her joke funny or her advise helpful and have demanded that she should publicly apologise for the joke.

Although she has pulled the video down from her instagram page, she still defends her statement saying she was only trying to share a coping mechanism.

She tweeted, “I just shared my own coping mechanism on MY own page. I didn’t impose it on anyone. Cyber trolls and bullies fuck you. This is my thinking for adult women not children. If you don’t agree then suggest a better way. Nobody prays for death but u gotta b prepared?? People prepare 4 death by having wills and succession plans. Some don’t cos “sensitive topic”. If we keep hiding, cowering and shying away from sensitive topics such as RAPE etc we will never equip ourselves with survival tactics”

Here are two things I really wish she will learn from all these;

1.She says her advise is a coping mechanism, but here is something she probably doesn’t know – there are many useful expert and survivor advise on how to survive during a rape attack especially in a very violent situation, none of them include enjoying the rape and thinking of it as sex. Because if it is not sex, it is not sex.

2.Something else I also wish many people will learn from this is that – Never ever make a joke about rape. No matter the angle you are taking it from, there is absolutely nothing funny about rape. If she says this is more of an advice than a joke, then I will say, if you are not very knowledgeable about the psycho social impact of rape, then be careful of the advise you give, you may be doing more harm than good.

3.I know she probably doesn’t support rape but the truth is, with this joke and advice she has contributed to the rape culture. By saying a woman should enjoy the rape like sex she is somehow saying rape isn’t that bad and women have a control over if it will be a rape or not. Putting the responsibility on the victim, especially with the lemon to lemonade analogy. She has also just given rapists a pass!

I know she most likely didn’t set out to promote rape or undermine the experiences of rape victims, but opinions like these are what fosters the rape culture and that is why they need to be addressed. I really hope she sees the point in what many people are trying to say about why her joke is wrong.

Below is the video she posted