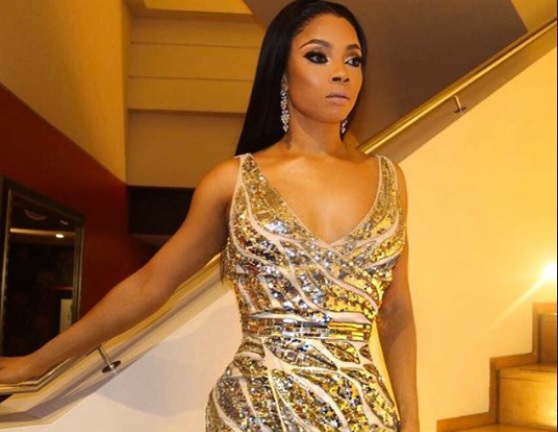 While many women have praised Toke Makinwa for speaking out about the emotional and psychological effects of being married to a man who cheated on her so many times, some women have said she should just have moved on without telling her story to the public.

Toke Makinwa was a guest on BBC World News’- Focus Africa yesterday and there she talked about her tell it all book, ‘On Becoming’, when she was asked why she is ‘airing dirty linen in public’, she had this to say:

SEE ALSO: Let Eno Mfon Show You The Best Way To Silence Those Who Think There Is No Space For You!

This is not to shame or cast away our culture as Africans and as Nigerians and as a yoruba girl but I feel like a lot more needs to be done, where we stop the culture of shaming people to silence. Certain things happen. To me, it might be a crashed marriage, for someone, it might be a sick child, for some people, it might be the loss of a loved one and we are told to just keep covering up. People have died from being silent.