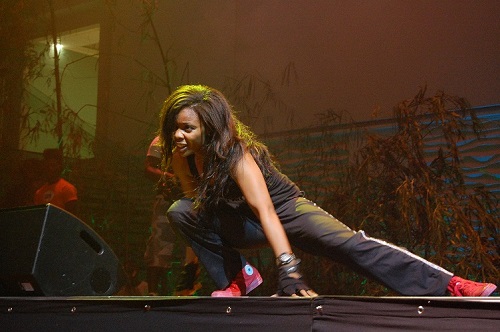 Kafayat Oluwatoyin Shafau popularly known as Kaffy gained world recognition after she broke the world longest dancing record with a time of 52 hours and 3 minutes in 2006.

11 years after, Kaffy revealed how she almost dropped out of the competition owing to pneumonia.

“I was right there in the competition having moments where I was really sick. I had pneumonia and I had to carry on. There was a point where I was like, “ok, I have led my team to a point where they can carry on without me and everyone was like if you go, I’m going to stop.”

Kaffy also revealed that her father kicked her out of the house because of her passion for dancing, instead of continuing her studies in Aeronautic Engineering.

She said; “I got motivated by the negative attitude that people have towards being successful as a young person. There’s this stereotypical box that your environment, your society expects of you when you want to define what a successful person is. It’s either you’re a doctor or you’re a lawyer. I want to be an aeronautic engineer but if I love dancing, I can make dancing popular. I can dance and be sitting in the same room with presidents, governors, ministers, kings. It’s not about the profession but about the people.”

Watch the interview below