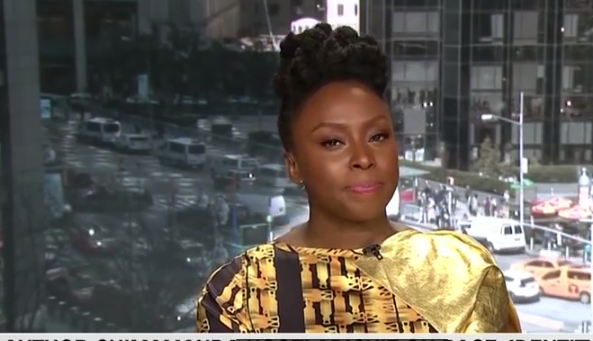 “I am angry, and I think everyone should be angry about the state of gender. But I also want to persuade, I want to talk, I want to have conversations,” Chimamanda Adichie says.

As a guest on CNN‘s popular TV show Amanpour, Chimamanda Ngozi Adichie speaks on what needs to be done to move towards a gender-equal world.

I am angry and I think everyone should be angry about the state of gender. I think there’s gender imbalance in the world, a lot of it is infuriating to me because it is about injustice. It is so unjust that so many people who make up half the world population don’t have the access and opportunities that they deserve but at the same time I do not mean that all men are evil and terrible, I think that privilege means often that one is blinded. I dream of a world where we no longer need feminism because it would be redundant.