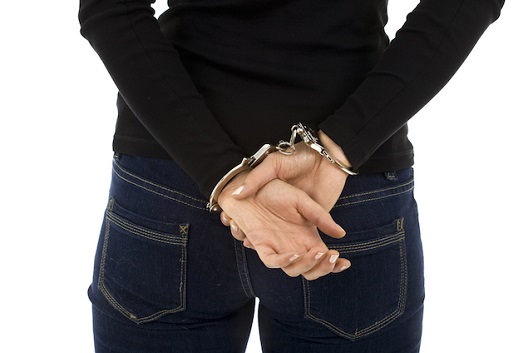 A 33-year old single mother of four, Aishat Akintunde, has been arrested for allegedly duping her Facebook lover of money and properties worth N5m.

PM News reported that Aishat was able to fool her France-based lover, Ayobami Adeniyi after she promised to marry him and also help him buy a petrol station in Nigeria.

Aishat was initially arrested for selling an unregistered Renault bus with properties inside for just N1 million and then claimed that her lover sent the bus for her to sell.

SEE ALSO: IT HAPPENED TO ME: My Experience At A Scam Job Interview In Lagos

When Adeniyi was contacted, he asked that Aishat is detained till he gets back to Nigeria.

Narrating his ordeal in the hands of Aishat, Adeniyi explained that he met Aishat in November 2016 and Aishat had told him that she was a divorcee.

According to him, Aishat told him to send N100, 000, if he was ready for a relationship, which he did since he was desperately in need of a wife from Yoruba land.

In February 2017, Aishat advised Adeniyi to buy a petrol station which her mom was selling for N4m, so as to have an investment to fall back on when he returns to Nigeria.

According to Aishat, her mother was a big time oil dealer in Nigeria managing three filing stations and wants to sell one of them

Although he accepted her advice, he requested to speak with Aisha’s mom, who confirmed the claim that she was an oil dealer.

“I equally sold my Peugeot car in Nigeria for N1 million and remitted the money to her account. I also shipped a Renault bus with properties inside valued about N2.5 million to her to sell and pay for the filing station. But I was surprised to hear that she did not buy any filing station, but instead converted all my money to her personal use and plunged me into debt.”

Aishat, however, said that Adeniyi only sent N1.5 million and the bus she sold for N1 million was used by an uncompleted building at Ijoko area of Sango Ota, Ogun State.