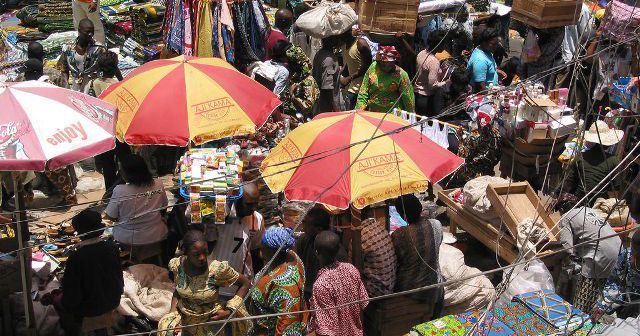 A group of women have reportedly petitioned the Lagos House of Assembly over  harassment from male traders in Balogun and Tejuoso markets. According to the petition, this has made shopping become difficult and unsafe for women who patronise these markets.

The petition which was shared on Twitter by Kelechi Duru reads,

RE: HARRASSMENT OF WOMEN IN LAGOS MARKET (NOTABLY BALOGUN AND TEJUOSO MARKETS).

We begin this OPEN PETITION to the House of Assembly with this quote from the “HANDMAID ‘s TALE BY MARGARET ATWOOD :NO MAN SHOUTS OBSCENITIES AT US, SPEAK TO US, TOUCHES US , NO ONE WHISTLES.”

While we appreciate the ongoing improvements and all round developments in LAGOS STATE, we regret to say the harassment being meted out to women at these markets had been a thing of concern both in the past and present times.

There continues to be reports from women about how men of the markets scene harass women who go shopping in these markets.

These experiences leave a bad taste in the psyche of the victims. It makes shopping in Lagos market unpleasant and unsafe for women.

Women find it so much embarrassing to find men(traders) attempting to or holding their waists, attempting to touch their breast whistling or speaking obscenities at them.