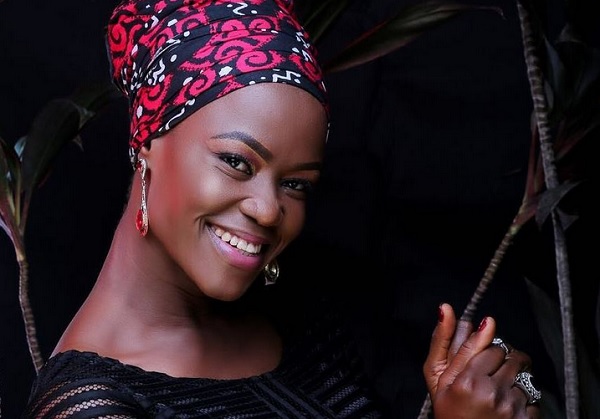 Many women have thrown away their ambitions and goals because someone thought they couldn’t do it.

Singer and writer, Sola Allyson, has come across such people in her life’s journey and she has some advice on how to deal with them.

Recalling her journey into music, Sola said she was disuaded by many not to venture into her kind of music because it sounded ‘irregular’

Admonishing people not to allow themselves to be discouraged by whatever anyone is saying to them, Sola said, with time, they would experience breakthrough.

Look, let no one tell you a breakthrough for you is impossible!!! If you’ve “found” something and you’re sure it’s from your inside, bring it out, define it, refine it, keep at it.

It may not look or sound regular, not as usual. You may not even have a “Mentor” that could understand and guide you. See, The Holy Spirit is the best Mentor! If someone does not understand your call or your walk, how can they guide you??? How would you not be a part of the pack and lose your identity???

(Mentors are helpful, don’t misquote me o!) Ha! Some people tried to change me, to make me go a particular way they felt was good for me. They meant well, and they truly wanted to help, but I was driven by “something” I couldn’t explain in my heart!!!

I was misunderstood and it looked like I was stupid. I seemed and still seem very strange. As much as I couldn’t explain the strangeness, I was, and I am, at total PEACE with it; with the Me that was/is evolving; with the strange but beautiful design The Father carved me to be!!!

Let no one tell you it’s impossible to shine because you’re not like them. You can shine. You can soar. You can do it! As long as you follow and grow in the values of The Father, you can! And you would!!! #Yoodaa!

In the beginning… There is SOMETHING you carry that you haven’t discovered now. Don’t be afraid to start with what you have. Despise not the days of little beginnings… Here a little, there a little… And people will have their own opinions, never allow that deter your move.

If I had listened to those who opinionated that my song was not “good enough” and joined them, where would I be by now? Surely a part of the pack, definitely! They “knew” more than me and were more “exposed”, they were more convincing and proved their points why my attempt was not good enough.

But SOMETHING held me on. I was not angry and I loved and believed in them, but I just knew I was DIFFERENT and our journeys are not the same, though we were together.

See, listen inwards and stop trying to look about for approval. Stop trying to please everyone or make everyone like you. People would always say something different. Know and hold on to your discovery about yourself. If GOD Is making you start a new thing, do you think people would be in the best place to guide you?

If it’s new and unusual, you think regular people would understand? Won’t it be most beneficial to seek more the approval of The Giver and grow in HIS ways? HE whom GOD Has blessed and given a platform, who can ignore?

Those you’re sent to would listen and believe in you and be crazy about you! No one is sent to everybody on earth, we all have our segments of the society! Many people are waiting for you! Let The Spirit help you to focus right!

By the way, here, the story is still being written. It’s still a process. There is still movement. To that beautiful place we don’t have words to describe but is partly seen by the sixth sense! Something is happening! #Yoodaa!