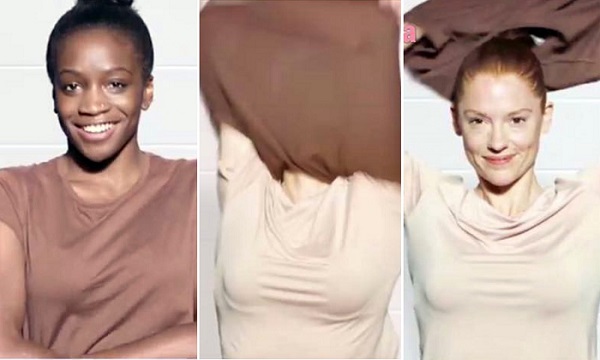 Recently, Dove, a beauty brand owned by Unilever, was criticised for a racist ad campaign it ran on Facebook.

The ad, which shows a black woman becoming white after using the brand’s lotion, has come under heavy backlash and the company has apologized for the offense.

However, in an opinion piece on Guardian UK, titled, “I am the woman in the ‘racist Dove ad’. I am not a victim,” Lola Ogunyemi, the black woman featured in the ad shared her views about her role in the advert.

She explained that her reason for taking up the chance to be the face of a new body wash by Dove was because she wanted to change the narrative that has so long existed in the society that dark people needed to be lighter to look better.

“Having the opportunity to represent my dark-skinned sisters in a global beauty brand felt like the perfect way for me to remind the world that we are here, we are beautiful, and more importantly, we are valued,” she said.

Sadly, Lola said, she woke up one morning only to discover that she had become “the unwitting poster child for racist advertising.”

Even though she had a great time with other models during the shoot of the advert, she explained that she would have declined the offer if she had known how people were going to perceive it.

“If I had even the slightest inclination that I would be portrayed as inferior, or as the “before” in a before and after shot, I would have been the first to say an emphatic “no”. I would have (un)happily walked right off set and out of the door. That is something that goes against everything I stand for.”

Noting how Dove had been criticised for the same thing in the past, Lola said that “the narrative has been written without giving consumers context on which to base an informed opinion.”

Even though Lola, a US-born Nigerian, agrees with Dove’s apologies, she feels that they could have also defended their creative vision, and their choice to include her, an undeniably dark-skinned black woman, as a face of their campaign.

“I am not just some silent victim of a mistaken beauty campaign. I am strong, I am beautiful, and I will not be erased,” she says.