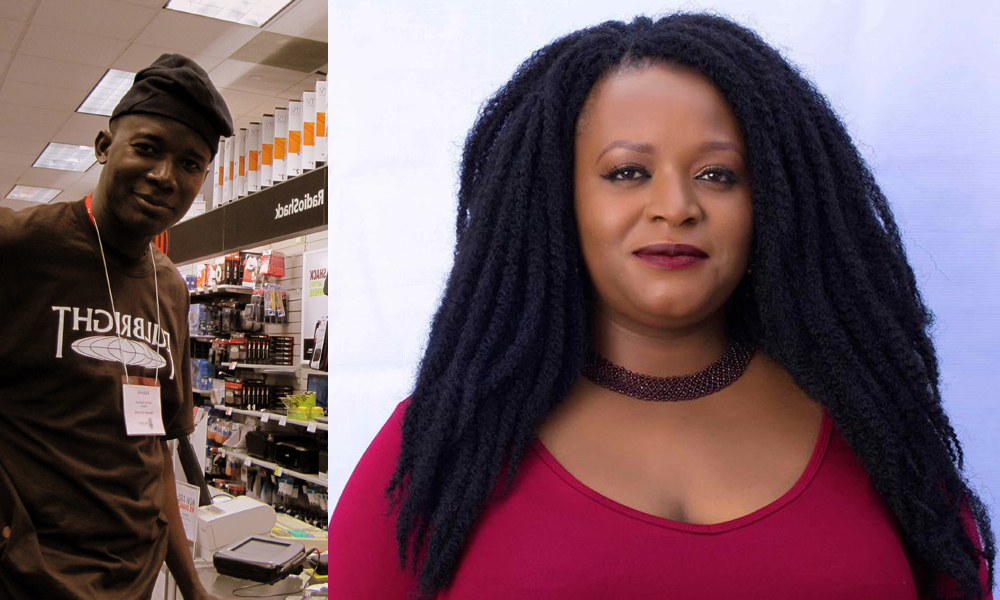 We love romantic gestures as much as most women. And how this Nigerian man celebrated his wife’s birthday on twitter is beautiful.

One of the couple’s friend, Chris Ogunlowo wrote about the gesture on Facebook. Read below:

Beautiful people, while y’all were busy at your Monday tables, this romantic ish happened on Twitter. It’s my friend, Temie‘s birthday. Her husband, my friend too, Kola Tubosun, involved me in a small stunt.

Temie had made Kola’s birthday beautiful so it was time for a revenge. He had planned a lunch at a cool hotel, some spa ish and random yadayada but we wanted more. We challenged ourselves to come up with an idea that would be simple, cool, and most importantly, appeal to Temie’s intellectual and romantic sides. The husband and I, usual collaborators in a record of mischiefs and silliness, started to brainstorm. Two brains. Chatting and chatting. Scampings and scampings. Gbam! We hit an idea…

Idea: Kola would write a cool and romantic poem and share couplets with Temie’s friends who would post it on Twitter, on schedule, with the hashtag – #T32.

Everybody made it happen. Happy birthday, Temie, my friend and friend’s awesome wife. Here are the tweets: 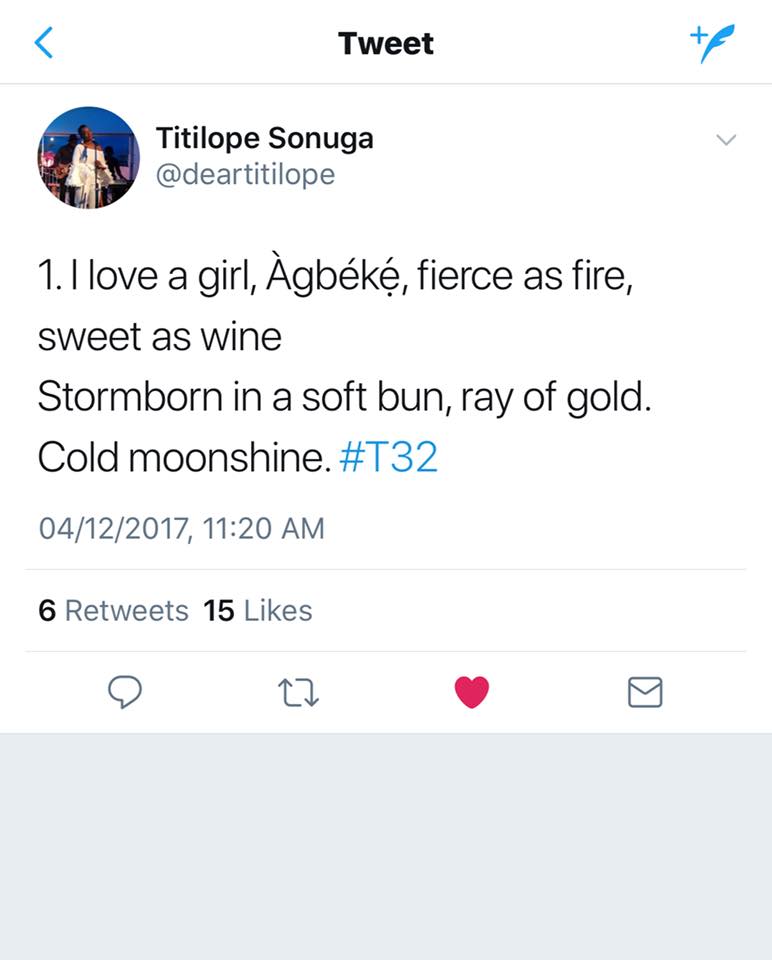 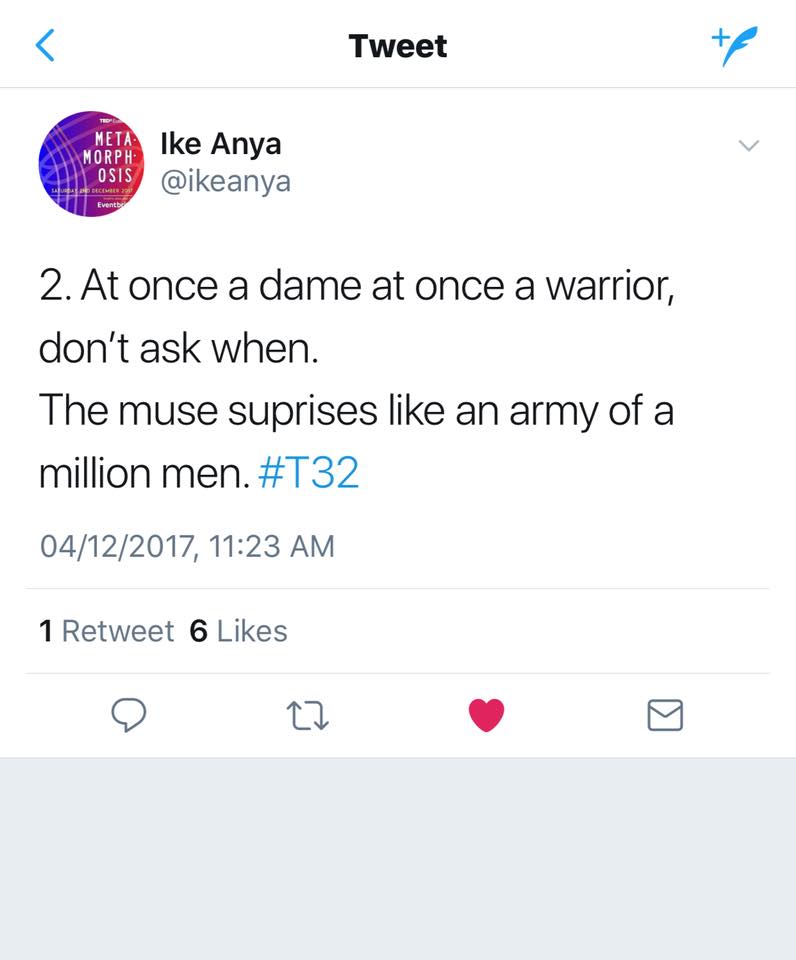 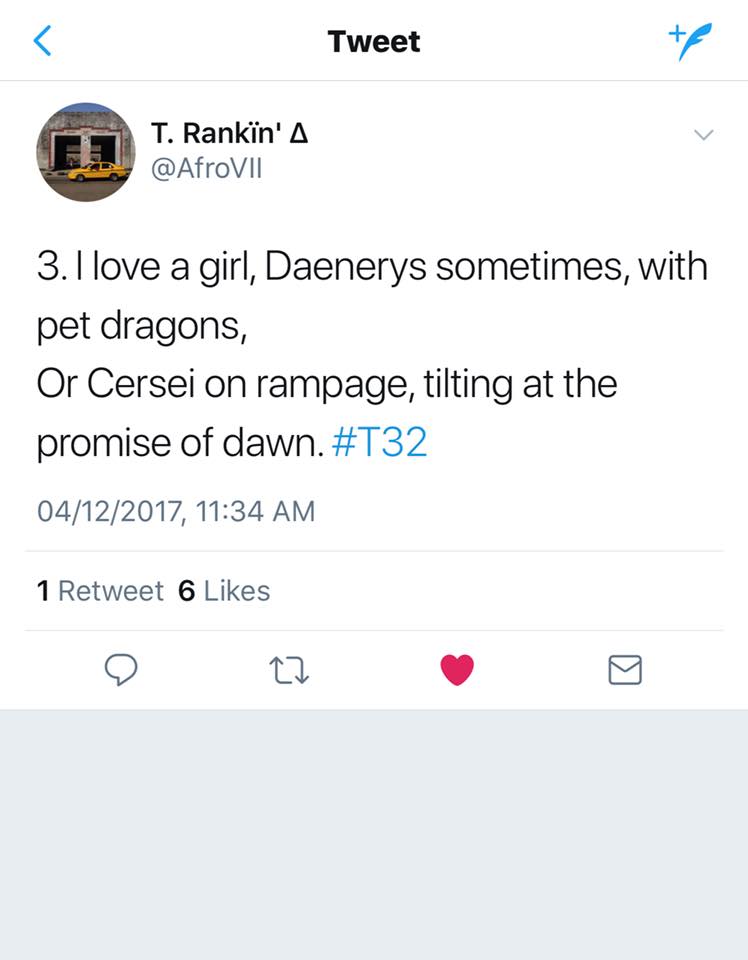 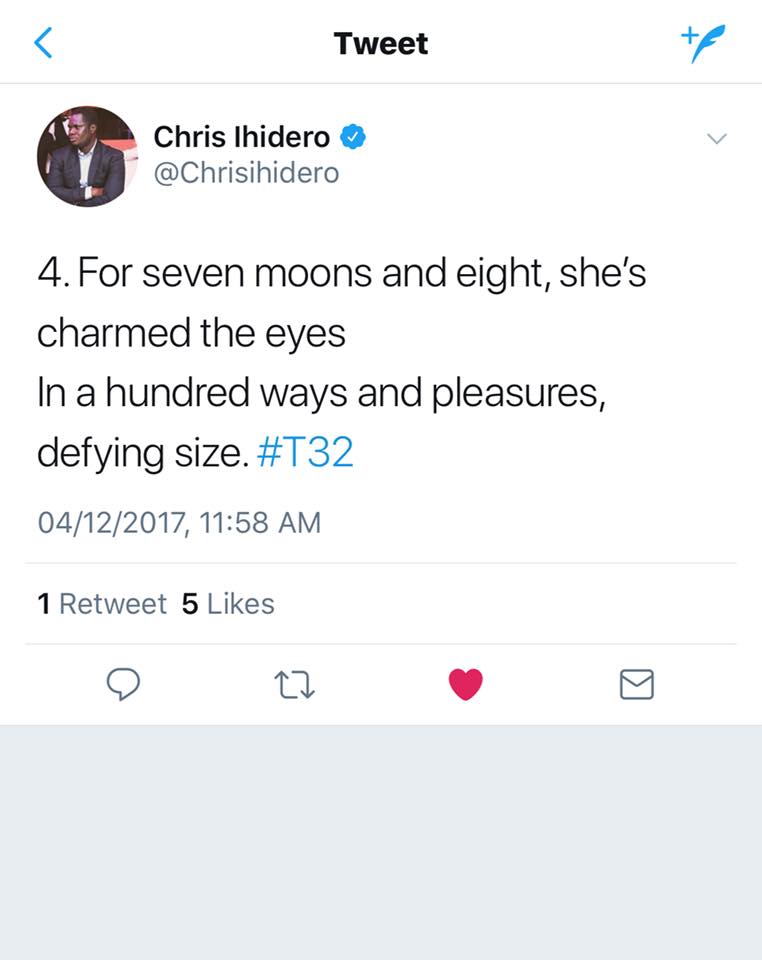 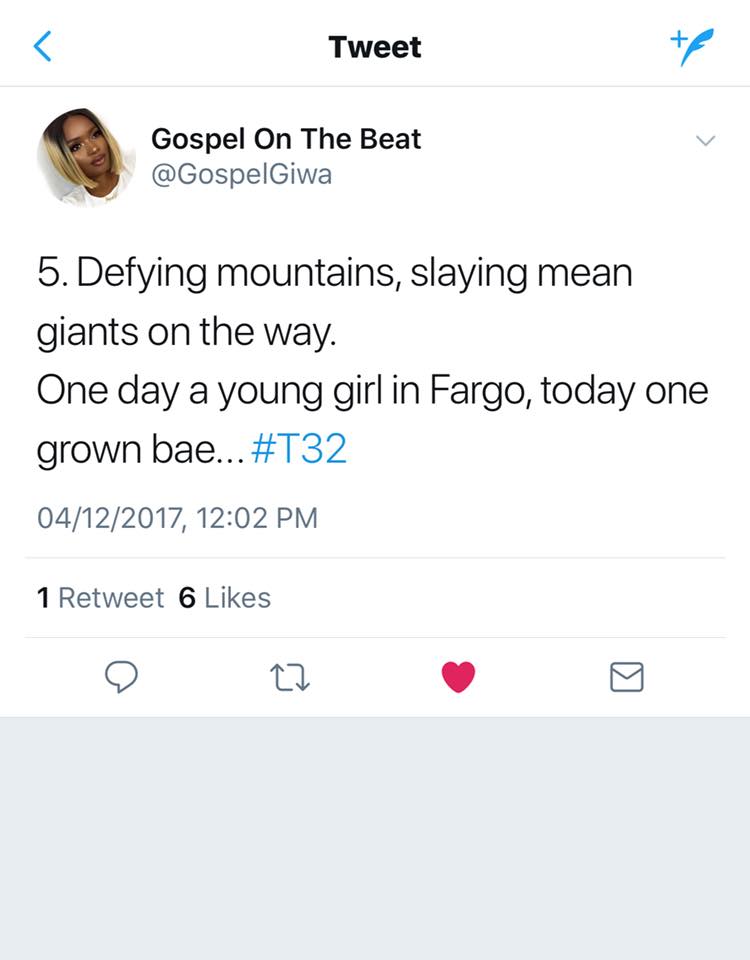 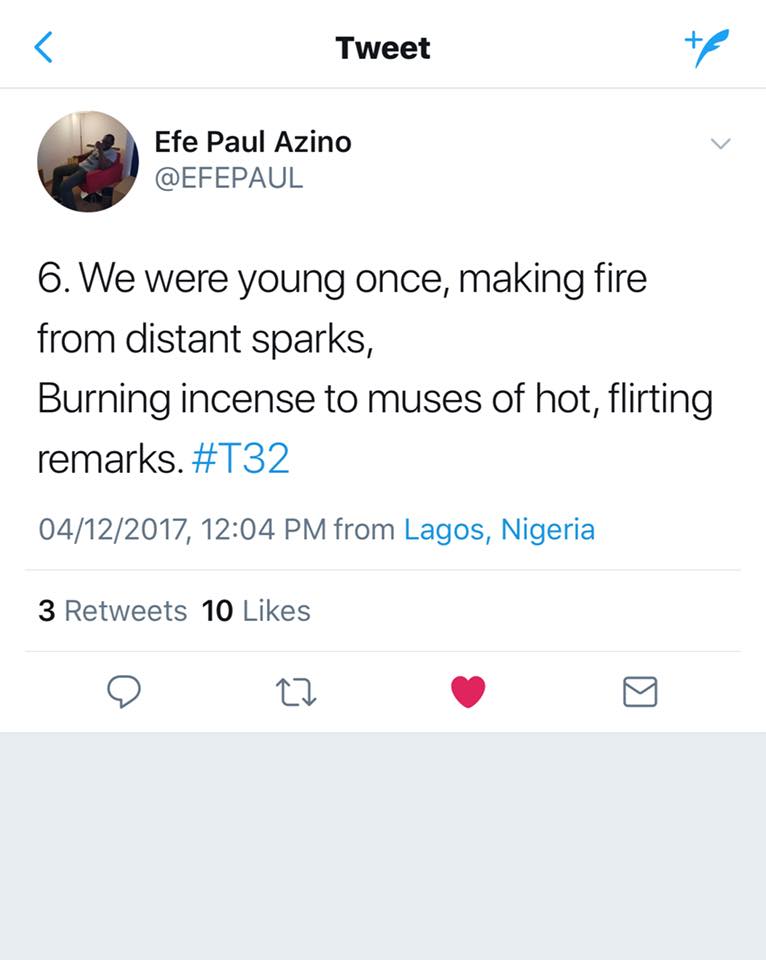 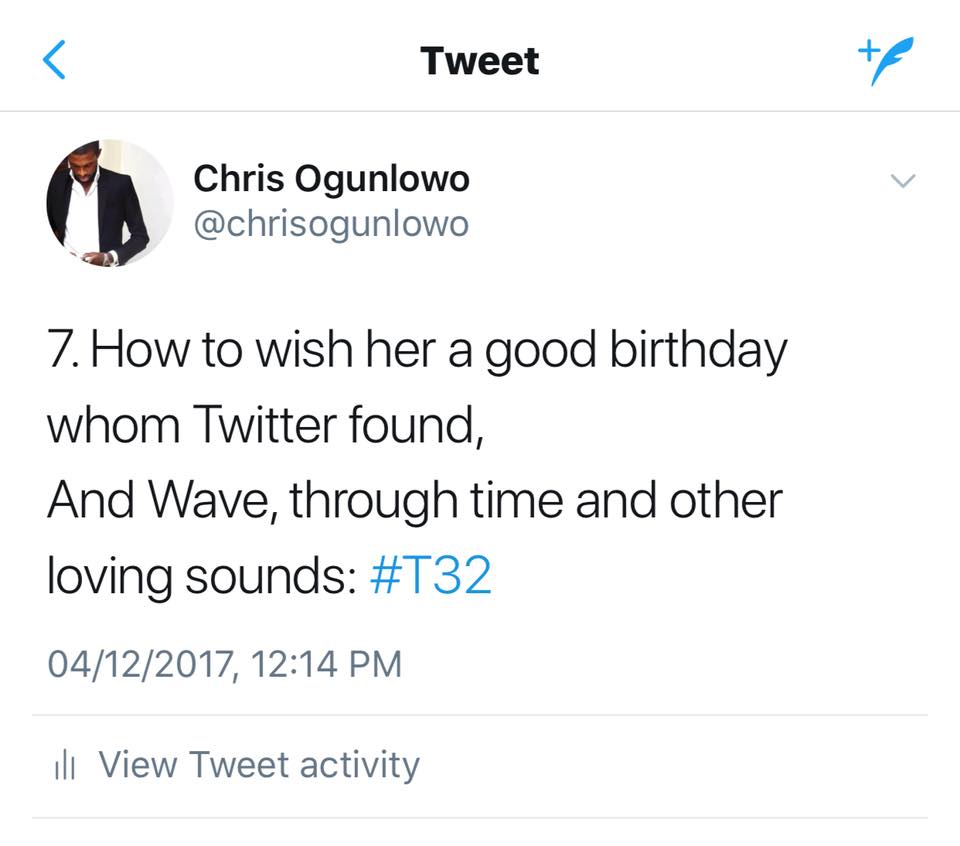 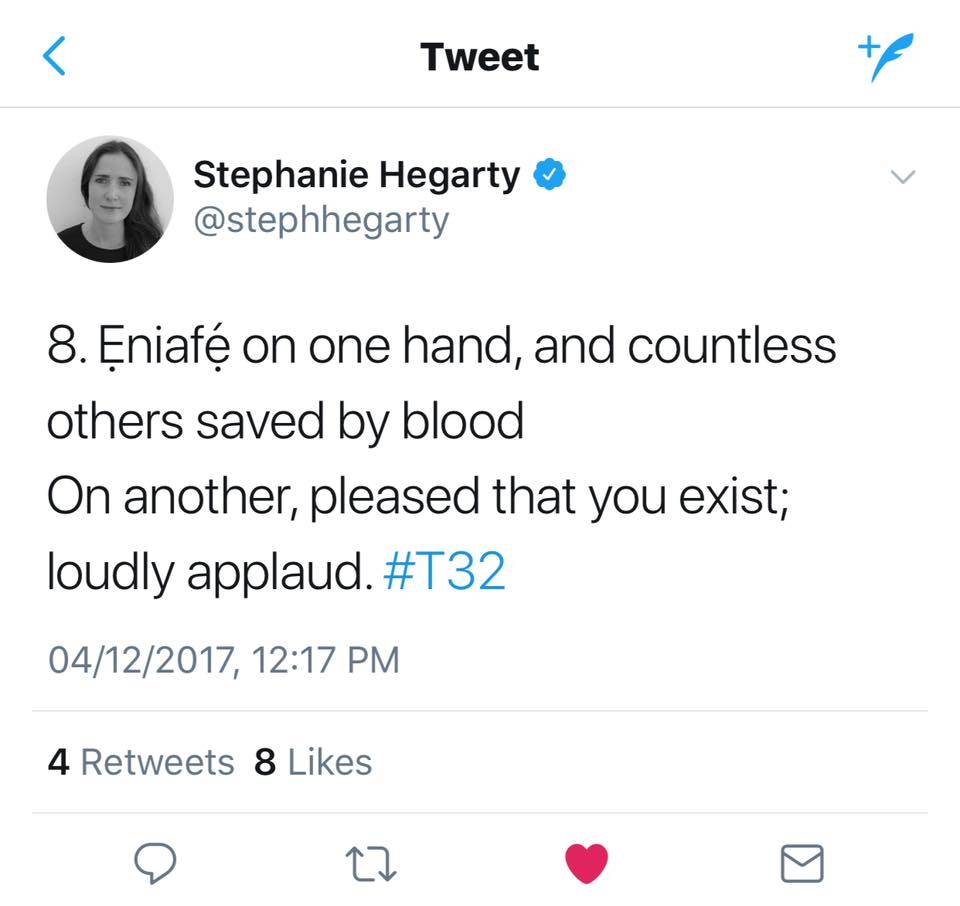 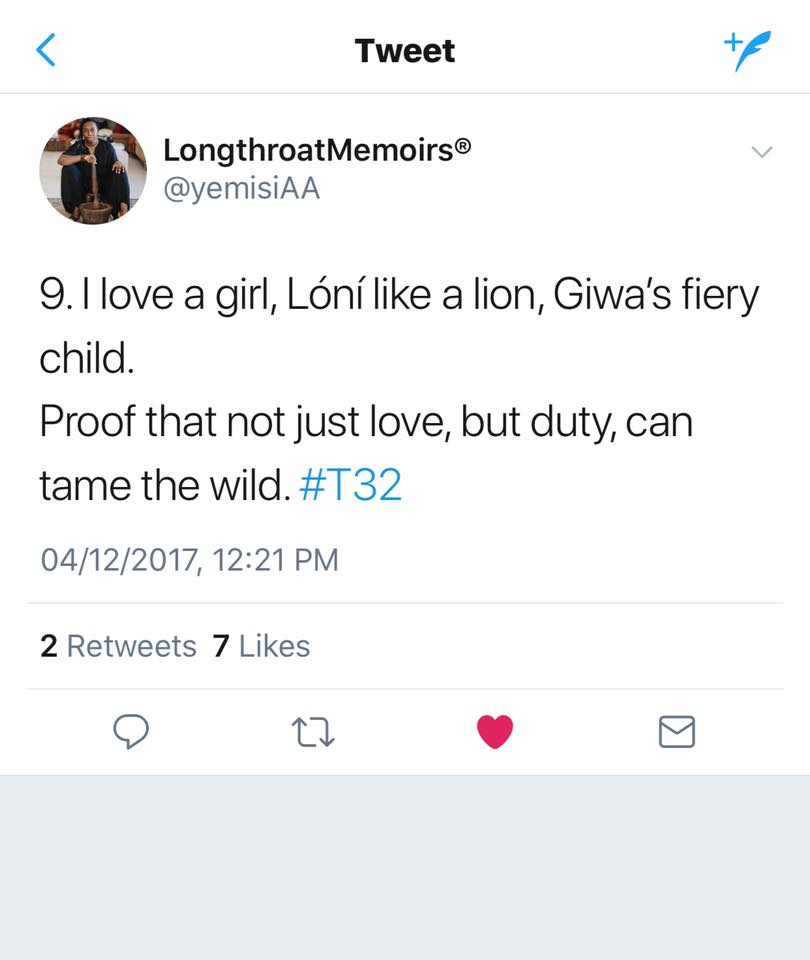 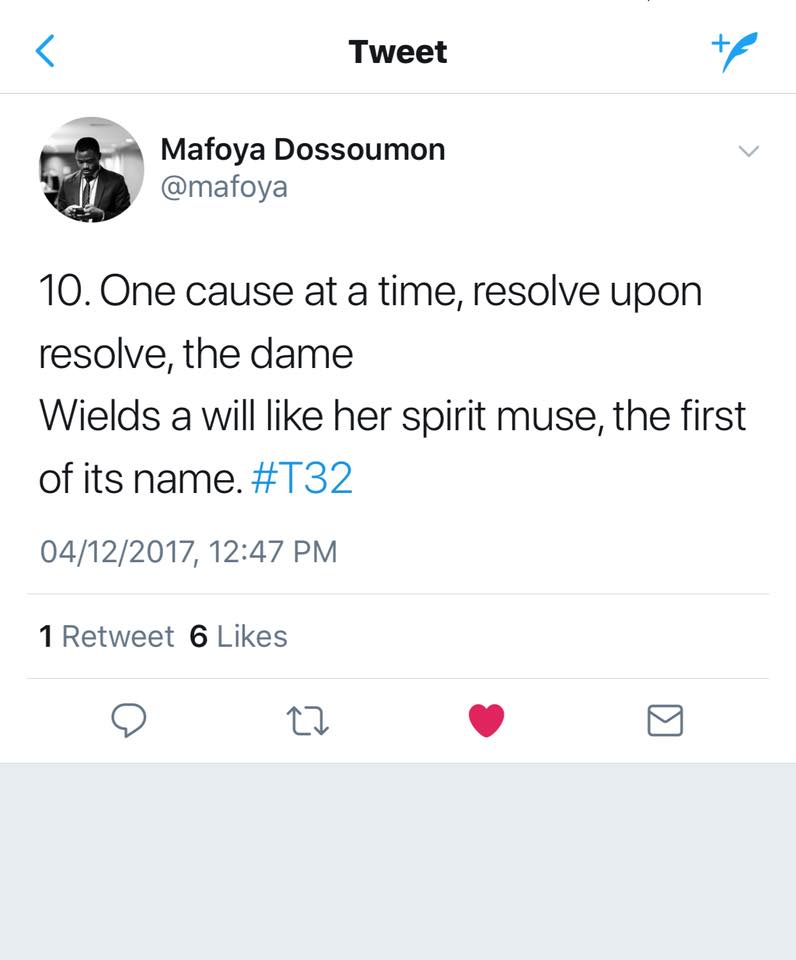 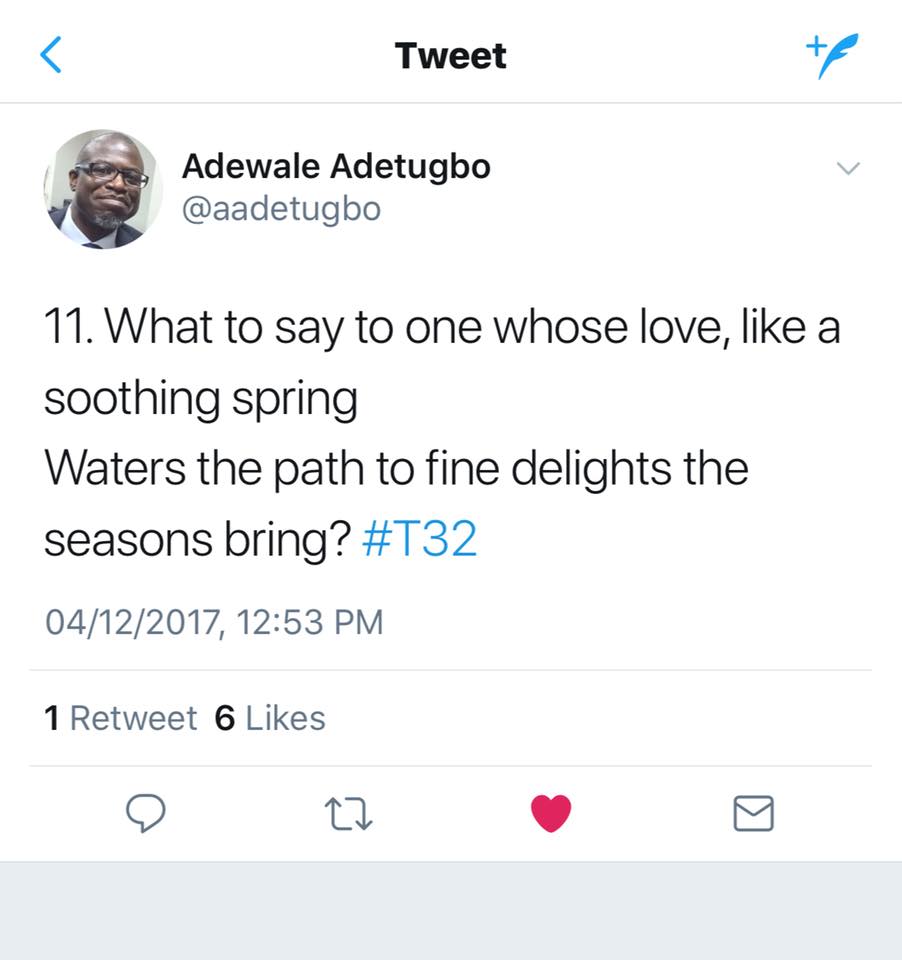 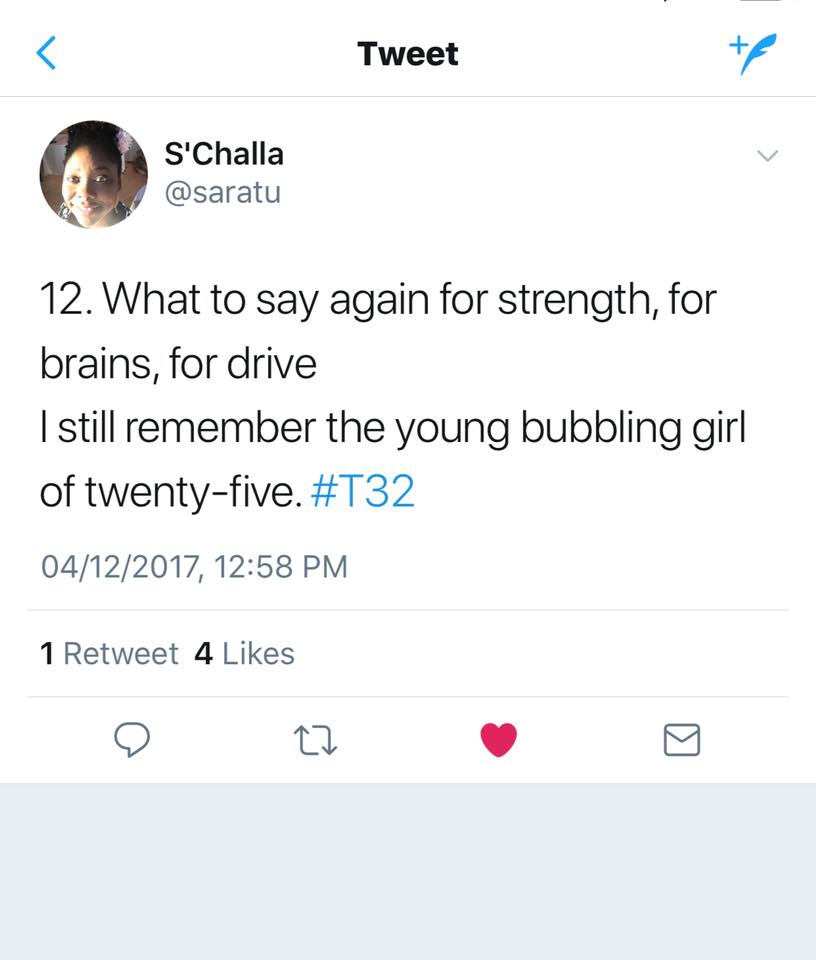 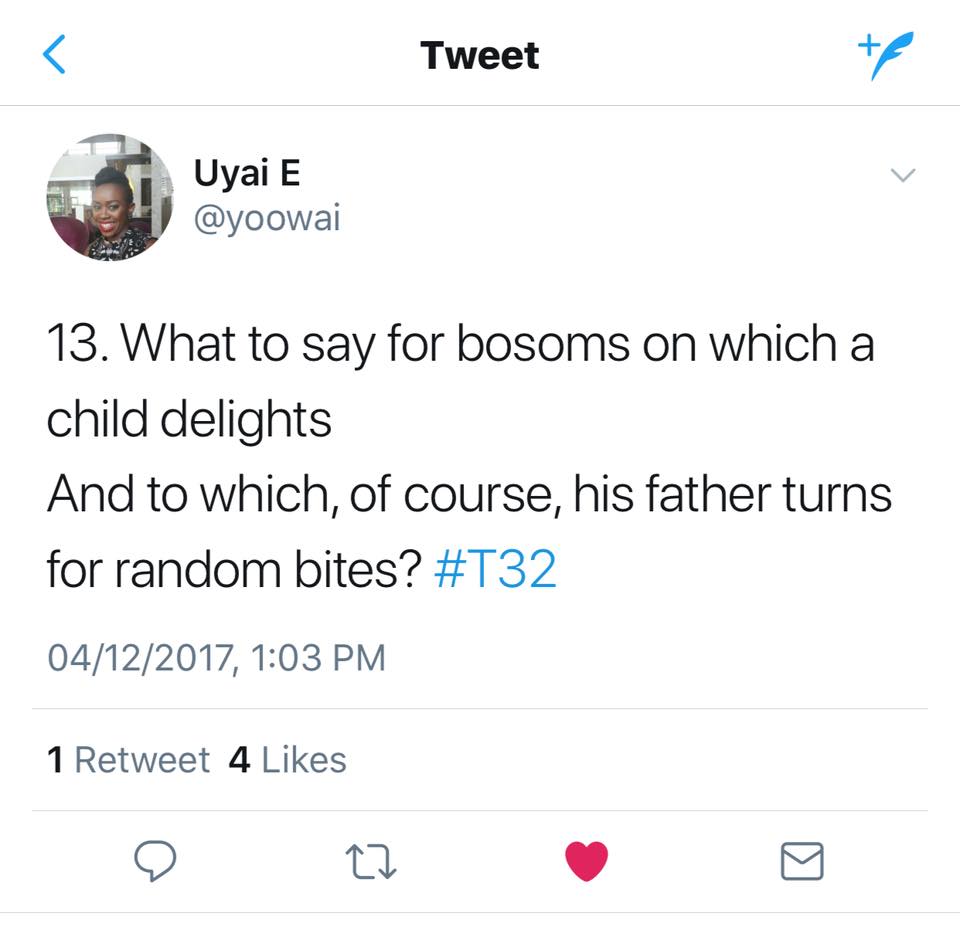 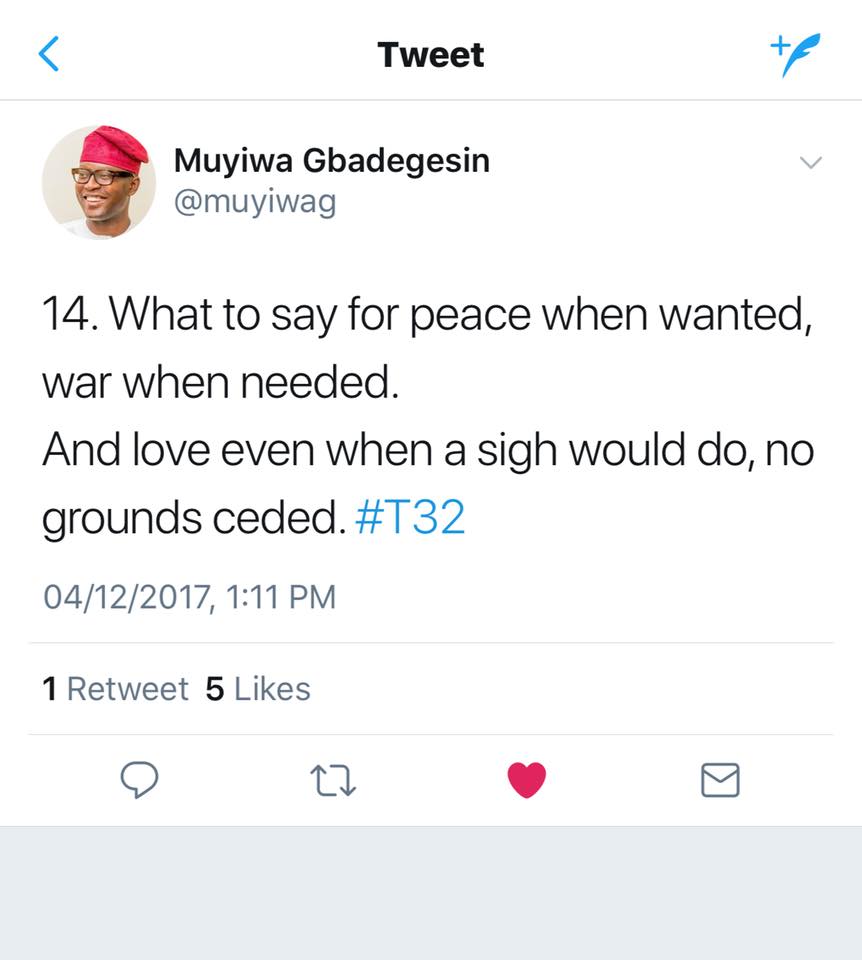 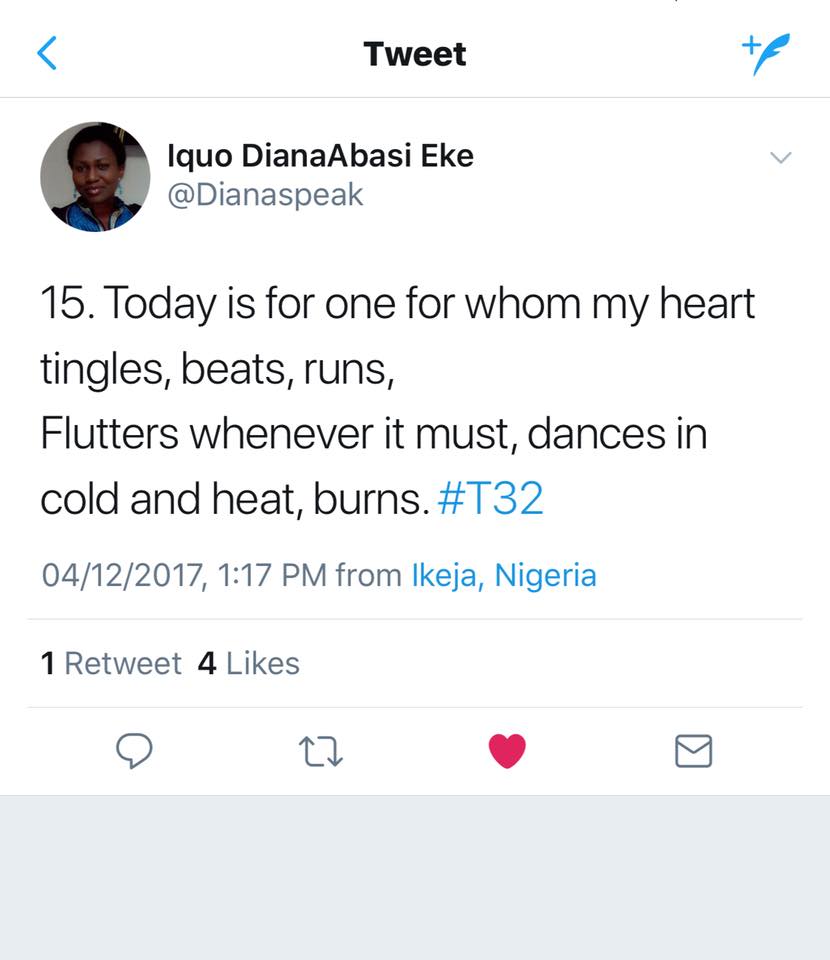 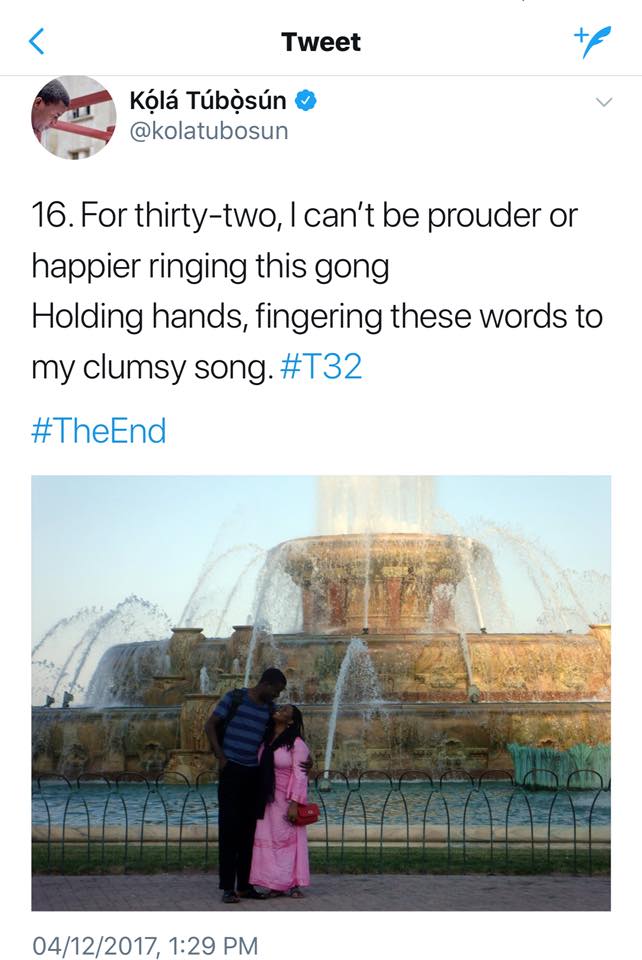 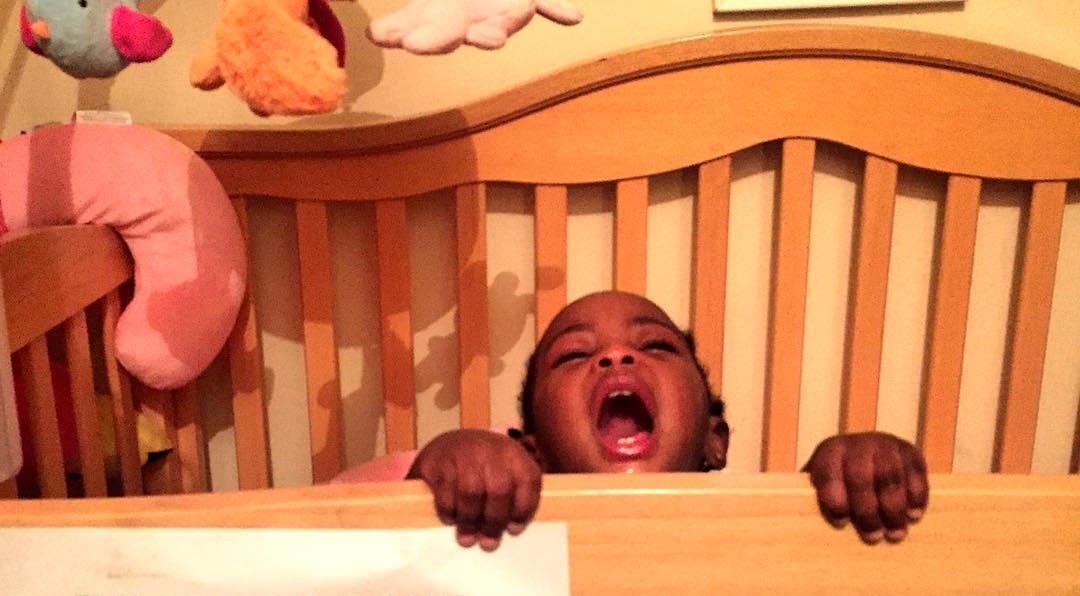 This Unusual Pregnancy Announcement And ‘Eviction Notice’ Has Got The Internet Buzzing!