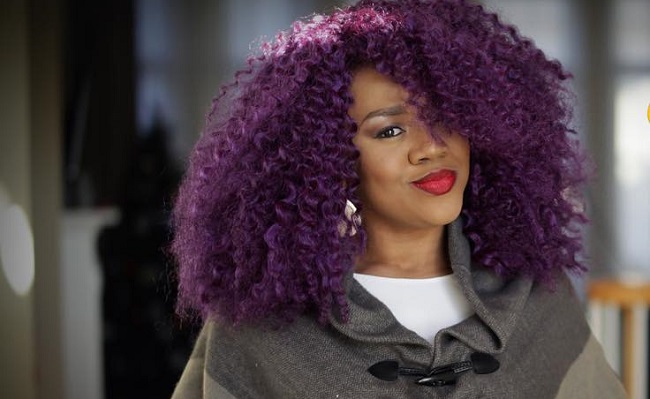 When a domestic violence survivor shares her story, other survivors find the courage to share theirs and the cycle continues till every one of them find healing in each other’s story.

After Nollywood actress, Stella Damasus shared her story, she got several emails from other women telling her about their experiences, thus, she decided to “strip herself naked,” to encourage more women and help them heal.

Sharing how she was emotionally and psychologically abused by an ex-boyfriend, she explained how the mind of an abuser works and how they manipulate their victims into staying with them.

I remember one day in 2009, I had just signed a contract with a new management company and they sent their marketing manager to take pictures of me so that they could build a press kit and other materials for work.

The man I was dating at the time was in my house for a visit, and we were both in the living room when the marketing manager came in. As he entered we exchanged pleasantries and I introduced him to my boyfriend who gave him the most arrogant and disgusting look ever.  The marketing manager brought out his hand to shake him but my boyfriend walked away and didn’t even acknowledge his presence.

See also: Juliet Ibrahim On Why We Should Never Be The Judge Until We Hear Domestic Violence Survivors Explain Why They Didn’t Just Leave

I apologized to the guy who was really shocked as he was sure they had never met. He was so confused and had to ask me if he did something wrong.  I was highly embarrassed but had to quickly change the subject as usual. I say as usual because it was becoming a trend with my boyfriend. I knew how arrogant my boyfriend could be but I didn’t think it would be that bad.

Anyway, I went upstairs to meet the glam squad in my dressing room so they could do their magic. When I was done, I got dressed and foolishly went to my boyfriend in the other room so he could see how beautiful I looked and maybe get a compliment. Instead, he looked at me and started calling me all sorts of names. I cannot even begin to mention the names I was called.

I had the courage to ask him what I had done wrong and you would not believe the answer I got. He said “you guys think I am stupid, why would you ask them to send a guy who looks like that to you. Don’t they have women who work for them?”.

I told him I had no control over who they send or who they employ.
He responded by saying, “it’s your house so if you have any respect for me you would have made sure it was not a guy who speaks with a nice accent, dresses well and is cute; coming to your house. What if I was not here? You were already smiling like a fool even though I was right there. What would have happened if I was not here?”

At that point, I knew that there was nothing more to say. As I made to leave he grabbed my arm and forced me to sit down. The insults came rushing through my ears as I sat and cried. I messed up everything the glam squad had done.
To avoid embarrassment and gossip I went to the guest room and asked the children’s nanny to let the glam squad go. They were paid and they left.

See also: “He Was Swearing That He Would “Enter Instablog” As The Next Man Who Killed His Wife” – Woman Narrates Her Domestic Violence Ordeal

I went back and tried to fix what was left of my make up, went downstairs to do the photoshoot and as soon as I was done, I made the marketing manager and his team leave. When I went back upstairs, my boyfriend was waiting to continue the insults. At this point, I knew I had to be strong. So, I told him that if he felt he was too good for me, he should get the HELL OUT OF MY HOUSE.

He didn’t believe how serious I was until I started yelling. He threatened to hit me and I told him he would spend the rest of his life in Jail and I would spend all my money making sure he was tortured every day. He looked me in the eye and saw how serious I was. That was when he knelt down and started begging.

He apologized and said he didn’t know what came over him and that he needed help. I looked away but he continued and told me how everyone else had given up on trying to help him

Blah blah blah blah he continued. You would think that after all this I would end it once and for all but unfortunately, I took him back.

Read full story on her blog