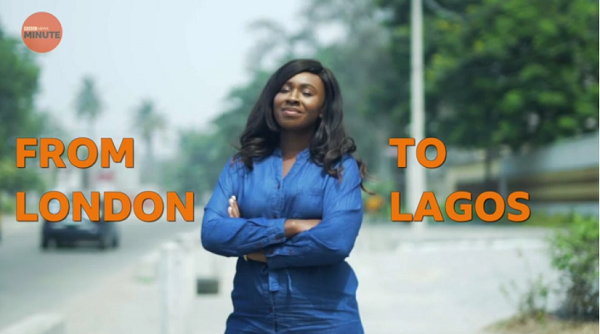 Given the opportunity, many people would gladly relocate outside the country to a more developed and civilized country. But it is not the same for Yewande Osamein, a TV presenter, who grew up in England and doesn’t even want people to know because she wants to blend in.

Two years ago, she left the UK for Nigeria because she wanted to be a part of Nollywood and be one of the pioneers that filled the gap in the entertainment industry.

SEE ALSO: Adeola Almost Rescheduled Her Flight But She Didn’t, That Decision Saved The Life Of A Woman Who May Have Died In The Plane

She may not have been born here but she has the Nigerian blood in her because she has had her difficult times here but not to the extent of giving up and going back to where she came from.

The only thing she would go back to the UK for is McDonald’s.

“The best thing be say, stay for naija, no place like home,” Yewande told BBC One Minute