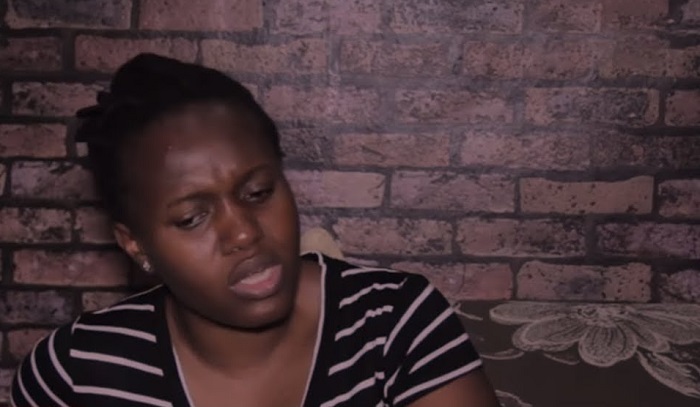 As a child from a traditional Yoruba home with so much belief in idols, Tolulope’s father had invited an Ifa priest into their home one day to conduct a spiritual checkup for the family and that day marked the beginning of her fear.

“She would die,” the Ifa priest told her father, explaining the sacrifices to be done to avert death from her.

Tolulope’s childhood was so filled with fear coupled with facing rejection from her father.

“I just hated being alive like what exactly am I doing here? I remember writing a letter to my dad when I was in JSS2, and I was asking him that, I didn’t feel like a member of his family. Six years old before I knew his image recorded in my head that this is your dad. Until I was six I didn’t know, it was somebody else that I thought was my dad and I really love that man because that man showed me what a father was supposed to be. Every time I think that I’ve recovered from everything that I went through, there are things that trigger it and it comes back to the surface and it makes me feel like I’m still not over it. it’s a process,” she told PulseTV

SEE ALSO: She Was Told To Leave Him To Die And Threatened By The Police But Chioma Nwabueze Went Ahead To Save A Dying Boko Haram Victim

While growing into adulthood, she seem to be the target of every message of death as pastors told her to pray against it. On one occasion, a pastor asked her to go home and call her mom, who she saw every night praying for her.

In addition to her spiritual struggles, Tolu had dyslexia, a reading disorder.  But despite this, Tolulope has been able to use the little ability she has to help other people.

She is the founder of the LOTS Charity Foundation, an organisation that caters to the physiological [feeding, clothing and shelter], social, educational, psychological, medical, and emotional needs of street kids and vulnerable children.

Since its inception in a community called ‘DUSTBIN ESTATE’ in Ajegunle, Lagos state, the charity organisation has impacted the lives of 5000 children.

Now 35 years old, Tolulope is no more scared of death.

“I remember that I said earlier, I am not going to die while I am alive. I refuse to die of fear. In fact, every day when people are afraid of dying, I wake up and I smile – I am waiting for that day very well. I am so expectant of the day I die but I am going to die empty,” Tolulope said, speaking of her resolve to be useful to her society.