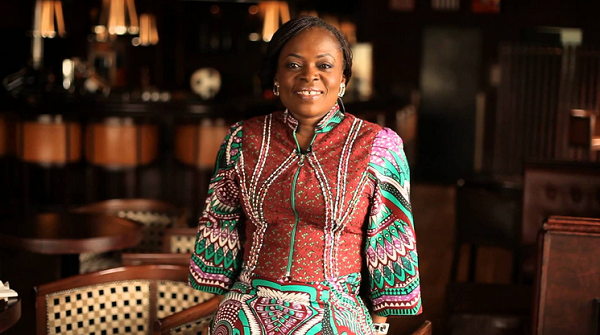 The founder of The Mirabel Centre, Itoro Eze-Anaba has been honoured with the Commonwealth Point of Light Award by the Queen of England, Her Majesty Queen Elizabeth II.

The Mirabel Centre is a non-governmental organisation which takes care of rape victims.

Eze-Anaba was honoured in Abuja at a ceremony hosted by the British High Commissioner to Nigeria, Paul Arkwright.

The Mirabel Centre, Nigeria’s first sexual assault referral center, was founded in 2013 and is said to have helped over 3,100 victims of rape.

A statement by the Media Officer of the British High Commission in Nigeria, Mr. Joseph Abuku, reads that The Mirabel Centre has established itself as a key service provider for victims of sexual assault in Lagos State with the growing awareness of the existence of the centre and the crucial services it provides.

SEE ALSO: How Itoro Eze-Anaba Is Filling A Huge Void With The Mirabel Centre – A Place Where Survivors Of Sexual Abuse Can Find Medical And Psychosocial Help

“Itoro has shown impressive dedication to supporting victims of sexual assault and rape. She has provided a safe haven for over 2,800 survivors of this heinous crime and has encouraged thousands of others to break the silence on rape and seek prosecution of perpetrators, reducing their impunity.The Mirabel Centre is a project of Partnership for Justice where rape and sexual assault victims can access free forensic medical and counseling services.”

Delighted about the honour, Itoro said the award marked the beginning of a joint effort to uproot the evil that relentlessly battled for our future.

“This award is a reiteration of our message of ‘No To Rape!’”