In a country where many women don’t know their blood group, it is no surprise that the death of babies is still ascribed to ‘abiku’, ‘ogbanje’ and spiritual attacks despite medical advancement, SOLA ABE writes

After losing three pregnancies to miscarriages, Kemi Julius (not real name) was advised by a birth attendant to go check her blood group. Although, she wondered what it had to do with her predicament, she was ready to do anything to carry a live baby.

The test revealed she is Rhesus-negative. Finally, she has an answer to her question.

Many women are quite familiar with their genotype because of its role in conceiving healthy children but many don’t appreciate the importance of knowing their blood group and Rhesus factor.

The ignorance of their blood group and Rhesus factor has caused many women untold psychological and physical trauma.

Blood groups are classified in many ways. Under the ABO method, there are blood groups A, B, AB and O.

Another classification is Rhesus antigen. Rhesus factor is the protein found on the surface of the red blood cell, called D antigen. People who have the protein are  Rhesus positive while people who don’t have it are negative. The + and – sign in front of the blood group is the Rhesus factor.

According to Annals Tropical Medicine and Public Health and Reasearchgate, in separate reports on the prevalence of Rhesus D-negative blood type and Gene frequencies of ABO in Nigeria, only a few people are Rhesus-negative. 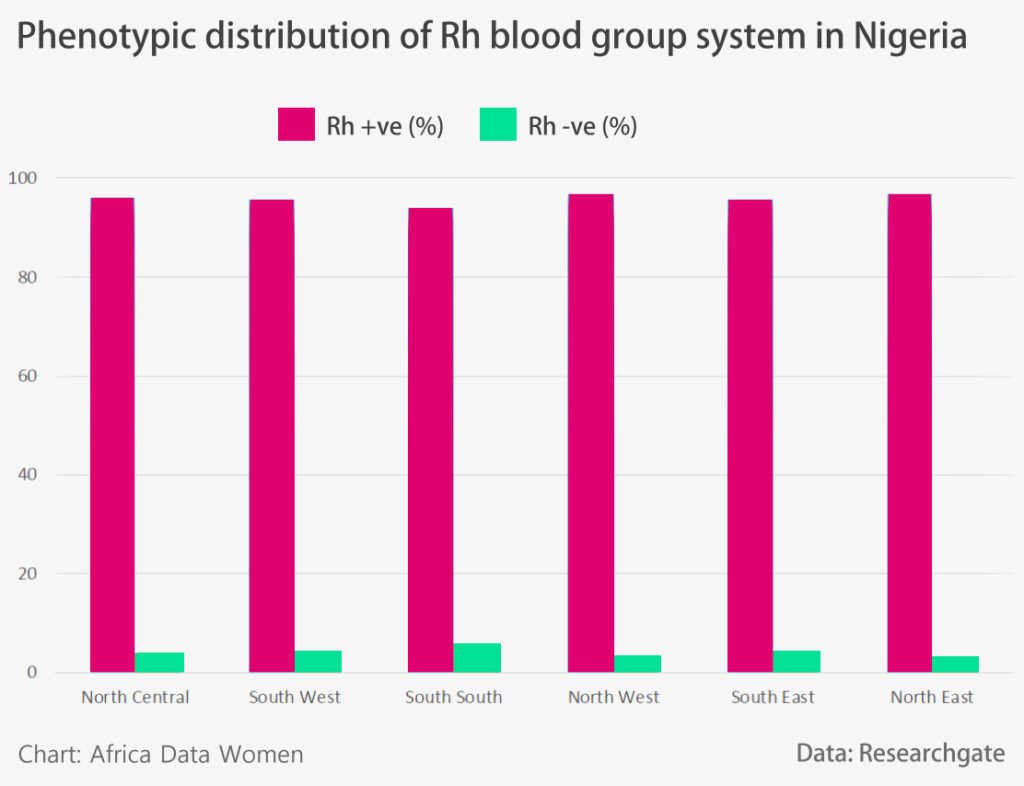 Because Rh-negative prevalence is low in Nigeria, affected women are more likely to have partners with the opposite blood type and have babies who inherit their father’s Rhesus-positive blood.

According to Dr. I.B Fajolu, a consultant paediatrician and senior lecturer at the Lagos University Teaching Hospital, the fetus often carries the Rhesus factor of the father, in the case where the father’s antigen is very strong.

So, when there is a blood contact between the fetus and the mother, through delivery, miscarriage, abortion or blood transfusion, the mother’s immune system recognises the Rhesus antigen in the fetus as a foreign material; hence, she produces antibodies to fight it.

According to the National Health Service, Rhesus disease is a condition where antibodies in a pregnant woman’s blood destroy her baby’s blood cells. It’s also known as haemolytic disease of the foetus and newborn.

The unusual thing is that the FIRST TRUE pregnancy (that is, without previous miscarriage, abortion or transfusion of Rhesus-positive blood), is usually fine because the mother’s body is yet to produce antibodies to hurt the fetus.

However, subsequent pregnancies are always at risk because the mother’s immune system has been sensitised to the Rhesus-positive blood in the baby.

The sensitization triggers the production of antibodies against the red blood cells of the baby and they stay in the mother’s system. During subsequent pregnancies, the antibodies are triggered immediately they recognize the fetal blood as foreign and reproduce themselves in multiples to fight the foreign blood cells of the fetus. 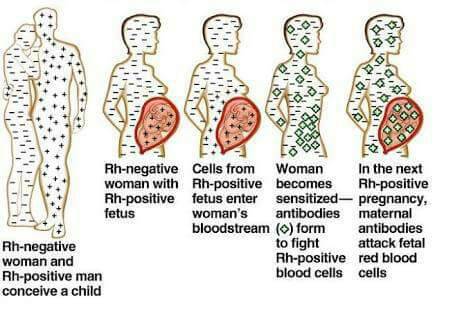 According to Boyede Olusola Omisakin, a medical laboratory scientist at Babcock University Teaching Hospital Annex, Oke-Ado, Ibadan, the antibodies continue to fight the blood cells of the fetus till delivery and causes a lot of damage depending on the quantity and severity of antibodies present in the mother.

She explained, “As the immune antibodies fight the fetal red cells, the liver, spleen and bone marrow increase their rate of red cell production in the fetus to compensate for the loss. But at a point, the rate of destruction is higher than that of production. The liver of the fetus will not be able to conjugate the bilirubin produced due to the blood loss, hence the increased unconjugated bilirubin.

The bilirubin is the yellowish coloration usually observed on the skin and eyes at birth termed JAUNDICE. The bilirubin can also stain the ganglia of the brain and this is termed KERNICTERUS, which can result in mental retardation of the fetus after birth.

The red blood cells being destroyed are the carriers of oxygen to the fetal system and the increased destruction can cause HYPOXIA as well. When the fetal system cannot manage the destruction and reproduction any longer, the condition termed HYDROPS FETALIS occurs (stillbirth).”

According to Dr Gbemisola Boyede, Consultant Neurodevelopmental Paediatrician at the Lagos University Teaching Hospital Idi-Araba, being Rhesus-negative is not terrible but women who are negative must avoid being exposed to Rhesus-positive blood.

“The reason this is an issue is because most women don’t know their blood group. They get sensitized without knowing, usually through abortion and blood transfusion with positive blood. There are many things that can happen when a Rhesus person is sensitized. Just that, fetus and babies are the worst hit if a pregnant Rhesus-negative woman is sensitized,” she explained.

However, if she has been previously sensitized, she will break down the blood, (HAEMOLYSIS) and this may lead to shortage of blood and organ failure, especially that of the kidney if she is not treated promptly.

“Rhesus blood group or blood reaction IS NOT ONLY A PREGNANCY AFFAIR. That’s why blood is crossmatched to know if the blood is compatible before transfusion. There are so many other blood groups apart from ABO and Rhesus, unfortunately, sometimes in emergency situations, people may be given uncrossmatched blood. This is because crossmatching takes time, so, they can just give O positive universal donor blood to save life. But unfortunately, that will sensitise Rhesus-negative women with consequences for future pregnancies or other transfusionsif they carry positive fetus again,” Dr. Boyede explained. 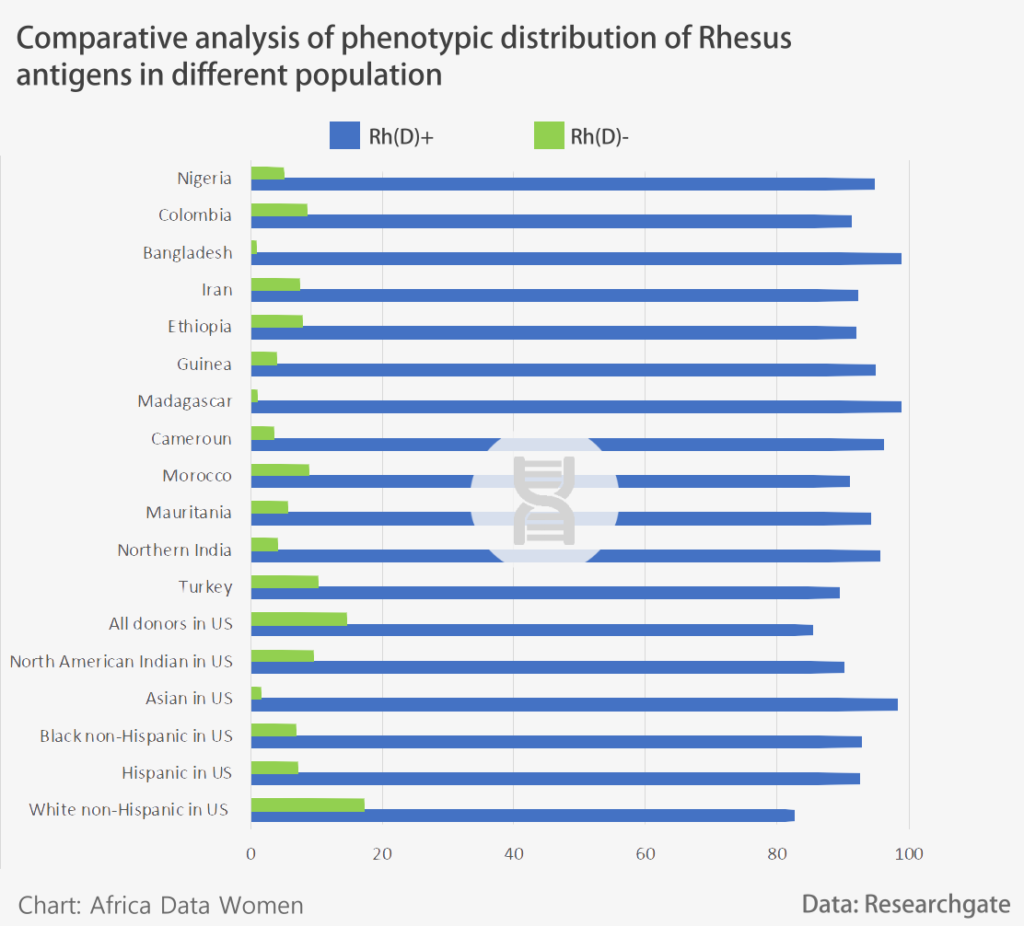 It was her second pregnancy and this time, she was carrying twins, so she had every reason to celebrate. But one day, she felt pain and was rushed to the hospital. She lost her babies.

Ogechi Sunday (not real name) had had a spontaneous abortion caused by urinary tract infection and lost her first baby at 8 months but no one told her she had to take an injection as a Rhesus-negative woman, so as not to be sensitized.

The anti-D injection called Rhogam is the world’s first “anti-D immune globulin” used to fight against the Rhesus disease. Rhogam mops up the immune antibodies that might have been produced due to accidental mixing of fetal blood with the mother’s blood.

According to Boyede, a Rhesus-negative woman should take Rhogam every time she is exposed to positive blood, so as not to become sensitised.

She said most Rhesus-negative women do not miscarry their very first pregnancy except they have been sensitised through blood transfusion.

“Most girls do a lot of abortion and that is when they get sensitized. They don’t know that even if they abort or miscarry a positive baby as a Rhesus-negative woman, they must still take Rhogam.”

She said Rhogam must be taken within 72 hours after blood transfusion, abortion, miscarriage or delivery of a positive baby. But if the baby is Rhesus-negative, which can be known after delivery, the mother does not need to take the injection as she was not sensitised.

Boyede explained that Rhogam should not be taken during pregnancy until after delivery of the Rhesus-positive baby except for a woman who has been previously sensitised before the current pregnancy.

“For those already sensitised, their gynaecologist will determine how to handle that, depending on several factors. It is not for the pregnant woman to just go and take Rhogam injection anywhere she likes. It is very dangerous. That is a case for the specialist to handle. The time, dosing, etc will be different from the one post-delivery that is to prevent sensitisation.” 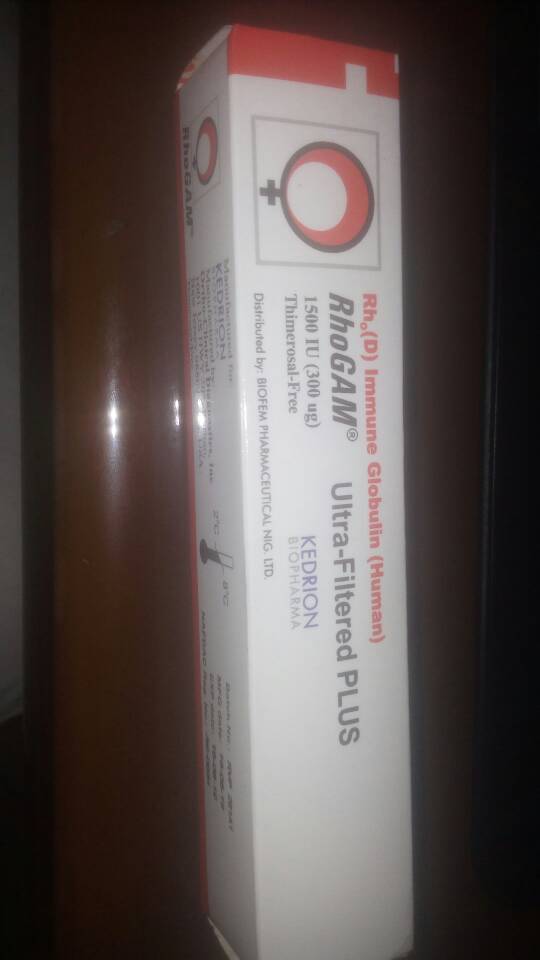 Noting that being sensitised does not stop a woman from getting pregnant, she advised that a gynecologist should first be consulted.

“If a gynaecologist confirms that you are Rhesus-negative, they will check to see if you have been sensitised because your blood will have the antibodies against D antigen. They can also monitor to see if the fetus is already being attacked.”

Against popular belief, Boyede said Rhesus-negative mothers can breastfeed their baby even if she has not taken Rhogam as it does not have any effect on the baby.

Sadly, many women keep losing their babies because they cannot afford the injection as it is very expensive, said Mr. Razaq Olorunnimbe, the project coordinator of Rhesus Solutions Initiative, an NGO sensitising the public about their blood group and Rhesus factor, and promoting the access to Rhogam injections.

Mr. Olayinka Olajide of Healthdome Pharmacy & Stores Limited, Lagos, who sells Rhogam for N29,000, noted that the product is not produced in Nigeria. He attributed the high price of the product to the cost of preserving and the exchange rate.

Boyede advised Rhesus-negative women to save towards buying the injection, to avoid the consequences of not getting it.

“If they can’t afford it, such women can delay getting pregnant till when they can afford it and limit the number of children they plan to have. If a child dies or suffers severe jaundice, do you know how much it is to screen blood? EBT procedure cost? Hospital stay cost? If the child has disability, do you know the quality of years lost and the cost of caring for such a child? Then you will know that Rhogam is not that expensive!”

Despite the low number of Rhesus-negative women, Olorunnimbe said that the problem should be tackled urgently.

“The prevalence may be low but it’s still one of the factors responsible for infant mortality and maternal morbidity. Our organisation cannot afford to give two injections to one person again, so we give the women after pregnancy. In a month, we attend to about 50 rhesus negative women and donate about 25-30 vials to the less-privileged or the financially challenged.”

For Fajolu, the most important thing is that all women of childbearing age should know their blood group and rhesus factor.

Olorunnimbe noted that babies should be tested immediately after birth especially the ones born to Rhesus-negative mothers so as to know their Rhesus factor as well as be sure if the mother was sensitised or not.

Please note that the real names of the Rhesus-negative women used in the story was intentionally not used as demanded. It was difficult getting affected women to speak for reasons known to them. The ones who spoke wanted their identity undisclosed. 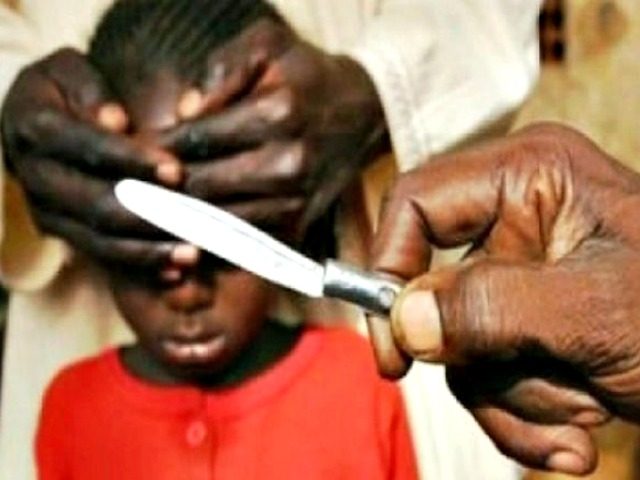 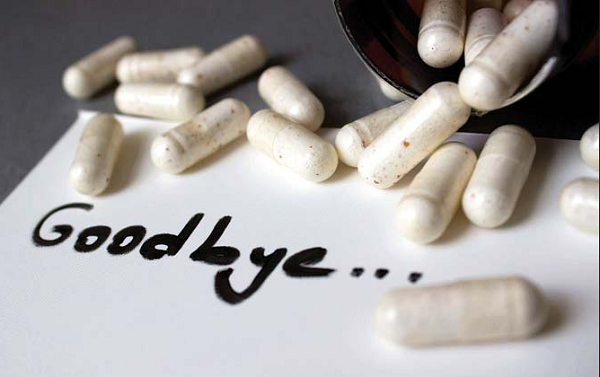