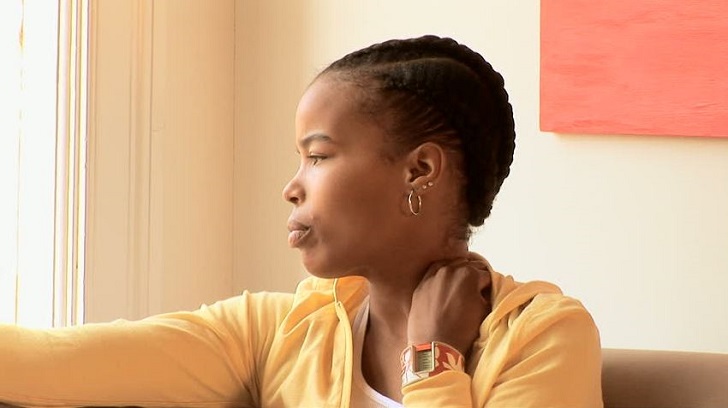 A twitter user, @meyouncee shared the story of a 42-year old woman, who was a virgin before she got married. She and her husband agreed to stay off premarital sex for the 8 years they dated.

Sadly, her husband died the next day after their wedding. According her, he slipped in the bathroom and died.

I’ll like to share a story with you guys… pls grab a chair, sit back and sip coke… You should get a handkerchief too, just so maybe tears roll down

On my way back home yesterday, I took a keke going to ikeja from grammar school… just as I entered, I mistakenly stepped on a lady who was already sitted in the keke, and politely I said I’m sorry… she responded with a smile.

After some seconds, I brought out my phone and was scrolling through my Facebook notifications… then she said, “Hi, my name is Mope, I’m a makeup artist just incase you need one for your wedding” I was like “What makes you think I’m not even married”

then she said… “well, you aren’t wearing a wedding band” cuz that’s the society’s style of identifying a married woman”

I laughed so so hard enh… (in my mind I said, this isn’t gonna be a boring journey afterall) meanwhile there was traffic… then I went further, “talking about the society, why must we always allow the society choose/decide for us… especially the girl-Child…

we accept wateva we are served” “A man isn’t always questioned for nt wearing his wedding band but a married woman dares nt, D first people dat will question her are the friends… Y can’t I just do wat I want wen I feel like? She smiled and said, “Sis, you are already angry”

“Anyway, I don’t even care, if my husband for any reason wouldn’t wear his wedding ring to work, I’m also not wearing” (I was joking sha) then she asked the driver “pls where can I get a bus going to Egbeda” ehehehe God had indeed blessed me today ooo, I said in my mind

We continued our gist as we walked together to ikeja along to get a bus going to Egbeda… somehow somehow sha, the conversation sha got deeper then she said “I’m married with two kids but they aren’t biologically mine” one is 17 and the other is 15yrs

(Huh! I looked at this lady like… how old are you?) cuz she was looking very young and pretty…

As if she read my mind oo, she said “You’ll be wondering how old am I” I was shocked when she said she’ll be 42yrs in April that’s how I changed to calling her hanty Mope oo

Still yet I was very curious and wanted to know why she adopted, could it be thAt she had given up on herself that she can’t ever give birth? I didn’t even know how to ask her but I really wanted to know

We sha finally got a bus and the stupid conductor will not allow me enjoy the gist in peace with his noise. I finally summoned the courage to ask her why she adopted because really, it’s hard to find a Nigerian who could be proud to say she adopted… she then broke the sad news to me

This is the time you’ll need your handkerchief and for those who gets too emotional, pls don’t read further

She said “I met my husband when I was in High school, he was the first male friend I had, we started dating wen I was in my first year in college and courted for 8yrs” all the while he never had sex with me because I told him I was a virgin..

“we both agreed not to do anything till our wedding night… although we were tempted many times but we held on still” on our wedding day, I made a promise to him that morning that No other man will ever get to lay with me no matter what happens”

I suddenly became a stammerer.. dieeeed what??? I don’t get? You mean your husband is dead! Asin, what killed him? Who? Why? How?

She said, “he slipped in the bathroom and died, the saddest part was it was the morning after our wedding he didn’t even get to disvirgin me”

SEE ALSO: IT HAPPENED TO ME: I Was Offered N600,000 In Exchange For My Virginity

Gosh! At this point, I didn’t want to hear any further… I was in great shock. Such a young beautiful woman and like that, her beautiful love story was rewritten. I just kept staring at her in shock, everything else she was saying didn’t enter my ear again till she got to her busstop

I’m her last words… “I hope you learn from my story”… Hanty Mope, I know I didn’t get the chance to tell you, I’m really inspired by your story, I don’t know why I met you but I’m convinced You’re God sent… I pray the Lord will Confort you and forever give you peace.

I hope to meet you again someday and if by chance you get to read this somehow somewhere, pls Don’t be offended I didn’t get your permit before sharing. God bless you sis