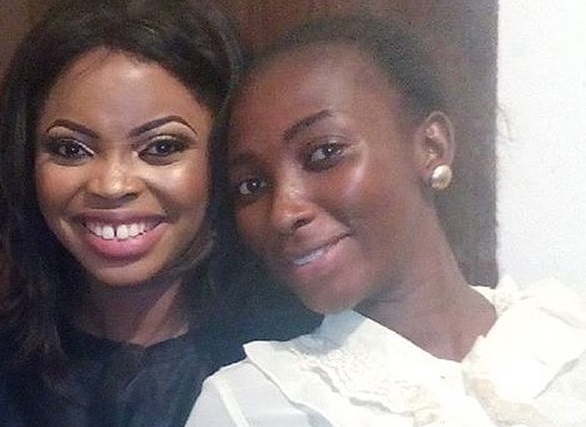 Three years ago, I was told that Baba Rere, a church member had been rushed to the hospital, and as soon as I heard the news, I prayed for his recovery, rebuking death on his behalf.

Baba Rere was well-loved. Both in the church and on his street. Baba Rere never woke up and I wondered why God didn’t answer my prayers. Sadly, it was on his daughter’s wedding day that he gave up the ghost.

SEE ALSO: “She Left Home For The First Time And Never Returned To Us” – Mother Seeks Justice Over The Death Of Her Daughter At Louis Ville Girls’ Secondary School

Many times, when we lose someone really dear to our heart, we often feel so heartbroken especially when we’ve prayed for the person’s recovery before their death. It may be hard to come to terms with but they are gone.

Nollywood actress, Olayode Juliana, lost her sister to the cold hands of death, despite praying many hours for her recovery but she died eventually.

We sympathize with her and prays for the fortitude to bear the loss.

I saw you breathe your last, yesterday. I didn’t let the doctor remove the oxygen tube from your nose. “She is not dead”, I exclaimed.

I prayed alone with you for five hours. I declared. I prophesied. I prayed in tongues. I prayed in understanding. I praised. I prayed on you. I prayed over you. I did all that came to mind. I refused to call anyone to let them know you’ve passed away because to me, you only slept.

By past 5am, you were cold but I still continued to pray. I called your name over and again and very unlike you, you didn’t respond…

SEE ALSO: Woman Killed On The Eve Of Her Wedding Day After Ignoring Death Threats From Unknown Persons

Your house is like a Day Care center. You took other people’s children into your arms. You just kept taking people in. Many times, I teased you, saying that you run a children’s organization in your house and you just laughed about it.
You were interesting, you were kind, you were funny, you were fun, you were caring…

And as I type, memories of how you took care of Samson and I keep flooding my head. You were a giver, you were hardworking, you were such a beautiful soul…
I still can’t believe that you are sleeping…I think you slept too early big sis…
In it all, GOD IS ALWAYS GOOD…I’ll see you again sis…I love you and I miss you so much already