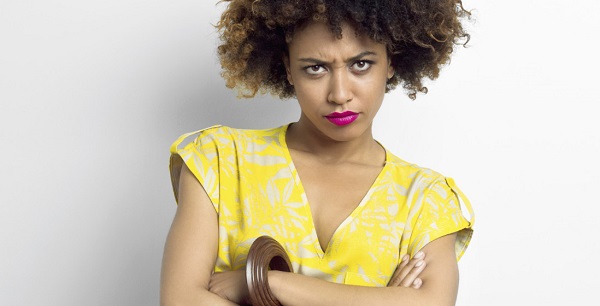 I grew up in a home where I saw my parents fight constantly. My dad, who never sees anything good in my mum would criticise her, beat her, curse her and maltreat her.

Many times, I wanted to just leave the house and never come back but where do I go? No family member would take me in because they are scared of my dad.

School was always an escape for me. I remember when I was in the university, I would count the number of days I would spend at home and I was always one of the first to resume back in school.

My parent’s marriage affected me psychologically and in my relationships with others too. I was always defensive and I vowed not to allow any man do to me what my dad did to my mum.

SEE ALSO: An Interview With Eniola Adeniji – The Woman Encouraging Other Women In Abusive Marriages Through Her Story, That They Can Start Again And Make A Better Meaning Of Their Lives

Surprisingly, even my dad will not allow any man do to us what he did to my mum as we are four girls. I have learnt to forgive my parents for what they did to me and I’m working more on my mentality and orientation about marriage.

So, I understand what this twitter user is saying about growing up in an abusive home. While I do not support what she’s doing to her parents, you really can’t blame her because her parents has also stolen her childhood.

While I urge parents to take into consideration the mental state of their children when they are having misunderstandings, I also advise single women to be sure of the man they want to settle down with because of their children.

My parents are fighting again, THANK HEAVENS! One of the perks of coming from a troubled home is that when your parents are at eachothers throats, you’re able to get away with doing whatever you want

I usually pretend to take sides with each of them in private, help badmouth the other person so they think I’m an ally and buy me stuff

SEE ALSO: “My Husband Why Are Trying To Destroy Me? Why Do You Wanna Kill Me?” – Read Mide Martins Heart-breaking Note About Her Troubled Marriage

If they are about to make up and I still need them fighting, I fan the flames.. In December, i lied that I saw a chic in my dad’s car and my mom lost it! Lmao I went to Ghana for xmas with a guy I met. They didnt notice I was gone for a week!

I admit that was kind of mean because my mom had a horrible xmas… But technically, I didn’t lie… I did see a chic in my dad’s car.. But that was in October…I sat on that information for a while because I knew it would come in handy

Plus it’s not my fault they have a shit marriage.They’ve been going at it since I was a child, imagine what I went through growing up in that toxic environment. Its only recently I learned to use it to my own advantage