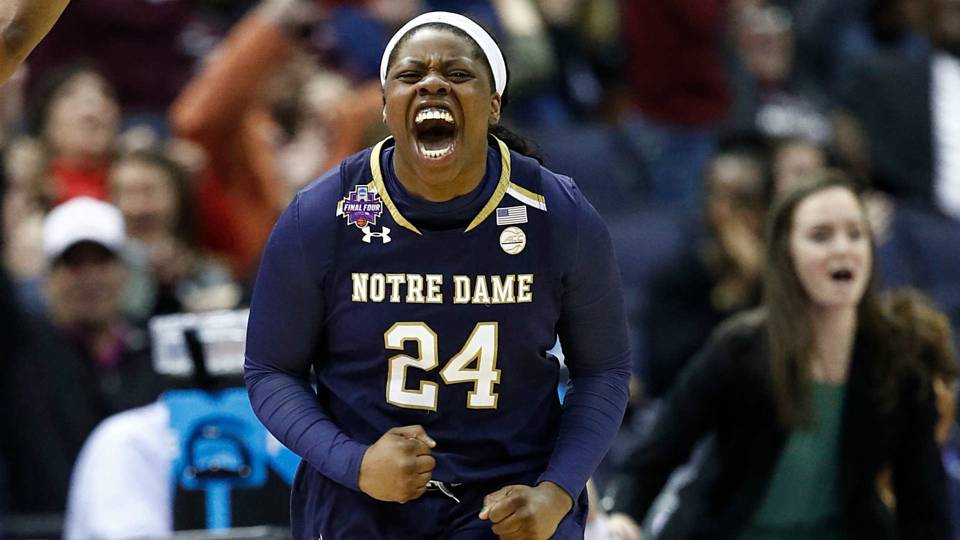 Few days ago, a US born college basketball player of Nigerian descent, Arike Ogunbowale, made headlines when she  helped her team, the Notre Dame Fighting Irish win the NCAA championship.

The win gave her team their first women basketball title since 2001.

In a semi-final match against Uconn, Arike had beaten the team with a 2-pointer with just 1 second left.

Arike got her team the championship when she scored a 3-pointer with just 0.1 second to go, a feat widely described as a ‘shot of a lifetime,’ in her game against the Mississippi State Lady Bulldogs.

Her shot will reportedly  go down as the greatest last-second shot in championship game history as she was named the tournament’s most outstanding player.

Born in the United states to Gregory and Yolanda Ogunbowale, her father reportedly used to be a footballer in Nigeria and once served in the Nigerian Army before he relocated to the United States. Her mother, Yolanda, was her grade-school basketball coach.

Born to parents that are sports oriented, it is no surprise that Arike excelled in her career even while growing up.