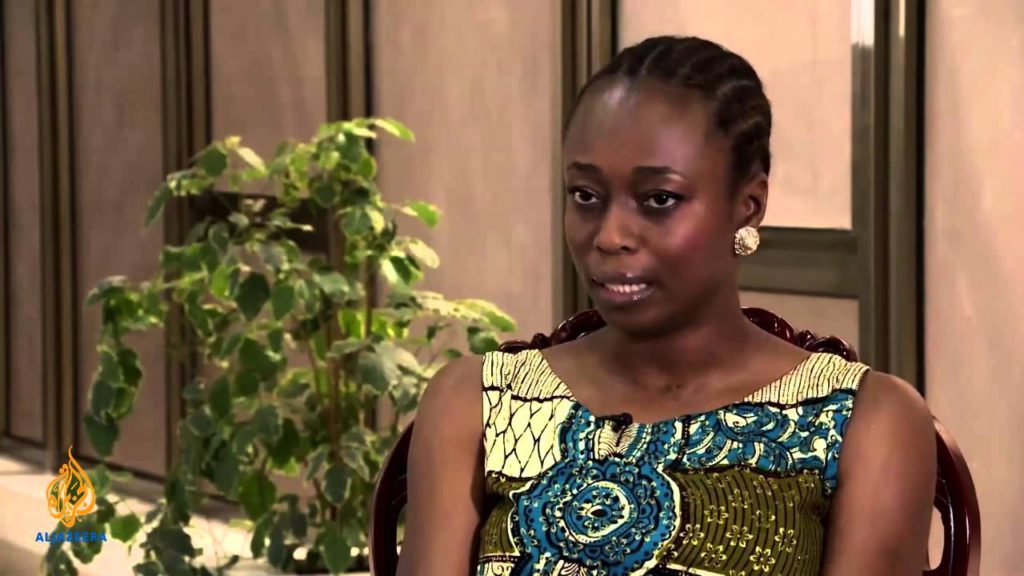 “Who can understand his errors?
Cleanse thou me from secret faults.
Keep back your servant also from presumptuous sins;
Let them not have dominion over me.
Then I shall be blameless,
And I shall be innocent of great transgression.”

Adaobi and her family read that bible passage from the book of Psalms, as they prayed for the forgiveness of the sins of their great-grandfather and for God’s blessings into the family as a whole.

Adaobi Tricia Nwaubani is a Nigerian novelist and writer. She is the author of “I do not come to you by chance” and a fellow of the African Leadership Institute.

She revealed her great-grandfather’s involvement in slave trade, the effect on her family, among other things.

In a recent article published in The NewYorker, “My Great-Grandfather, The Nigerian Slave-Trader” Adaobi revealed that her great-grandfather, Nwaubani Ogogo Oriaku was a slave trader who gained power and wealth by selling other Africans across the Atlantic.

He was well-known in the business that he was nicknamed Nwaubani, which means “from the Bonny port region,” and that became their family name till date.

In the late nineteenth century, he got a slave-trading license from the Royal Niger Company, an English corporation that ruled southern Nigeria and his agents captured slaves across the region and passed them to middlemen who sold them to white traders.

Even when slavery was abolished in the US and UK, his slaves were legally shipped to Cuba and Brazil. According to Adaobi, the chains of his slaves were said to be so heavy that, her father could barely lift them as a child.

Adaobi explained that when she was about eight, she saw the row of ugba trees where her great-grandfather chained his slaves.

Her great-grandfather was so influential that he was appointed chief of several towns. He presided over court cases, set up churches and schools and he built a guesthouse where he hosted British dignitaries. Local leaders also gave him their daughters in marriage as an exchange for his favour.

At his death, a leopard was killed and six slaves were buried alive with him. Adaobi grew up to hear about her great-grandfather’s exploits. Infact, his name was found in a textbook about the slave trade in the 1960s.

Just last year, Adaobi’s father was invited by an Anglican church in her village to come and receive an award on behalf of her great-grandfather for ensuring the safety of the first missionaries in the region.

However, long after Adaobi’s great-grand father was dead and gone, members of the extended family, especially Adaobi’s generation became uncomfortable with their family’s history.

Meanwhile, Adaobi’s great-grandfather was also believed to have acquired spiritual powers from a shrine, which he used to control the white colonialists. His allegiance to the shrine mandated him to cut a human head straight into a pot, without it touching the floor and the people used were said to be most likely  slaves.

All of Adaobi’s great-grandfather’s actions in the past got members of the family worried especially with the growing enmity creeping in.

“Across Igbo land, wherever there was slave trade with the white people, things never go well. They always have problems there. Everybody has noticed it,” Adaobi’s cousin said, noting that their family’s history was coming back to haunt them.

SEE ALSO: “He Cut Off My Hair, My Armpit, My Private Parts, My Nose…Then He Took My Picture” – Women Share Their Experiences With The Priests Of Ayelala And Sango

So, the family decided to hold a three days deliverance ceremony. Family members around the world would fast and pray, while Adaobi’s father (he has never been ashamed of his grandfather’s involvement in slave trade because it was legitimate at the time) sent bible passages to them.

While some members of the family met in small groups in London, Atlanta and Johannesburg, some talked on the phone, and others chatted on social media.

“Thirty members gathered under a canopy in my parent’s yard. With tears in his eyes, my father explained that, in Nwaubani Ogogo’s day, selling and sacrificing human beings was common practice, but that now we know it to be deeply offensive to God. He thanked God for the honor and prestige bestowed on our family through my great-grandfather and asked God’s forgiveness for the atrocities he committed.

During the ceremony, I was overwhelmed with relief. My family was finally taking a step beyond whispering and worrying. Of course, nothing can undo the harm that Nwaubani Ogogo caused. Still, it felt important for my family to publicly denounce its role in the slave trade,” Adaobi wrote.