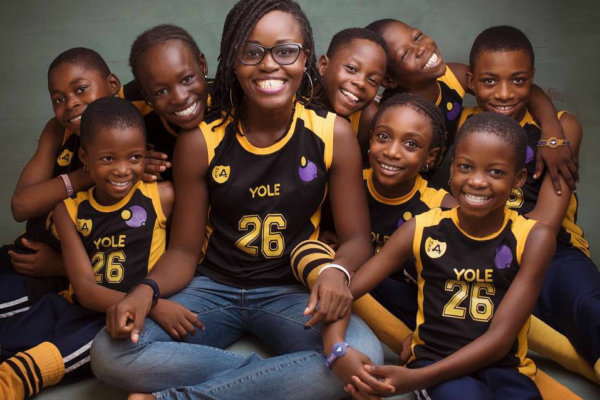 The highlight of it all was having Naomi Campbell visit the kids in Nigeria. Until then, not many people knew them and those that knew them didn’t pay much attention to them.

However, three weeks before Naomi Campbell’s visit, 26-year old Seyi Oluyole, the founder of the Dreams Catchers-a platform empowering street and despondent kids through dance, was at the verge of giving it all up.

The people who used to support Seyi’s cause stopped because they were affected by the state of the country’s economy. Tired, she decided to pack her stuff and leave the house without the kids seeing her.

“When I started with the kids, I had made them so many promises that it would work out and all they needed to do was work hard. As a matter of fact, I did give myself a year after last year. I was very close to walking away at some point. What always brings me back is where the kids will go to.”

Encouraged by Naomi’s visit, Seyi believes that it was only a matter of time before everything got better.

In this interview with Sola Abe of Woman.NG, Seyi talks about her journey with the Dream Catchers kids.

Seyi wasn’t expecting what life threw at her family but when the challenges came, she made something good out of it, not only for herself but for other children who needed help.

Seyi’s parents had some financial challenge and had to leave their home in Mile Two.  They lived at her Uncle’s house for a while.  Sometimes, they slept in churches, other times they slept under the bridge in her dad’s car.

At 13, things got a little bit stable for her family and they settled in Ebutte-Meta, where they lived in the slum area. Life at Ebutte-Meta made Seyi realize that she still had it better than the kids she met at the slum.

“I was quite young and wasn’t used to that kind of life so it was a life changing experience for me. It made me independent and it also made me see life in a different perspective.

When we moved there, I met some kids and realized that even though we had been through some tough times in the past two or three years, what I had seen as a tough time were the reality of these kids.”

Even though things were a bit difficult for Seyi’s family, her father made sure she went to school and then, she made another discovery about the people in the slum.

“People lived in wooden houses beside the beach. They did not have bathrooms and the children barely went to school. The highest achievement was JSS3 for the boys and the girls usually dropped out before JSS3 due to pregnancy.”

Seyi wished she could do something about it but didn’t know how. A programme in church soon led her to teaching some of the kids how to dance and subsequently she formed a dance team-The Victorious Dancers.

Few months later, an event which helped her figure out how she can help the kids happened.

“So, one time, Omotola Jalade was having a youth empowerment programme. We tried to get a slot and the kids got in and gradually I realised how much they loved dancing and I figured that I could use it as an opportunity to keep these kids in school.”

That marked the beginning of Seyi’s work to getting indigent kids back to school.

Seyi concluded her tertiary education in the year 2012 and decided to travel to the US with hope of starting a new life since most of the kids she was working with, had grown.

However, volunteering for the ‘at risk kids, who were from the hood where there was always gun violence made Seyi think that they were taking many things for granted, “because they had good educational system, they would get breakfast and lunch in school, which doesn’t happen in Nigeria.”

One day, while going through old pictures of things she had done with kids in Nigeria, she felt like coming back home to continue. So, in October 2014, after a lot of resistance from some of her family members and friends, she decided to return to Nigeria.

“Obviously, it sounded very crazy that I would leave the US and come to Nigeria. When I was coming, I didn’t have any job opportunities that I was coming back to. All I did was save up some money and I brought it down here that I was going to try to do something for myself.”

November 2014, Seyi started with a new set of kids and today, she’s happy she took that decision.

Before Seyi travelled to the US, her family had moved to Ikorodu but she always went back to Ebute-Meta to help the kids with school materials. It was a way to “keep tab of my root and make everybody understand that I still remember them.”

So, when she got back, she got someone who helped her spread word to the kids interested in dancing and they started again. Seyi had 16 kids answer the call but some left because they felt they were too old and some weren’t allowed by their parents because they had to hawk for the family.

For those that stayed, Seyi taught them how to dance during the weekends, and, whenever she was going back home, some of the kids would beg to go with her but she couldn’t take them along as she was living with her sister.

Asides teaching the kids how to dance, Seyi was also sponsoring some of them in school. Infact, whenever one or two fell sick, their parents would call her. So, when she got her apartment, many of the children’s parents were open to the idea that they could live with her but she could only take in three of them because of funding.

Moreover, it had always been Seyi’s desires that the kids live with her especially the ones she was sponsoring in school because they were not making any progress as there was no one to monitor them or help with their homework.

Through her boss, colleagues and friends from her social media platforms who supported her cause, she was able to take in more kids. Presently, Seyi has 10 kids living with her and going to school.

“This is something that makes me happy. I’ve tried living without it for two years that I traveled to the US and I felt very miserable. I have come to the realisation that if I am not doing this, I won’t be happy. This is mostly because I know what I went through.

I remember as a child that I used to dream about someone just picking me up and helping me or someone just taking me for a dance class. So, for me, it’s just like I can do this for these kids even though I didn’t get this thing, I can offer it to the children.”

Challenges with the kids

As expected, the journey has not been smooth and one of the challenges Seyi faces with the kids come from their uneducated parents who are not “open to the whole process. They don’t understand what is happening.”

Also, because the kids are from different homes, they tend not to get along with each other as they want to win Seyi’s heart.

Helping some of the kids, who were involved in petty crimes, to let go of these bad habits wasn’t a walk in the park. Curtailing their freedom didn’t also come easy.

Has she had any reason to want to send a child back home?

Oh yes. When some kids prove too difficult to deal with, Seyi is tempted to send them back home but she calls their parents instead and with a thorough warning, “you are not coming back to this house if they send you away from there, don’t come here,” they adjust.

Sadly, on some occasions Seyi has regretted pouring her heart into some kids because they threw her love in her face. Thankfully, some kids, who understand they are being offered a better life on a platter of gold and show their gratitude makes the whole journey worthwhile for her.

“They’ve come to understand what Aunty Seyi is saying that ‘our life will be better than what our parents have and we don’t have to be in one room apartment.’”

But despite all, Seyi has learnt vital life lessons from the kids.

“I will say resilience because some of them have been through crazy things and they have been able to grow past it. It has shaped them in different ways. I have two siblings that went through the same thing, it made one very tough and it made the other very fragile and always scared.

They are also very trusting. There are times I learn dance from them even though I’m the one teaching them.”

Since Naomi Campbell’s visit, people have reached out and ask how they can support. Gratefully, Seyi hopes people can donate more. According to her, all the kids attend private school in Ikorodu, where the cost of living is not so high.

With the youngest of the children in primary one and the eldest in SS1, Seyi hopes she can send them through tertiary education.

“Getting funds has not been easy. The funding is from me, other people on social media platforms and my colleagues from work. In 2016, we got a CSR from a company.

So far, what we do is reach out to people. Some parents refuse to come and visit until they have enough money to buy something when coming. They are like, you are doing so much, I can’t just come empty handed.”

Criteria to accepting any child

While Seyi’s dream is to build a real home where street kids can do positive things, “I have a lot of parents that have walked up to me and say ‘please help my kids’ but I don’t have enough resources to do that,” Seyi says there are criteria to accepting any child.

“The child needs to need this opportunity. Some children are okay with the life they are living.  So, it has to be children that really want the opportunity and I really need to be sure that you are from a background that needs help and not that you’re trying to take advantage. 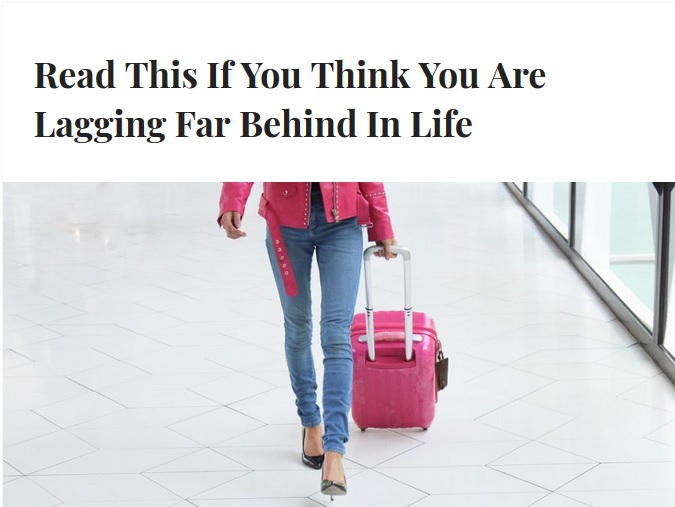