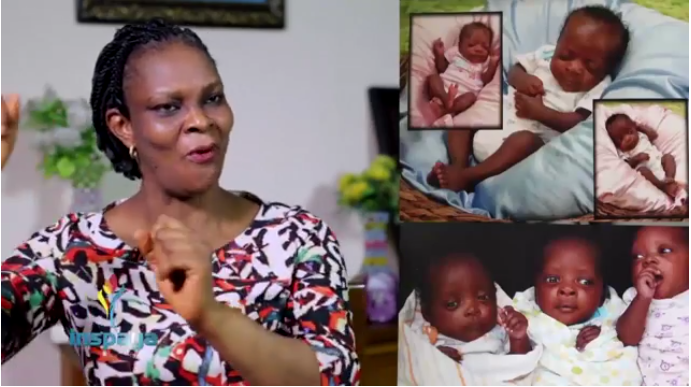 “In Africa, if you don’t have a child as a woman, people don’t think you’re a woman. Achieve all you want, they still look at you like you are not complete and some are mean” Ose Okoye says as she narrates her journey to motherhood, having waited for 15 years.

Ose met her husband in 1996 and they got married in 2001.  Years later, they sought medical attention when there was no sign of pregnancy. While Osei’s husband was diagnosed with low sperm count, she was diagnosed with multiple fibroid and they started treatment.

With nothing to show for their 10th year wedding anniversary, Osei tried IVF but it wasn’t successful. In their 13th year anniversary, God told Osei’s husband not to fear.

Through the years, the couple were always asking for twins but during a prayer meeting, Osei decided to ask for triplets. In 2015, she took in and was told she was carrying triplets.

Osei welcomed her triplets as a 47 years old woman going on 48!