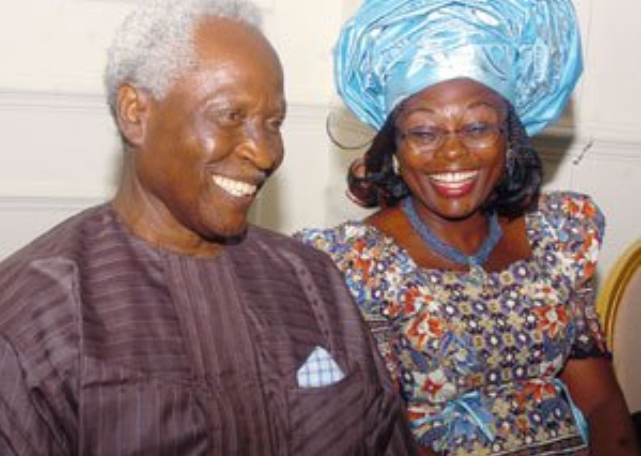 Many years ago, married Nigerian women were required to have a letter of consent from their husbands before they could be issued a Nigerian passport but Dr. Iyalla Amadi changed that.

Dr. Iyalla Amadi protested and fought on her behalf and other Nigerian women. She took the Nigerian Immigration Service to court over this and won. Dr. Priye Iyalla Amadi was the wife of late renowned author, Elechi Amadi.

Dr. Iyalla-Amadi had sought a replacement of her international passport in February 2008 and among the list of documents she would attach to her formal application was a letter of consent from her husband.

Displeased by this, she protested that an adult should not need the consent of anyone to get a passport but the NIS wouldn’t budge, so, she took them to court and won.

The NIS argued that Nigerian married women are grouped together with minors by the government as persons who require consent from the head of the family. They also argued that the consent was put in place to establish the authority of the man over his wife, no matter her status in the society, so that the marriage institution would not crash.

The NIS however lost the case as the court declared their argument as unconstitutional by the Federal High Court in Port Harcourt.   According to the judge, the policy has no place in 21st century.