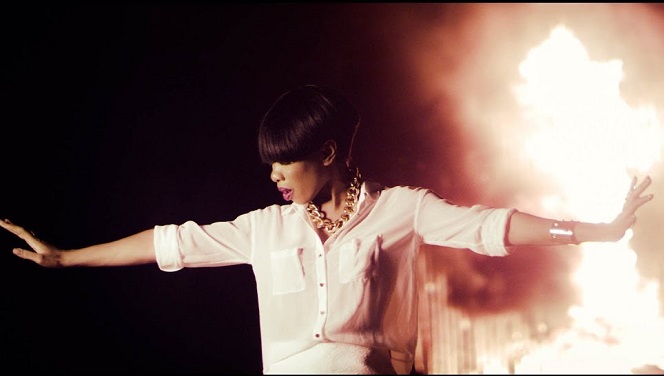 In another episode of DANGMonolgue, a series which shares the firsthand stories of people we thought we really know, Modupe-Oreoluwa Oyeyemi, popularly known as Mo’Cheddah is the latest guest.

In this new episode, Mo’Cheddah narrates the rise and fall of her music career, her battle with depression and how she rose from all that darkness to find her happy place.

Growing up, Mo’Cheddah knew she wanted to be a singer. In fact, she became an active singer at 12 as she was always at the studio recording songs. Thankfully, she has supportive parents. At 16, fame found her and she was ready for it as she had always knew she had greatness in her but there was one thing Mo’Cheddah wasn’t prepared for.

I was brought up to be very honest, proud about my emotions and to make my own choices. My mum never forced me to do anything, she trusted me at such a young age to choose. Coming from a naïve, god-fearing background and I was such a cutie and then I went into the world of adults and I was basically thrown into a jungle and people didn’t care if I was 16, they attacked me.

The industry was hostile. I would enter a room as a 16 year old and a 40-year old woman will look at me and say look at you. I didn’t get it because I was too young to understand. I would go for a show and a grown adult would be fighting to perform before me. I would be performing and they would turn off my mic because the A-list artiste doesn’t like me. I didn’t get it. I didn’t know there was hate, because I never knew hate.

I told my mum one day, I said, “Mummy, you taught me everything about love, but you did not teach me that there was hate” and I don’t know why she did not because the truth is that there is hate in the world. In as much as she taught me to love fearlessly, she never taught me to be careful so I went into the industry thinking everybody had a mom like mine.

I went into the industry thinking everybody loved everybody and I didn’t understand that hate. At 17, when I won an award, people I knew started trolling me online.

“Why did she win the award? This person is also supposed to win the award,” people started asking why, writing stories about me and questioning me.

How do you say an 18-year old girl is sleeping with people? How do you say a 16-year old is a prostitute? How do you found out that I’m in line to get an endorsement and a 50-year old woman call and say, ‘I don’t like her.’ How do I meet a legend and I kneel down to greet her and she says, “get off me”. A woman I have looked up to for years. The industry was hostile!

At 21, I started fighting legal battles with men I called my brothers because of money and that was when I knew the world was messed up. I knew that the only person you can bank on is you. that was when I knew I was on my own. I was poor but I wasn’t depressed because my parents didn’t teach me to value money.

I thought that I had failed especially because I though that business would pick up. They had hate for me so they started bad-mouthing me, so much that people were asking, “Where is Mo’Cheddah?” and nobody wanted to work with me because they hated me and they wanted to do everything in their power to ruin me.

Watch the full interviews below