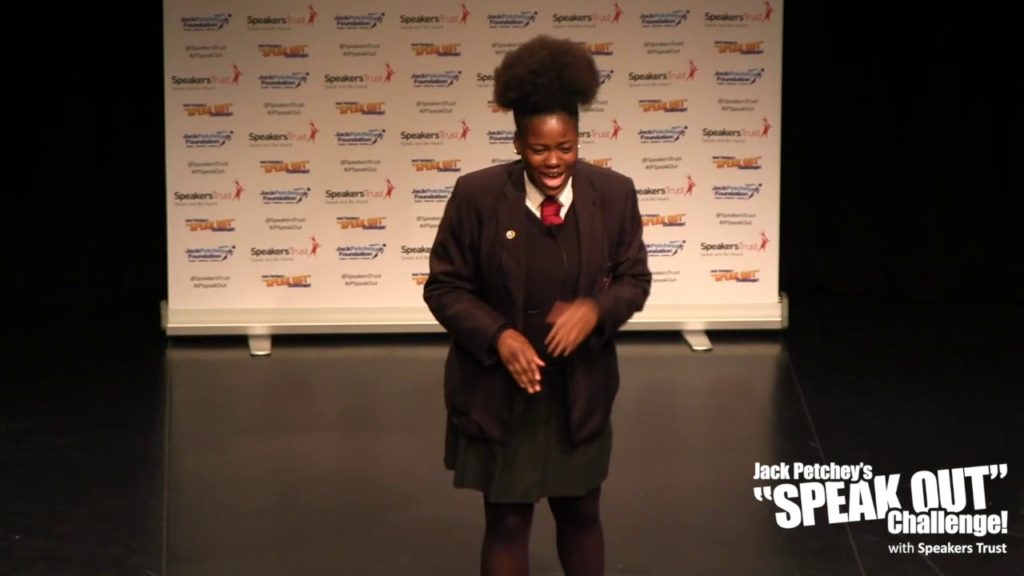 Keji, a student of of Arts and Media School Islington in the UK, won the challenge with her “My Accent” speech. We can all resonate with Keji’s speech as it addresses the way people judge others by something as fleeting as their physical appearance (in this case, the accent) and not by their potentials.

“When people first see me, they see this beautiful, this gorgeous, stunning chocolate goddess, but when they here me, they suddenly have this look of confusion or suddenly have something offensive to say”, she said.

Being an immigrant in the UK, Keji’s speech reveals her experiences and the misconceptions people have about her because she is African. She recalls an encounter with a student who told her she didn’t know she could speak English, Keji said the words of that student stuck with her.

Jack Petchey’s “Speak Out” Challenge! is the world’s biggest youth speaking event! The Jack Petchey Foundation recognizes the positive contributions young people make to society and to support them in achieving their potential.