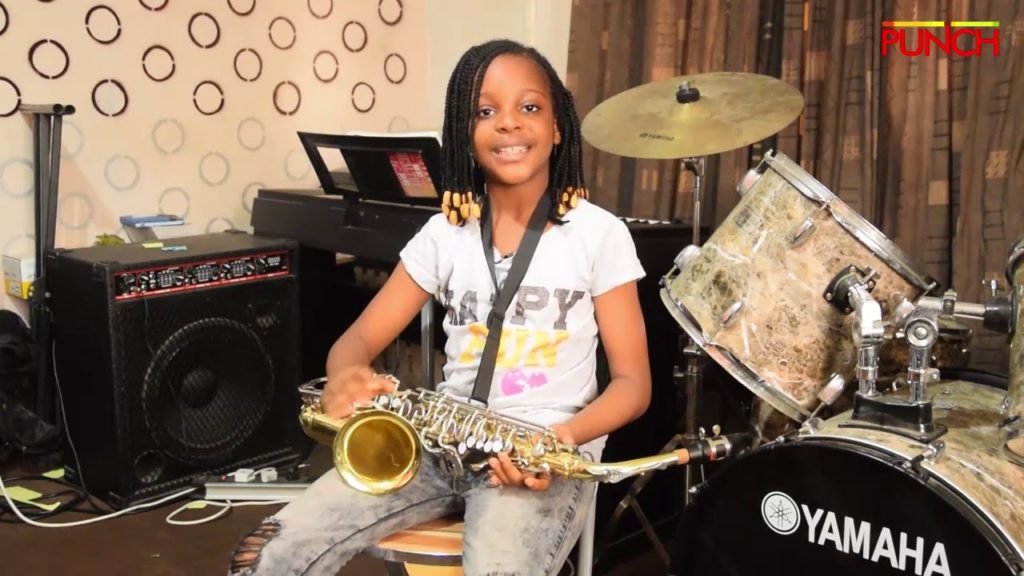 Temilayo Abodunrin is a nine year old saxophonist, who started playing at the age of six.

She was first introduced to the keyboard and at the age of four, she was playing at churches, weddings and concerts. However, Temilayo’s encounter with saxophonists at a concert got her interested in the instrument.

Her parents got her a saxophone and she has been playing at weddings, concerts, churches and other events.

“When I’m about to play, people look at me and think I’ll play nursery rhymes but when I get onstage and start playing my scales, the like my tone and they start to record, which are some of the things I like. So, when I start playing, they pay more attention to me”, Temilayo tells Punch.

Temilayo has a full band and has performed at events like Hi-Impact Praise Blast, OluJazz Live-In Concerts, Johnny Drille’s concert, Alabaster Box and many others. Temilayo studies during the week and dedicates her weekends to rehearsals as she is working to release her album later this year.