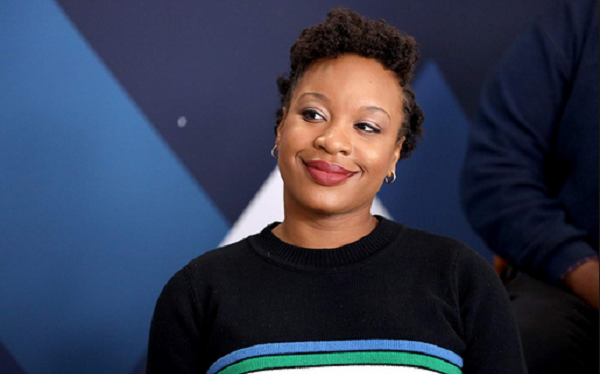 Chukwu, is a Nigerian-born, US-raised screenwriter, producer and director, whose works had received several recognition, grants and awards.

Her film, follows the story of a prison warden, (played by Alfre Woodard), struggling with the emotional demands of her job.

According to IndieWire’s review of her film, Eric Kohn said, “Alfre Woodard embodies the extraordinary challenges of a woman tasked with sending men to their death, while bottling up her emotions so tight she looks as if she might blow.”

CLEMENCY triumphs because of the years of research, service, and heart @ChinonyeC put in to this film. Chukwu captured reality because she actively sought and witnessed reality. @clemencythefilm

I had the honor of seeing @clemencythefilm today @sundancefest! Poignant, powerful and masterfully told by writer/director @ChinonyeC!

An audience member next to me wailed loudly throughout the film this morning. @clemencythefilm grabbed me by the throat and didn’t let go until Alfre Woodard exhaled. Well done, @ChinonyeC!!!

You are one incredibly brave, amazing & beautiful person to make this critical film. Thank you @ChinonyeC for all the light & love you’ve brought to this critical subject. 👊🏾✨❤️ Let humanity continue 2 #wakeupwiseupriseup to what it is to be a living life as a whole human being.

🙏“Clemency is one of the toughest films playing in the Sundance’s U.S. Dramatic Competition this year, but with its tactful and rich world-building for its story about the death penalty, it’s also one of the best." https://t.co/1Vq3aaJwiO

I just finished watching @clemencythefilm and I just have to say that I am completely blown away. Alfre Woodard’s performance is one of the best I’ve seen in years and Chinonye Chukwu’s writing and direction was phenomenal.

Holy good grief. @ChinonyeC ‘s #clemency (and her heart behind it) was profound & haunting. I hope it gets all the attention & all the awards. What a privilege to sit in the presence of her artistry.

CLEMENCY is a powerfully charged drama about the emotional cost death row takes, not just on the inmate but also those forced to carry out the sentence. Alfre Woodard & Aldis Hodge give unbelievable performances that brought the entire audience to tears. #Sundance #NBPSundance19

Clemency is emotionally intense, and opens a well-needed dialogue about the American justice system.

Alfre Woodard deserves awards consideration. The final shot had tears streaming down my face, and left me stunned.#sundance

CLEMENCY: A terrific ensemble of actors work in concert to deliver a low-key, deeply humane story about people who fear they’ve wasted their lives. Please let some smart distributor pick up this film and give it the platform it deserves. #Sundance

They Said She Will Not Excel As An Actress, She Did. They Dismissed Her Chances Of Being A Movie Director, She Made Hits! – Read Omoni Oboli’s Gratitude Note

This May Look Like a Scene from a Scary Nollywood Movie, but It Happened For Real to This Woman on the Streets of Lagos